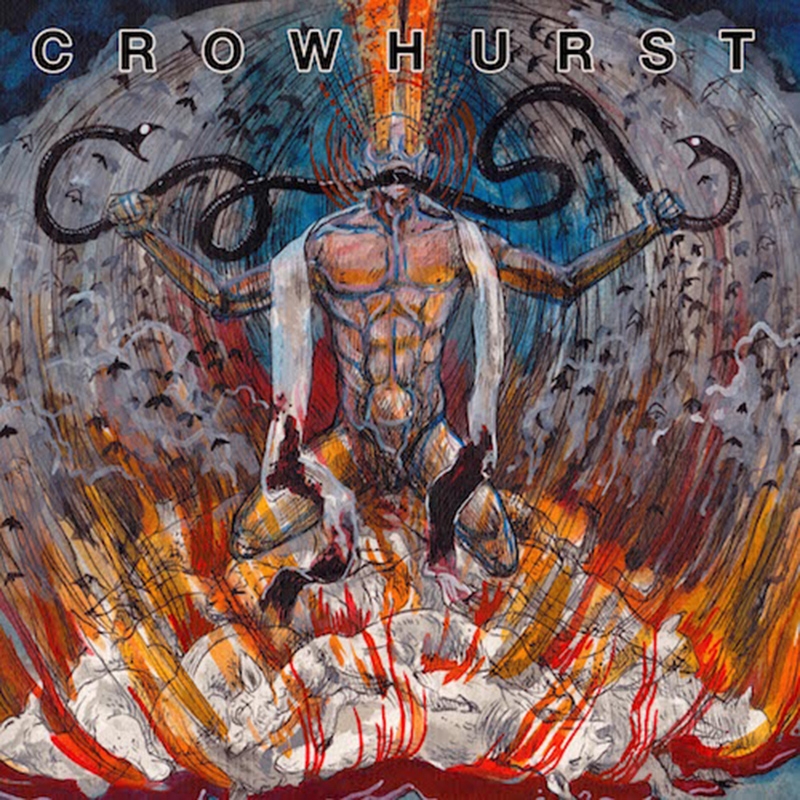 Crowhurst
Self-Titled
Ivory Antler
Street: 04.10
Crowhurst = Deafheaven + Mutilation Rites + Wolvhammer
Digging back, Crowhurst began as a one-man experimental noise project, and if that’s what you were expecting from this self-titled album, you’d be way off. Crowhurst’s current incarnation is a blackened doom band with the moniker Girl 27 reserved for noise projects. This creates a split in perception—not having knowledge of prior releases, this record is good but not remarkable; knowing the noise history makes this a curious evolution. Early tracks “Judgement” and “It Is The Mercy” stand out, but the latter half is standard blackened doom, minus a guest appearance by Oxbow’s Eugene Robinson. Knowing the praise for Crowhurst’s prior noise work creates the question: Why alter and make music in such well trodden territory instead of cutting-edge and confrontational noise, or further incorporating those elements in this release? Perhaps the audience will be larger, but it seems that Crowhurst’s artistic legacy lies with the trail forged in noise. –Peter Fryer
Photos: