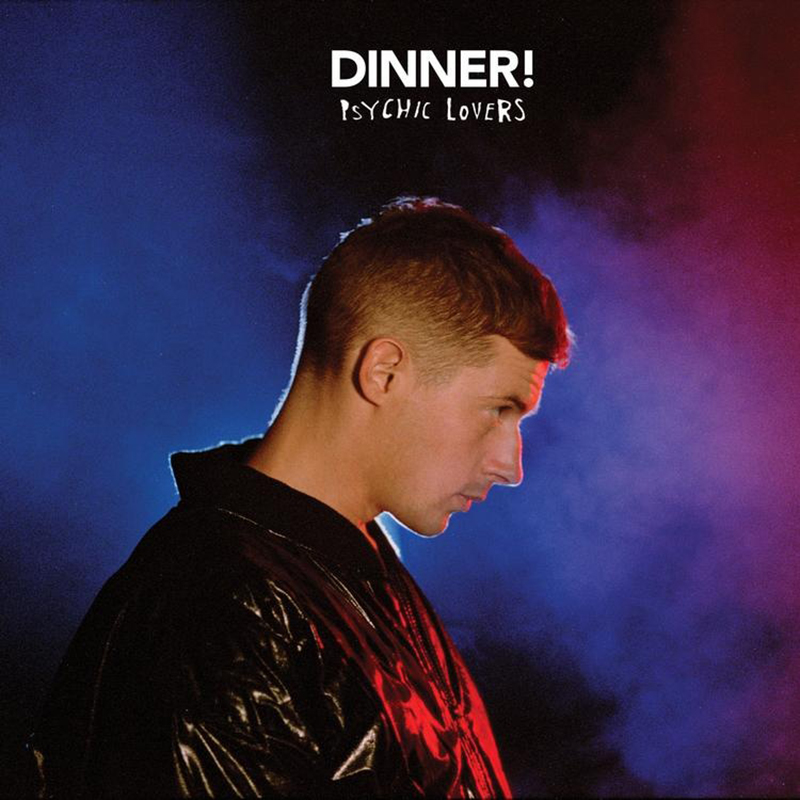 When the opening track of Psychic Lovers, “Cool as Ice,” plays, you can almost guess what you are in for: dreamy, ’80s-inspired synth pop. What you don’t expect is the deep, almost jarring voice of Copenhagen native Anders Rhedin—the creative force behind Dinner—to come in, thickly slurred with a Danish accent. Paired with the overly simplistic lyrics and the bizarre, Apple-PhotoBooth-circa-2008 music video for “Turn Me On,” there is a humorous component to Dinner’s oddball persona and his execution of Psychic Lovers. His voice is such a deep bass/baritone that it’s almost distracting at first, but the mastery behind each vintage mix eventually normalizes the unusual quality of his voice. As a typical opener for label mate Mac DeMarco, the offbeat quirkiness and apparent randomness that DeMarco is known for are also second nature in Dinner’s music and personality.

There is also a definite deliberation to each track that is hard to ignore. Unlike artists who use a lot of ’80s and ’90s-inspired tracks as an ironic element in their music, Dinner veritably takes you to that era—nothing in Psychic Lovers sounds like it was produced in this century. Standout track “Turn me On” features a beat where every single detail oozes ’80s, to the point where you could envision it on The Breakfast Club soundtrack. While the lyrics are a little simplistic—“I’m a normal guy / With a normal life, any day now / Something’s going to turn me on,” completes the first verse and chorus—the beat is so driven and complex that it makes the track easily one of the most memorable on the album. “Cool as Ice” has a similarly infectious feel to it, with a popping, distorted bass line prevalent throughout, which has already been compared to the Miami Vice theme song and features an effortless chorus that is just as catchy.

It’s the slower-tempo, less-instrumental tracks that are more difficult to enjoy on a basic level. “Kali, Take Me Home” features Dinner singing an interesting vocal leap in each verse. Although Dinner certainly possesses the ability to go outside of his range a little bit, the existing depth of his voice gives this kind of vocal jump a comical element that I’m not sure is supposed to be there. “Lie” faces a similar conundrum, laying down fewer synths than the previous tracks to leave Dinner’s voice standing alone, which is difficult to listen to at first. Though “Lie” is a solid track, Dinner’s voice takes getting used to, so I had to listen a few more times before I could really enjoy the piece. That said, the unorthodox style throughout Psychic Lovers, as well as Dinner’s voice and aesthetic choices, are more elements that make Psychic Lovers unique among new releases that only pick at small bits of ’80s culture to use. Dinner immerses you entirely in the nostalgic feeling of that decade. –Ali Shimkus