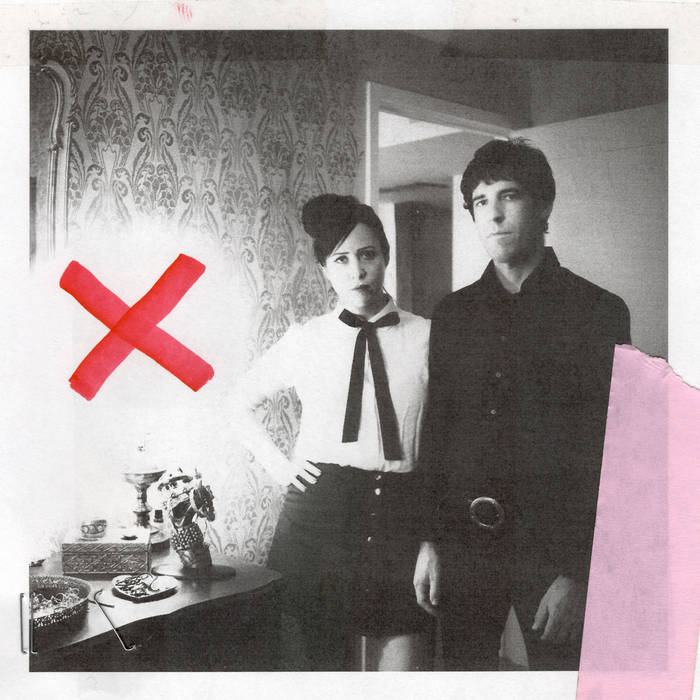 Dion Lunadon might best be known as the powerful, enigmatic bass player of noise-rock trio A Place to Bury Strangers, but this title alone fails to accurately define a musician as dynamic and expressive as Lunadon, as his first solo effort clearly shows us.

Lunadon’s stage presence and bass prowess is revered, and it’s interesting to see these qualities transfer over to his debut solo effort. The self-titled album, clocking in at just under half an hour, is some of what you might expect from someone with Lunadon’s pedigree, but still offers up many pleasant surprises. Former APTBS drummer Robi Gonzalez provided the percussion for the album, and Gonzalez’s tight, deliberate attack pairs perfectly with Lunadon’s high-octane and brash approach.

As with anyone associated with APTBS and Death By Audio, the first thing you might expect is loud noise and unimaginable tone. The album’s opener, “Insurance, Rent and Taxes,” begins at breakneck speed and delivers focused, fuzzy guitars and bass sitting just on the edge of feedback. This track gives way to “Reduction Agent,” a steady number that sounds as good as any (if not better than) the best garage rock revivalists’ attempts. What Lunadon has that his contemporaries do not is thoughtful, conscious tone. The attention to sound, texture and timbre on the album is apparent throughout its 29 minutes. Never overwrought or inauthentic, Lunadon’s approach is real, raw and visceral.

Organs are complemented by quick snare-blasts and blown-speaker bass fuzz on “Fire,” the album’s third track, its squealing lead guitar cutting through the mix with Lunadon’s reverb-laden voice shouting, “I’m stressed out by the negative vibes / It sounds like the truth but you know it’s a lie / Fire!” This is honest, frantic rock n’ roll.

While we’ve already heard Lunadon’s natural propensity for all things garage, noise and punk, “Hanging By a Thread” stands out as a note in the Krautrock and post-punk journal, reminiscent of Neu! just as much as it is Joy Division’s “Interzone” or something by The Feelies.

“Hanging By a Thread” ends too swiftly, but opens the doors for the album’s sixth track, “Move,” which is heavier and far more hectic than anything preceding it on the album, coming across as a mid-summer lovechild between Hot Snakes and The Jesus Lizard, the churning, 1,000-pound chords eventually maturing into anthemic and punk-sounding riffs, at times bordering on crust and art-rock.

“Howl” sounds like Silver Apples were in a car accident with Pere Ubu, while the rest of the album feels like White Light/White Heat influenced by lager and uppers (if it wasn’t already), with maybe a further nod to Lou Reed‘s Heavy Metal Machine. The exception are the tracks “Ripper”—a fit of rockabilly that comes in at just a minute and a half—and the closing track, “No Control,” which again calls forth those images of creative, brooding Krautrock.

Aside from already contributing to the best half of APTBS’ catalog, Lunadon’s boredom from a lack of touring has given us another gem. While incredibly short, the album is never underwhelming, predictable or boring, instead coming across as a great example of how rock and roll should be executed, coupled with a good example of proto-punk minimalism. Lunadon’s music is relentless and charged and will never sound dated or uninspired. –Ryan Sanford