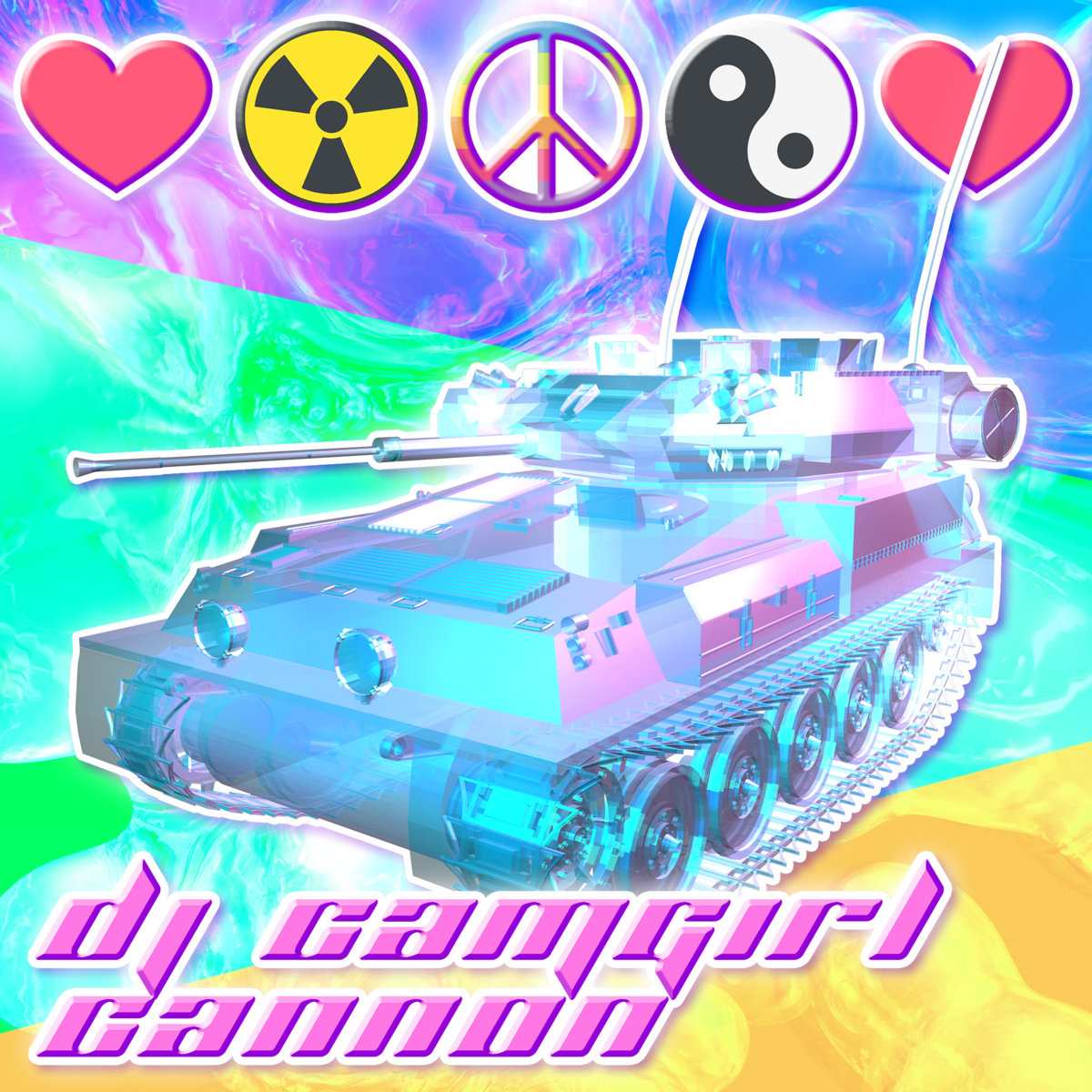 Opening with the shrieking of a siren and chopped-up bass, “Red Alert” kicks off the album with hyper beeps and boops all coming to a head. Eventually, the bass speeds up and the track almost enters into Extratone territory. “ULTRAGLOSS” follows with a chaotic mix of keys, distortion, and drum and bass percussion. This track elevates the chaotic, dancy energy that permeates the album. Creating more of an acidic house sound with elements of hip-hop thrown in for good measure, “ACIDIC MATERIAL” is more on the mellow side with an algorithmic flow that successfully  contains the chopped-up vocal samples towards the end of the song.

“GALAXY FORCE” kicks off with thumping bass and a chaotic percussion loop, all to build into a fever dream of whirling synths, keys and reverb switches. “SQUISH JUKE” (quite appropriately named) has a very tropical atmosphere about it, while also capitalizing on the use of an energetic beat and additional elements giving off a beach level vibe from a video game. “UNTITLED 69” is probably the most tame off CANNON, with a very consistent beat and a simple use of instrumental loops. Though the energy may not be as through-the-roof on this one, this track still stands as strong as the rest. As CANNON wraps up, “XOXOKO” gives a final burst of energy with a mix of wavy synths and a classic house beat.

CANNON ends as the familiar laser synths of PROMBLEM’s opening title track begin, hyped and fast with classic house and d&b elements.  Almost bleeding into one another, “Problems” quickly turns into “Blade Princess,” using similarly head-spinning drums and synths to open before melting away into a mixture thudding bass and percussion, allowing the later half of the track to differentiate itself.

PROBLEMS as an entire album feels like the culmination of an entire era of electronic music, with tracks using smooth synths and relatively mellow percussion, only for the construction of the track to diverge using distorted bass and chopped-up elements. PROBLEMS gives off heavy PC Music energy—on first listen and glance it’s obviously electronic music meant for dancing, but after multiple listens you realize how chaotic a club would look with people dancing to it.

DJ Camgirl’s ability to create tracks that walk the line of multiple genres without sounding messy or losing their energy is nothing short of masterful. Both CANNON and PROBLEMS also delivers in their mix of chaotic, genre-bending songs. Be sure to keep this release on your radar. –Connor Brady