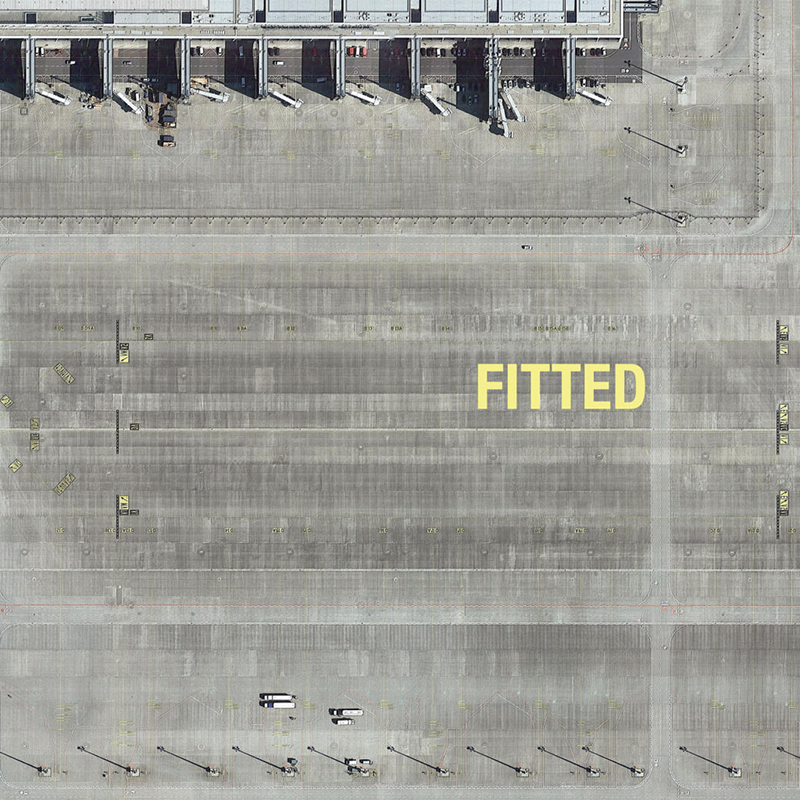 Mike Watt is one of those musicians who refuses to rest on his laurels. Even though, at this point, he totally could. Having played in Minutemen, fIREHOSE, The Stooges, and Dos—among countless other bands and side projects—Watt’s legacy will never be in question. He is a punk rock legend who has been playing seedy venues in backwater towns since long before any of us were old enough to get in. And for many of us, his bass lines have punctuated entire sections of our lives.

His latest project is a four piece supergroup of sorts called FITTED. Fitted started as a one-off project between Watt and Wire bassist Graham Lewis. Rounding out the band were Wire guitarist Matthew Simms and Freeks/Fearless Leader drummer Bob Lee. Both Watt and Lewis play bass, and they also share the vocal duties. Originally, the band was going to play a single show as a part of Wire’s 2017 Drill LA festival, yet here we are two years on and FITTED has decided to release an album of original material entitled First Fits. The music feels closer to the early Wire records (Pink Flag and Chairs Missing) than it does to any of Watt’s bands. Though, when the band really hits its stride, the bass and drum work is at least a little reminiscent of fIREHOSE.

The record itself is difficult to describe. First Fits is definitely a rock record, but it is so much more that that. There is a mechanical feel to all of the six tracks that make up the almost 40 minute album. The album is mechanical in the sense that it sounds a lot like the noises you would associate with an engine: deep, rhythmic bass and drums that pop like pistons. At times, it can get a bit rough. But it isn’t all rough. Sometimes, like on the track “Training Pit Bulls for the Navy,” the vocals are delivered with a gorgeous pop-punk sentiment. Often though, the words come at the listener through a spoken word cadence. This is true of “The Legend of Lydmar Lucia” and for at least the first half of the track “Magically Blessed”—this latter song meanders through more than seven minutes of aggressive, psychedelic rock before exploding into pure feedback and cymbals.

In many ways, FITTED feels exactly like every other Mike Watt side project. It sounds like it was recorded several levels below the deck of a decommissioned steel freighter ship, in tight quarters where the sun could not possibly reach. The drums often chase the bass lines and work around guitar riffs in ways that make the listener feel both completely free and also a bit claustrophobic. Right when it starts to make sense to you, it changes direction and dares you to follow suit. This is how First Fits differs from Watt projects like Il Sogno del Marinaio or The Second Men, or even Dos—it refuses to stand still or drone on for too long. Every track is an adventure, and every adventure is full of more twists and turns than could ever be reasonably anticipated. And just like that, Watt took the bar that was already set impossibly high and lifted it up one more notch. –James Bennett