This new set of hymns from the highly praised Ghost B.C. has been even more bustled about than the bands debut Opus Eponymous. 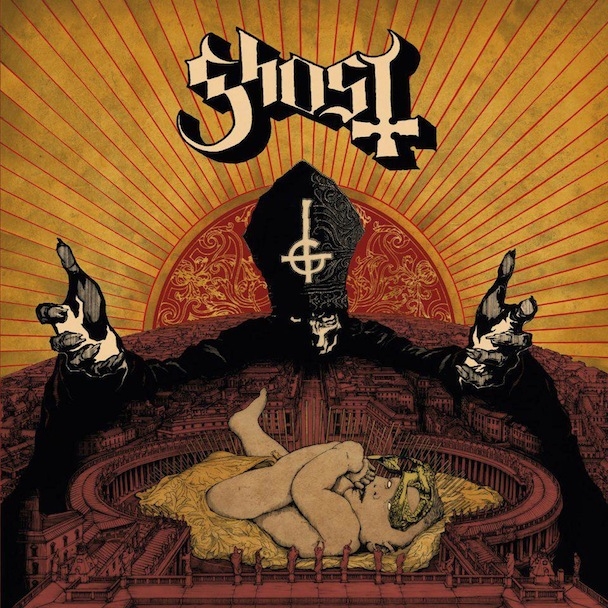 This new set of hymns from the highly praised Ghost B.C. has been even more bustled about than the bands debut Opus Eponymous. The album plays almost like a satanic rock musical with demonic lyrics and satanic church-sounding chants—it’s more rooted in straight up classic rock than metal, where the band picks up most of its audience. Initially, this wasn’t what was expected. I got to talk to one of the nameless ghouls of the band (last year) and realized from that interview that Ghost B.C.’s desire is to conjure images in your head-tell a story. Tempos change from highly upbeat rockers to mellow subdued crooners. It all feels very portioned and story-like. The tunes are supposed to be a bit tongue in cheek, stick in your brain long after the music’s stopped—just listen tracks like “Year Zero,” “Body And Blood,” and “Ghuleh.” so if the music feels like a fucked up Cirque du Soleil soundtrack just imagine what the live actions of Ghost B.C. are going to be like. –Bryer Wharton