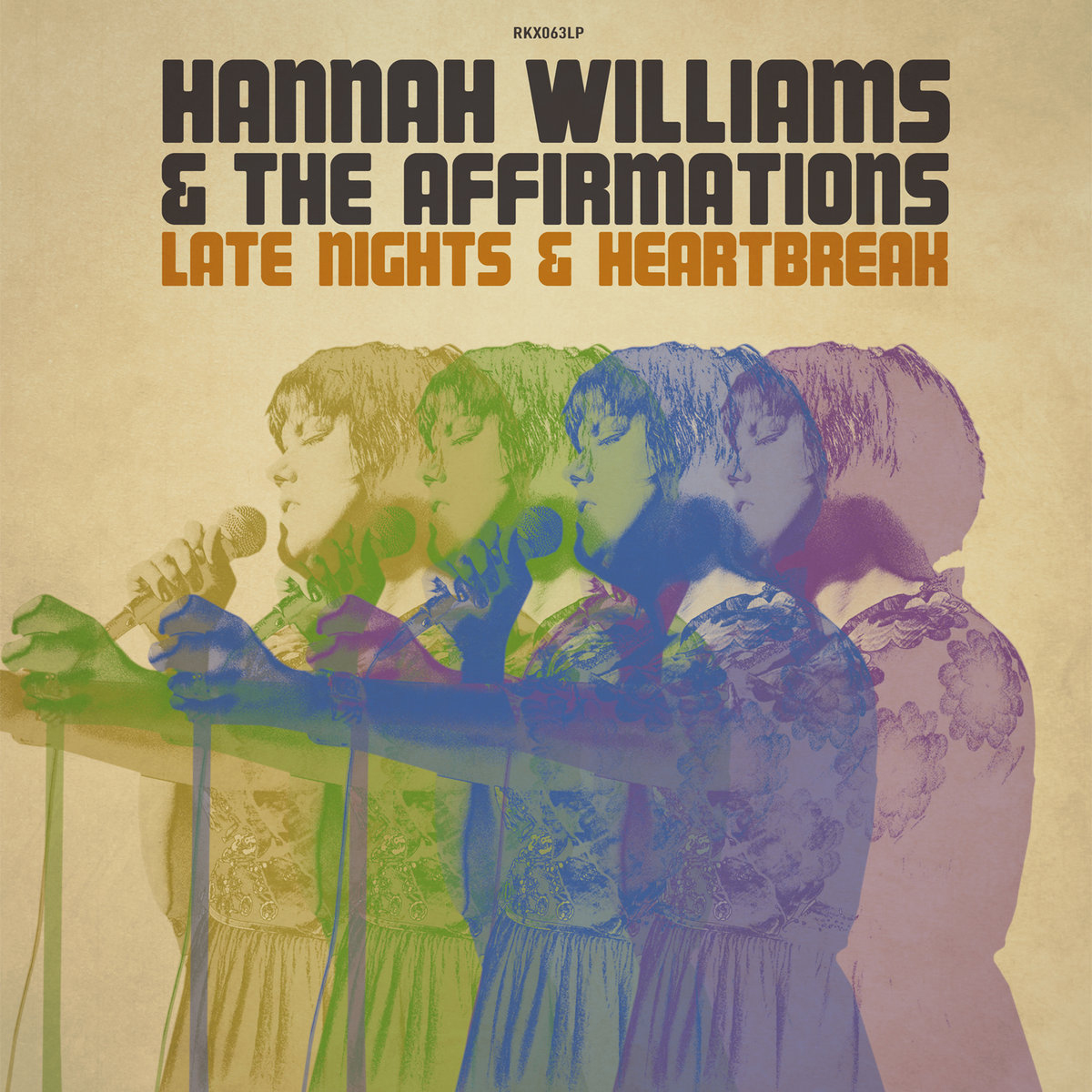 With each note and harmony, Hannah Williams is able hook on the listener’s heartstrings and grasp their very essence. Hannah Williams & The Affirmations’ soul nods toward the past and attempt to drag a nostalgic sound into the present. It is something that they do rather well. Late Nights & Heartbreaks touches on the dramatic nature of the genre while invoking a cool groove. Williams’ vocals invoke the memory of Aretha Franklin and the late Sharon Jones.

Hannah Williams & The Affirmations are a group whose power to inspire through music is stunning. Certainly, their style is one that begs for familiarity but never fails in their delivery of substance. The opening track, “Tame in the Water” takes a hold of the listener and gently sways them with awe-inspiring sound. No doubt a brilliant horn section help alongside soothing backing vocals.

“Dazed and Confused” starts out with a feeling of foreboding. It’s funky and drives home a sense of intensity. “Fighting Your Shadow” is a slow, grooving number that ought to get one moving. “Woman Got Soul” is a track that commands and boasts a catchy chorus that the demands to be sung and hummed along with.

The top number on Late Nights & Heartbreaks is “Ain’t Enough.” This track’s message is blunt, via its funk-driven delivery. With the backing of a strong horn section, Williams lays out the plain shortcomings of society to address the impending threats like war and a world going up in flames. “Ain’t Enough” is a track much like other protest anthems before it and, like those, is perfectly capable of driving the point home. If and when you purchase this album, you should play this soul number often and loud — it’s truly relevant.

Hannah Williams and the Affirmation  recorded Late Nights & Heartbreaks in London, England at Quartermass Studio. Drummer and producer Malcolm Catto—who is also known for his work with other artists like Connie Price &The Keystones and The Heliocentrics produced the album. Cotto has also produced albums by Mulatu Astake (Inspiration, Information) and Melvin Van Peebles (The Last Transmission).

This is an album that’s soaked in brilliance. From start to finish, Late Nights & Heartbreaks, captures a certain elegance and dazzles with defiant beauty. It’s soul music that clearly draws from the genre’s roots. Although this album boats a sound that could be placed in the past, its style will—like its forbearers—stand the tests of time. With Jones’ sudden departure and Charles Bradley’s shaky foundation, the world needs artists like Hannah Williams & The Affirmations. They’ve got a magic that shines a light in the enveloping darkness. It’s a light that offers something hopeful that will only get brighter with each listen.

This is music that is easily accessible and betrays no pretension. Late Nights & Heartbreaks is an album for our incoming age and, like those before, will guide us forward—one way or another. Be sure to pick this album up— it’s essential. –Nick Kuzmack