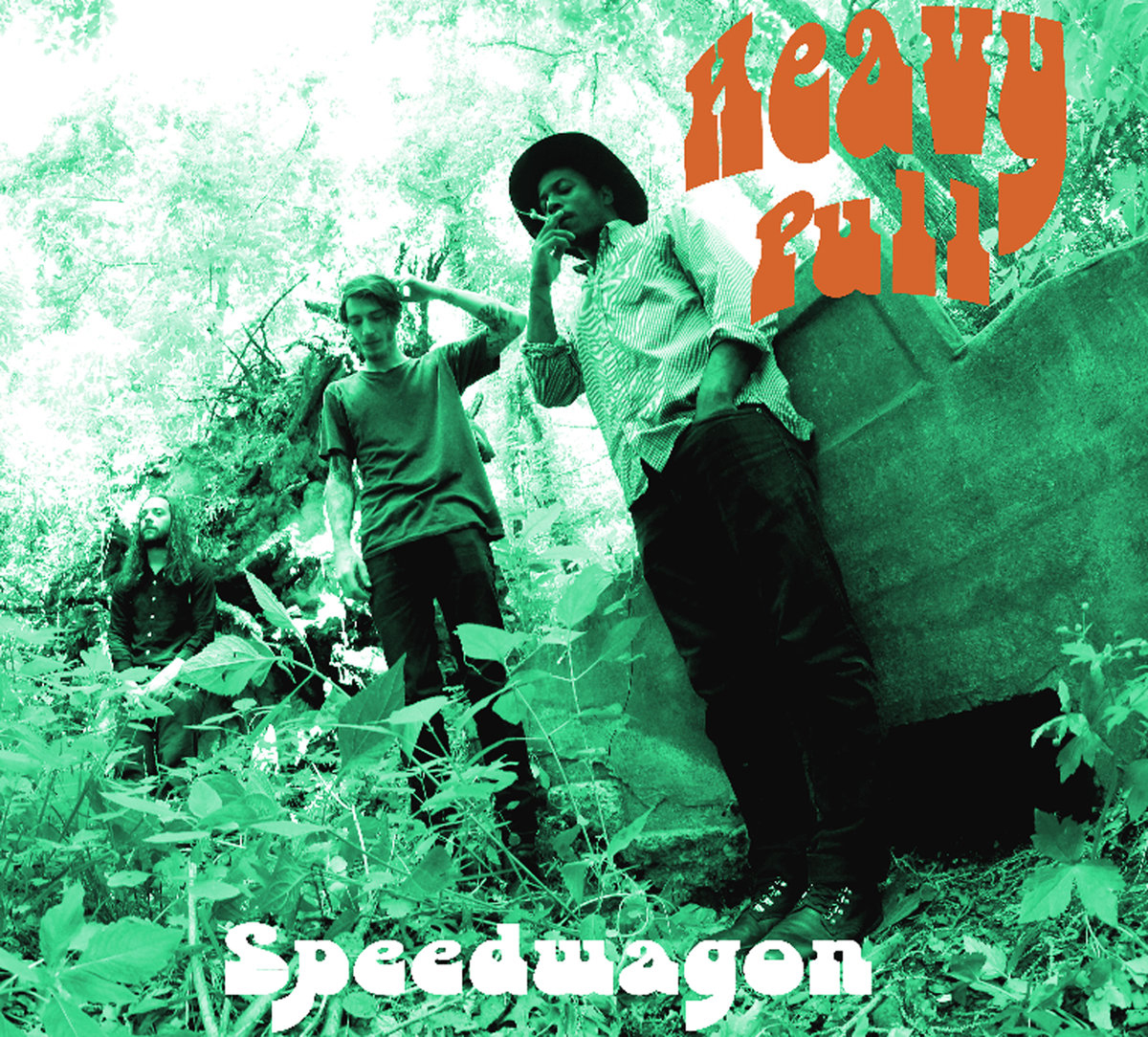 Memphis, Tennessee, is probably most well-known as Elvis’s hometown. It’s where blues was arguably popularized so much so that it exploded onto radio waves decades ago, with young girls screaming for the Southern hip-shaker to sing them the blues. Fast-forward to today: Modern-age Memphis might not be as well known for music as Tennessee’s other major city, Nashville, but behind the scenes, locals know that Memphis is still bubbling with some of the greatest blues, soul and rock and roll.

Memphis, Tennessee’s Heavy Pull are true rock n’ rollers with a lot more reverb. They have some slight elements of blues in their music, but they are hip to what is popular in the underground music scene, both in the U.S. and overseas. Speedwagon, Heavy Pull’s debut LP, is filled with droney guitar licks, swampy bass lines and hard-hitting drums — the core elements of satisfying psych metal. The revival of 70s, stoner, psychedelic metal was quite imminent given the resurgence of psychedelic rock over the last decade, and Heavy Pull are making their mark on the genre. The songs on Speedwagon jolt with raunchy authenticity, yet they occasionally teeter on the edge of bland alternative rock, but never fully loses the grasp on the melted sound that they want to embody—stoner metal.

Heavy Pull’s influence has a wide spectrum, which often makes each individual song diverse. The band can lean toward the sounds of ’70s and ’80s psychedelic metal, creating acoustics similar to that of England’s influential Witchfinder General. They also draw influence from ’90s grunge and refuse to fully abandon their home city’s roots in blues.

The track “Wicked One” opens up Speedwagon. Quinton Lamb‘s muffled vocals draw the listener in with a sultry, alluring sense of 90s grunge in his style. Ephraim Wilkinson crashes down on the hi-hat-like punctuation to the song while Zach Tierce adds to the chaos with static bass parts. Lamb howls on “Blue Child,” “Well I can see you, in that dark room child / open up that black door, let me in right now.” He calls on a woman with his effortless musical sorcery, singing like the grim reaper motioning you in closer and closer. “Set You Free” ingeniously alternates between fast-paced and sloshy tempos. The title track on Speedwagon is an instrumental testament to each of the band member’s talents. Lamb continues to ooze sexuality on “Out of Time.” His reverb-drenched voice sings, “I see you walking the streets now, baby / you make it easy for me. / I see you waving your hair now lady / You make it easy for me.”

Speedwagon is a declaration to the music world that Heavy Pull are ready to fight for a spot on the scene. They are impressive, persistent and anything but dull with their first-ever release. With a few more gigs under their belts, Heavy Pull are going to be able to smooth out the details of both their sound and essence. Keep your ears peeled for Heavy Pull’s upcoming tour dates in the near future. Salt Lake would surely be an energetic stop for them, considering the how popular underground metal is in our community. –Alexandra Graber