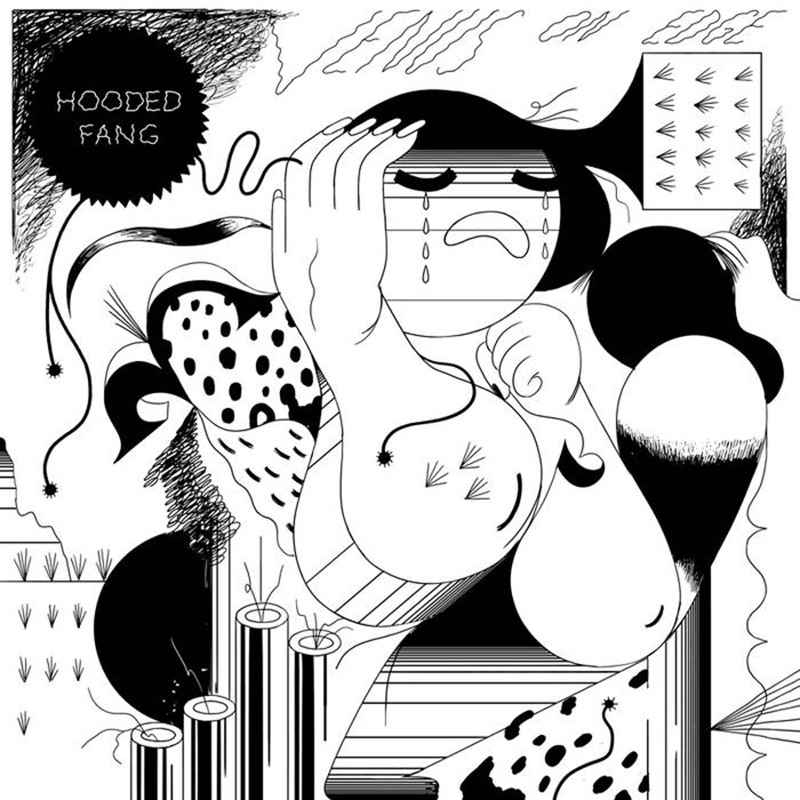 Four-piece Hooded Fang—the Toronto-based experimental rock group—are releasing their fourth, full—length album, Venus On Edge, on May 13 of this year. Hooded Fang’s band name alludes to a kind of hair-metal heavy rock group, but they are infinitely cooler and way more contemporary than that. Hooded Fang draw influence on Venus On Edge from a mixture of dirty punk rock and lo-fi, garage rock. They are forever aggressive with each smash on the drums and burnt out, drone-forward bass part, but frontman Daniel Lee keeps a mild melody in the music with his dreamy vocals that are ever so sweetly touched with reverb. Despite the album being full of surf rock, psych rock, experimental rock, strewn with a shimmery hint of pop rock, consistency is the key for Toronto’s Hooded Fang on Venus On Edge. Each song on could easily be shuffled out for another, as there is little diversity between each track on the album.

Since Hooded Fang’s last album, Gravez, the band has evolved into a less-polished version of themselves. It’s as if they wanted to see what it would be like to go in reverse of what a typical band’s evolution looks like, something like what The Beatles did between Help! and Sgt. Pepper’s Lonely Hearts Club Band. Well, it worked for The Beatles and it’s paying off for Hooded Fang. They have blossomed into a dirtier, grittier, rawer version of their former selves, and it’s only further forcing their listeners to be more deeply entranced with the rock group.

“Tunnel Vision” opens up Venus On Edge with a quite literal bang. The drums crash as the guitar slides heavily through each riff. Lee sings, “We sleep to dream away obscene / We sleep to drown inside that sound.” The lyrics are equally as sporadic as the instrumentals on the track. The album flows directly into another scattered track, “Shallow,” which easily has one of my favorite bass parts: It’s fast and commanding. Lee sings in his best vampire impersonation: “It’s a sickness you can’t see what’s going on.” Through the haze of the noise and revamping their sound, Lee may be speaking from personal experience, engulfed by anxiety of the shift in direction the band underwent. “Miscast” transcends psychedelia with ’90s garage rock, two musical genres that are incredibly lovable. The bass line stays ever present in the background with a perfect hook while the guitar screeches and wails and freaks out. Even Lee’s voice, which is usually the calm amidst the storm, goes awry. An even grungier track than “Miscast” is the song that follows it, “A Final Hello.” The bass booms steadily as the guitar and keys dance together like a bad circus song. Lee’s voice is reminiscent of an ’80s new wave rocker on acid. “Venus” ends Venus On Edge on an awfully robotic, static note. The song lacks the fluidity that many of the other songs on the album have, but still roars and screeches enough to leave you feeling what the core of Hooded Fang have become.