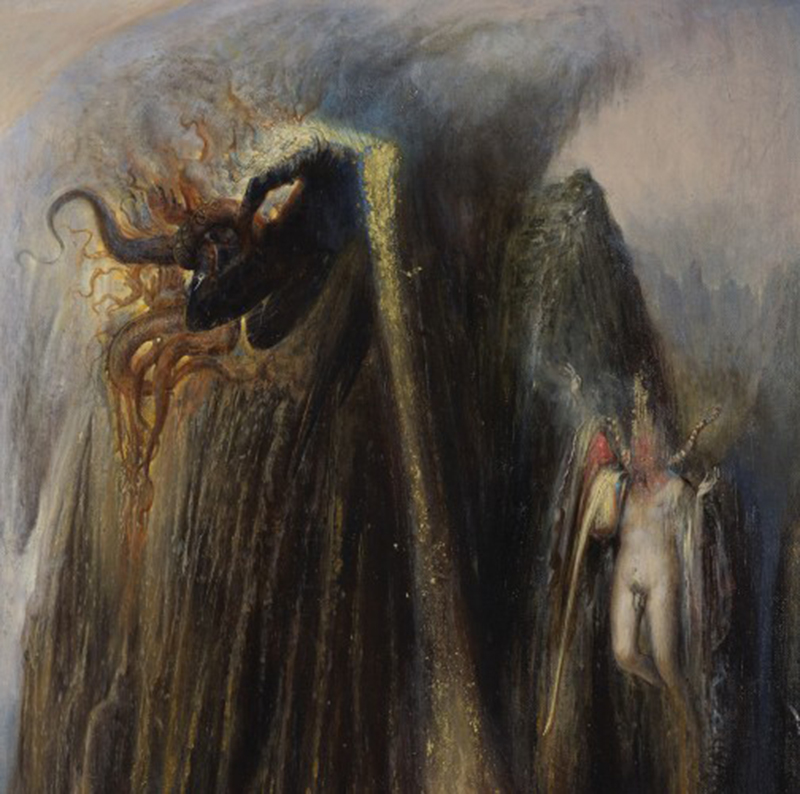 Howls Of Ebb are an interesting group from San Francisco and a top competitor for having the most illegible logo in extreme metal history. I’ll concede that I like the logo: It’s unique and fits the obscure, really-fucking-out-there nature of the group like a smelly glove. Who wants legible, anyway? Have you seen Xasthur’s logo? Do you even Bestial Summoning, bro?!

Anyways, Cursus Impasse: The Pendlomic Vows is, in a word, crazy. In a sentence, it’s sheer fucking insanity, the likes of which I’ve never experienced. The unprepared listener might get a headache if they take it all in one sitting like I did. The album has a groovy, free-form death/black metal thing going on that’s liable to change tempos at the drop of a pin, and you’re probably liable to drop anything if you’ve got this album playing. Trying to make sense of it is like trying to make sense of an insane asylum wall lined with excretion-smeared inscriptions that some maniac used for summoning nameless, forgotten demons. This is one of the most difficult reviews I’ve had to write, because there’s so much going on from one moment to the next—and I love this type of shit, if that tells you anything. The songs are longer with the exception of a haunting interlude (“Gaunt Vertigo”), and I’m quite impressed that the band can remember the song structures. They almost seem improvised, but somehow, I know that they aren’t. There’s too much skill involved for it to have been made up on the spot, and there are the lyrics to prove that it’s all set in stone (yes, the words are completely batshit as well). The guitars are competent and play disharmonic, discomforting riffs that require knowledge of “normal” chords and “conventionality” in order to avoid these overrated concepts. Said guitars often take a break and give way to bizarre bass and drum passages that clunk along like a possessed mammoth whose path tramples our fragile sense of reality. The vocals are versatile: growling in low pitches at times, speaking ominously at others and rapidly following the insane beat changes with shrill spats of glass-shard-projectile precision.