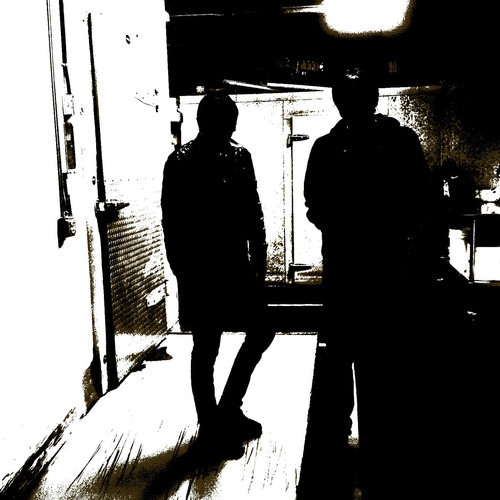 HURTR
Self-Titled EP
Self-Released
Street: 12.15.13
HURTR = Blvck Ceiling + Bruxa
Portland-based duo HURTR consists of vocalist Heidi Hull and Derek Stilwell. These two are pretty elusive characters. We can confirm, however, that Hull was, at one point, a Utahn and a member of the group Rope Or Bullets. HURTR’s self-titled release is a blend of moody, glitchy electro pop. It isn’t hard to tell that these two definitely possess some real talent, but it unfortunately fell a bit flat for me, and I had a hard time remaining interested throughout the several listens I gave the album. It’s a bit monotone and one-dimensional. “Along The Side” seemed to possess the most amount of character out of the entire album. It is upbeat and Hull’s vocals wafted above a synth-pop melody. It’s not an album I would recommend to everyone, but something I might throw on during a sad, one-night stand with an emo hair swoop from Tinder. –Kamryn Feigel