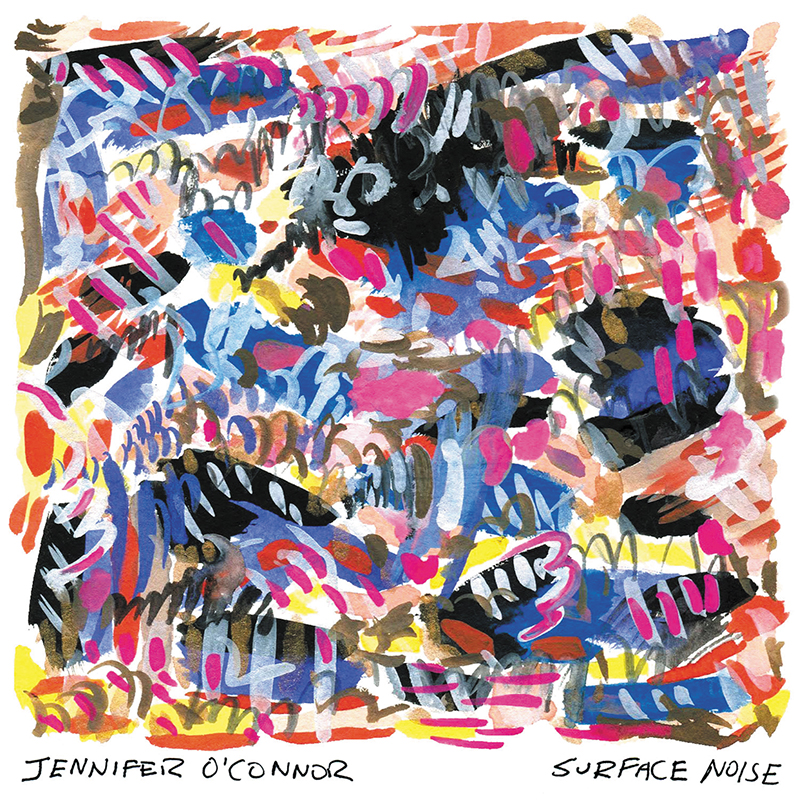 She could be anyone: the girl from homeroom who never has a pencil, the teen who loses her virginity in the backseat of a car. She could be the college freshman who gains 30 pounds and spends every Saturday night re-watching Muriel’s Wedding. She could be a depressive, a lesbian, a Republican, a tramp; she could be lactose intolerant. That Jennifer O’Connor could be all of these things is evidence of her greatest strength: a fiercely
relatable anonymity.

O’Connor, in fact, is a musician—one who breathes, grieves and loves openly. She wrote her first song in 1996, released her self-titled debut in 2002 and has since been articulating, somewhat impassively, the universal, oft-constrained and nameless inner voice. Surface Noise, O’Connor’s sixth studio album, compels that voice to grow and to be heard. A follow-up to 2011’s I Want What You Want, the LP discloses itself like a young woman’s diary, shifting from upbeat self-motivations to self-doubts in a matter of notes. (The double-voxed tracks scream Felicity Porter, a tape recorder and mid-semester ennui.) O’Connor, meanwhile, is periodically lackluster and holds true to her roots: the early ’00s. Somehow, she remains remote while still spilling her heart.

Surface Noise’s ardor largely stems from the instrumentation. Backed by drummer Jon Langmead and James McNew of Yo La Tengo, O’Connor assembles walls of sound—organ, melodica, piano, bass, electric and acoustic guitar—as if to hedge her sentiments from the reckoning of others. At worst, the stacked arrangement can be a slight distraction: overbearing drum machines on “Tell Me What You Need,” drowned-out vocals on “It’s Gonna Get Worse.” At best, it is quite moving. The resounding ivories and moaning strings on “Black Sky Blanket” bid a beautifully somber goodbye. O’Connor’s songs build like a feeling. Her lyrics are laced with gentle bromides (“It’s going to get worse before it gets better,” “There’s no right, there’s no wrong,” “Put down the past, just let it be”) and expect only for the listener to take from it what they will. However nondescript and seemingly impersonal, Surface Noise is a gateway to knowing the elusive O’Connor and, perhaps, ourselves
a little better.

Critics, in all their knowledge, might deem O’Connor mediocre; circles surrounding Angel Olsen or Joanna Newsom might not understand her. It is important to remember that O’Connor, her insights, and her music serve a valid purpose: to put a face to the everygirl—the relatable anonymity—and to embolden her. The introspect of a singer-songwriter—not to mention the subsequent courage required to share such introspection—guarantees a contribution to the world, large or small. O’Connor contributes. She is a strange binary of the familiar and the ambiguous, a phenomenon whom we may have never known we needed. She is expressive and full of hope. She could be you, she could be me, she could be the girl from homeroom—and not unlike our inner voice, she has something to say. –Cassidy McCraney