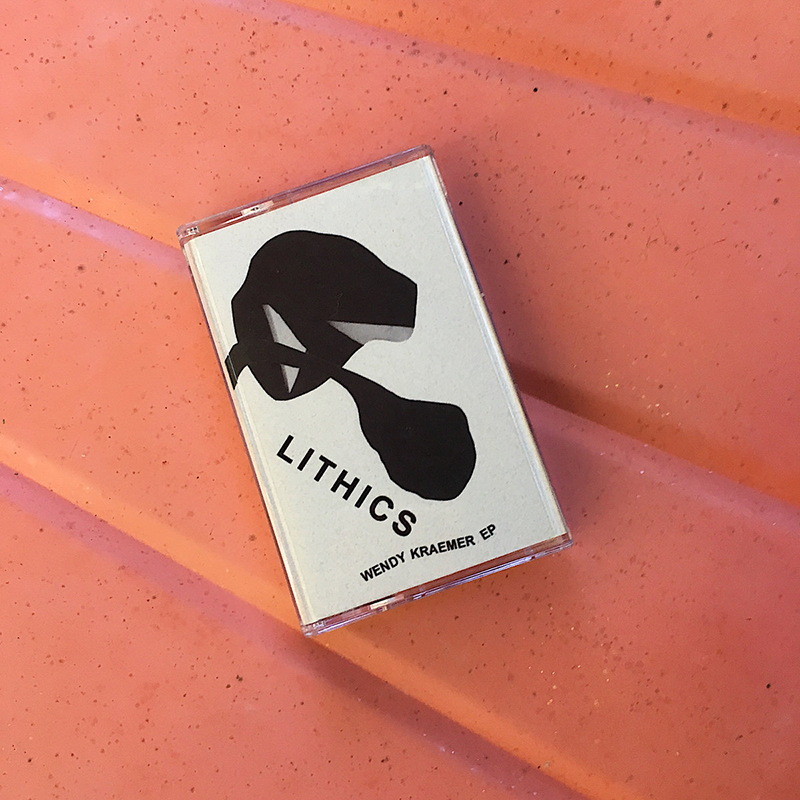 Portland-based band Lithics is now reissuing their 2017 EP Wendy Kraemer. The album contains two songs (conveniently named “Side A” and “Side B”) each orbiting around nine minutes long, providing a mixture of home and practice recordings that were created between 2016 and 2017. Both songs are structured like a stream of conscious to multiple raw cuts, each having the potential to become songs on their own. But the abrupt change of pace throughout the short cuts crams together what could be various separate demos.

“Side A” is the most sonically sporadic cutting between improv jam sessions and random bits of recorded conversation. The most consistency is in the bass as it bull-dozes a pathway through this excursion accompanied with contradicting guitar melodies. Close to the last minute mark, a fusion jazz drum beat erupts, eventually fading to an indistinct sound bite that kept me listening intently until the end to try to figure out what the sound was—my best guess was a tiny engine trying to turn over but never succeeding.

The second track, “Side B,” is a more cohesive montage, with a grunge-punk sound initiating the music and continuing to the end. Keeping it all in the same vein, vocal chants repeating phrases such as, “Can I be myself / Talk to her / See my dog,” These passages bring a simple and effective energy—similar to Kim Gordon singing, “Kool Thing.” The brash rhythm rolls these united clips along with pinching guitar leads that dive head-first into a harsh, post-punk drive.

The continuous transitions between the informally cut song structures gives a signifier to each moment of time that was documented during production, allowing each transition its own special vigor of memory. The D.I.Y. approach to capturing past audible memorabilia is at its finest with the reissue of Wendy Kraemer. This EP is now available on vinyl and high-quality digital download on Bandcamp. —Kenz Waldon