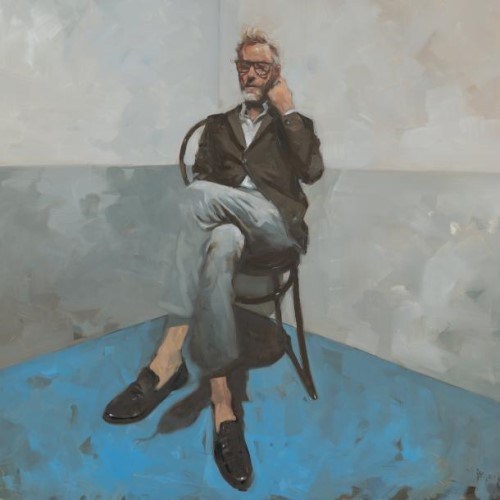 As the final autumn leaves calmly wind down onto the cold fall ground, The National frontman Matt Berninger delivers Serpentine Prison, a solo introduction nearly demanding a simultaneous hush from the world in order to have a good listen. Wallowing in the presence of soul legend/producer Booker T. Jones, Berninger and friends create an intimate quality of sound that feels more tranquil than The National’s already compelling work. What started as an idea to make a cover album naturally shifted into a collaborative expedition of Berninger’s unfinished original ideas.

Any fan of The National may likely expect the album’s serenity, but Serpentine Prison manages to shed a new skin of maturity for the troubadour. Demonstrating an old fashioned sophistication, the arrangements remain patient, providing an awareness that leaves open space to complement the brilliant instrumentation. The composure allows certain points to flourish effectively when the time is right, as in moments like the erratic piano/organ solo on “One More Second,” dually played by Jones and Brent Knopf, the other half of El Vy with Berninger. On “Distant Axis,” multi-instrumentalist Andrew Bird melodically intertwines spacey loops with plucked violins, curling them around tranquil bursts of percussion that resonate like low, clacking thuds descending in time down a deep, endless well.

Routinely, Berninger’s lyricism reveals his undeniable taste for both wit and sorrow, mixing one part with two parts nervousness. For example, on “My Eyes Are T-Shirts” he sings, “My eyes are t-shirts, they’re so easy to read / I wear ’em for you, but they’re all about me.” In contrast Berninger croons, “I don’t know how to be here without you / I don’t know how to go on” on “Take Me Out Of Town,” breathlessly pulling on the heartstrings.

Adding to Serpentine Prisons’ melancholy charm is an ensemble of instruments that create an element teetering on the edge of country western. Peppered throughout are vintage goods like harmonica and lap steel guitar that come together on “Loved So Little” to make a joint appearance. Slow burners “Oh Dearie” and “Collar of Your Shirt” are held down by vulnerable acoustics that echo timeless classics like Bob Dylan or Willie Nelson. Piece by piece, the album is held together by a reverence strung with moody organs and softly rising brass.

Respectably, Berninger and Jones both bring distinct ends of their musical worlds together, and it’s no surprise that it works remarkably well together. Berninger plans to release the handful of covers he recorded during the process, and those include songs like, “European Son” by Velvet Underground and “In Spite Of Me” by Morphine. Although no date has been announced on when they’ll become available, you can listen to Serpentine Prison now wherever you absorb music. –Paul Micheal Zuniga!