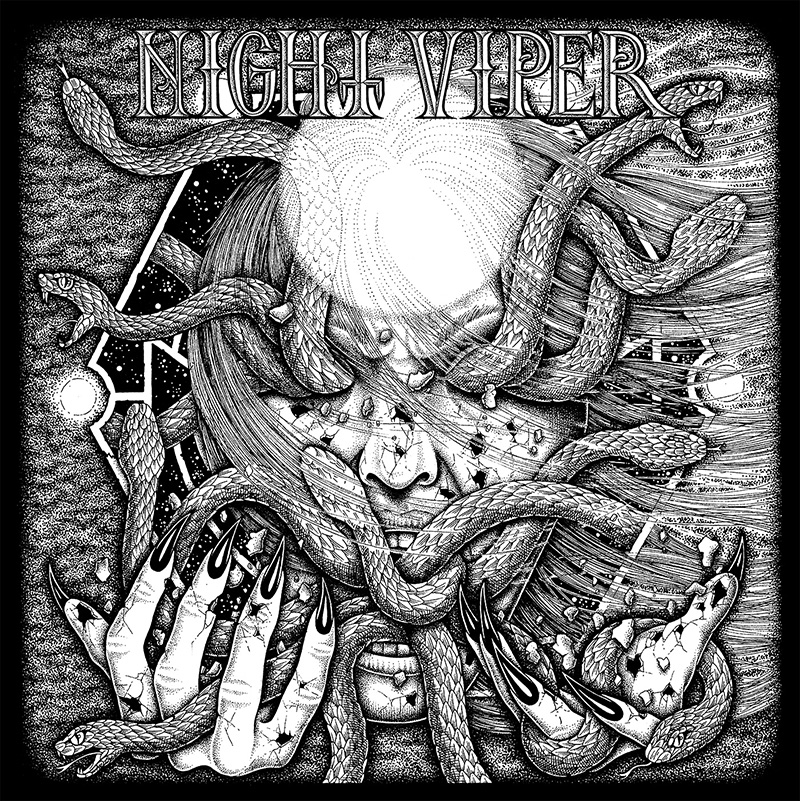 Initially, I thought Night Viper’s debut album had every aspect of classic heavy metal that I love, but that faded rapidly with each listen. Sofie-Lee Johansson’s vocals remind me of the fantastic Bettina France from Meanstreak at moments, especially toward the middle of the album, but her pitch is all over the place. The vocal melodies have promising sections until a sour note is thrown in, which frequently happens throughout the album. However, I do respect the band’s decision to forego any sort of auto tune. The guitar tone is standard for classic heavy metal—think Kill ‘Em All–era Metallica—but lacks the individuality that would separate Night Viper from the dime-a-dozen traditional heavy metal bands. Their intonation struggles greatly around the third track and never recovers. The bass guitar is hidden deep down in the thin, uninspired mix. I’d like to hear them a year from now. –Madi Smith