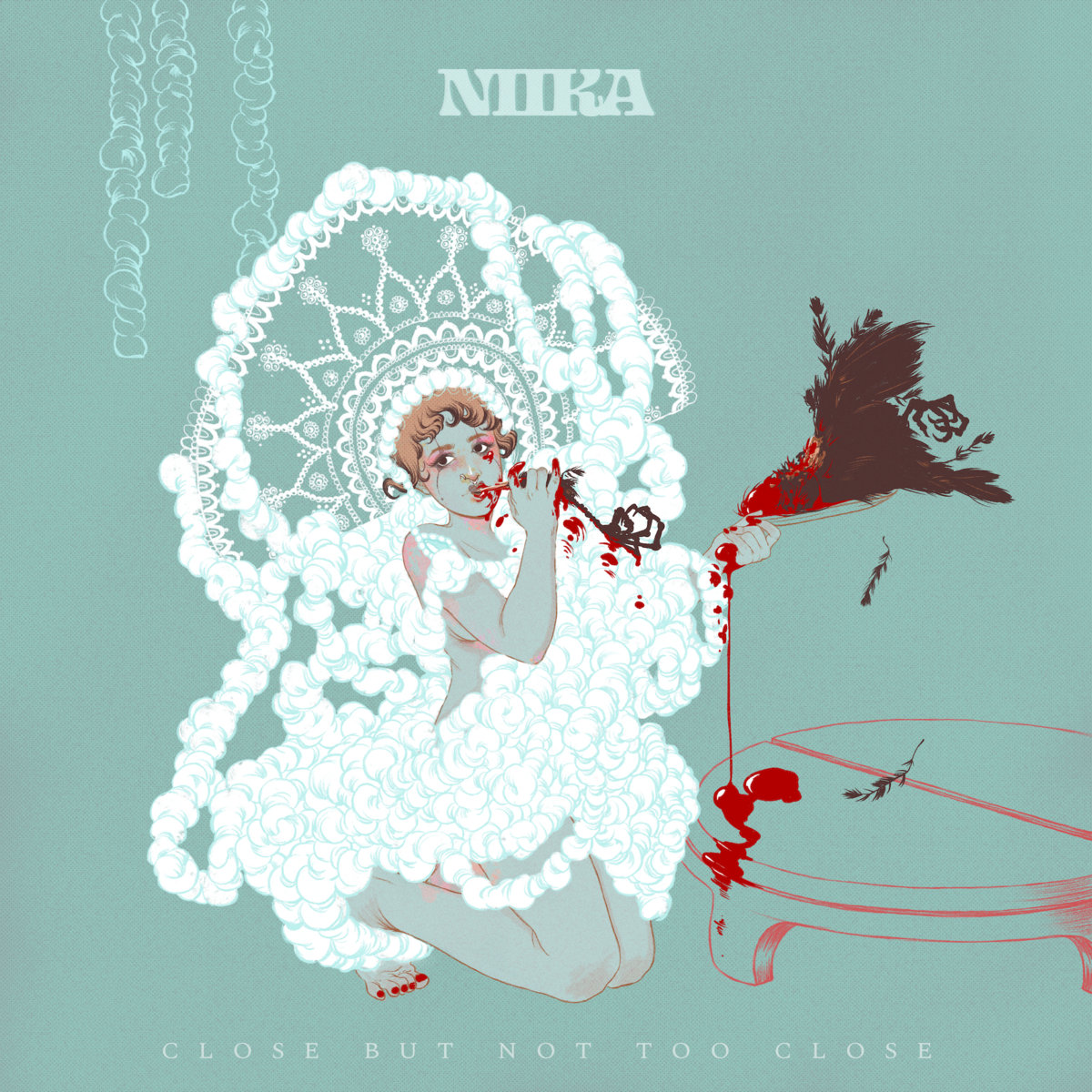 NIIKA | Close But Not Too Close | Self-Released

NIIKA – Close But Not Too Close

NIIKA
Close But Not Too Close

Pinning down NIIKA‘s sound to a single genre is difficult—a result, in part, of front woman Nika Nemirovsky‘s multicultural upbringing. A refugee from Uzbekistan, Nemirovsky’s family brought her to the United States as a baby and raised her in Chicago, where she was surrounded by a rich mix of Russian and American influences. Inspired by the likes of Cat Power, Dirty Projectors and Kate Bush, Nemirovsky first picked up a guitar at the age of 21 and released the EP Honest Dancing in 2017. Close But Not Too Close is her first full-length offering, and in it, she’s refined her sound with a focus on unconventional song structures, tight percussion and simple guitar. Her lush, emotive vocal scales push this record far beyond Euro-American pop-norms and into the uniquely gratifying territory of neo-soul and Eastern folk.

An ominous synthesizer wavers behind leisurely strings on the album opener, “For the Key.” Nemirovsky’s voice flutters into the frame, flying above it all. Like a beat poet, she feeds off of and cues her band’s instruments, and every inflection hangs heavy with substance. As she gets louder, so do the drums; when she returns to a more methodical melody, so does the beat. Unexpected time signature changes and rhythmic lyrical recitations add a layer of mystique to NIIKA’s otherwise meditative songs, and the result is enchanting. Every song here reinvents itself a handful of times throughout an average runtime of five minutes. I imagine the songs as sentient beings twirling and looping as they please, stopping to examine something, then darting off. They aren’t necessarily hard to follow, but the listener still has to chase them to keep up.

On “Witness,” a deep male background vocal adds intensity to the chant, “When you witness someone loving someone it awakens something inside yourself.” Jazzy guitar whisks the track toward Nemirovsky’s smooth, sultry vocals, and then the mantric chant returns. It’s through this energetic contrast that I feel both relaxed and simultaneously on the edge of my seat throughout the album, waiting for what will come next. “Blue Smoke” is an obvious standout, with twinkling wind chimes and stripped-down, soulful riffs (the music video for this song also features some of the most beautiful avant-garde imagery I’ve seen in a minute). The entire track is rich and luxurious, and when Nemirovsky slowly sings, “The ground beneath your feet is imagined / Is imagined,” this ground falls away and her voice waterfalls and soars.

Nemirovsky is illustrated on the album cover of Close But Not Too Close as a princess-like character, lavish and beautiful. Only after taking a closer look did I realize she’s biting on the bone of a bird’s claw, blood dribbling delicately from her lip, as well as crushing the head of the bird in her hand mid-flight. Much like its album cover, Close But Not Too Close is a record that, at first glance, is enticingly gentle and sweet. But after following Nemirovsky’s alluring voice, the listener is guided through a sinister and thrilling chamber full of spell-worthy tones. It’s inventive and promising, a tour de force, I think, even as the songs’ melodies slip away from my grasp. –Mekenna Malan