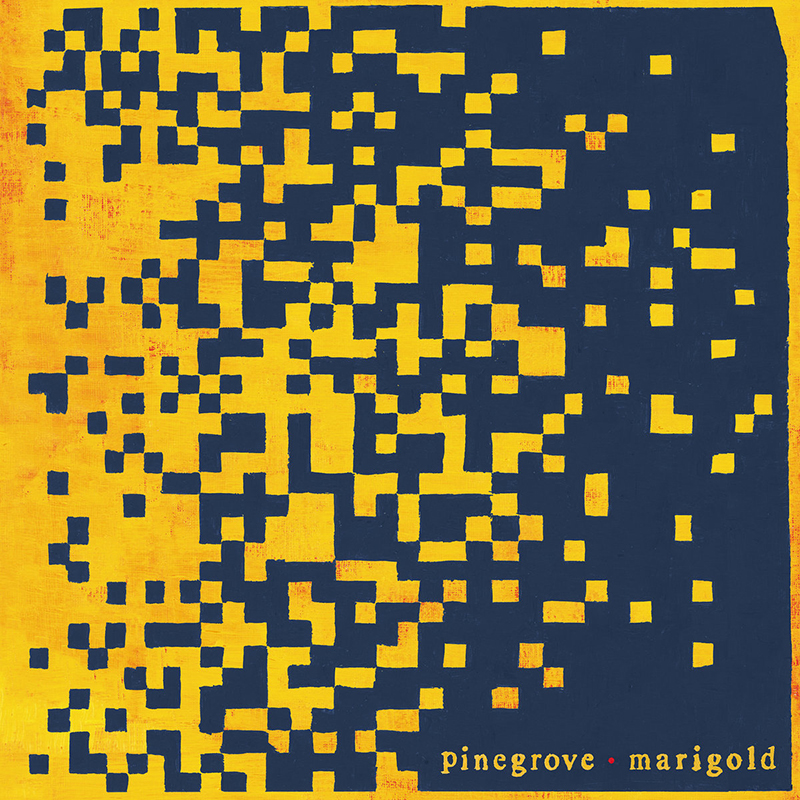 Immediately, after just one listen to Pinegrove’s Marigold, I felt the need to pick up the nearest guitar I could find and pour my heart out all over it. The brain of frontman Evan Stephan Hall oscillates between thoughts and problems in a way that feels universal to human nature. His songs read like open books, and oftentimes I find myself thinking, “I could’ve written this one.” The honesty that Pinegrove manifests in their music has inspired a devout following that has continued to grow organically since the release of Everything So Far, in 2015.

Marigold was recorded inside Amperland, the studio built in Hall and multi-instrumentalist Nick Levine’s living room in upstate New York. The album offers all the classic characteristics of Pinegrove: dreamy guitars weaving in and out of syncopation while the drumming of Zack Levine, who has played music with Hall since they were five years old, keeps everything in the pocket. The first noticeable difference on this album is the artwork. Traditionally with each album, simply drawn squares have been painted geometrically onto primary color backgrounds. On Marigold, the pixelated artwork looks busy and obscure, as the yellow and blue hues compete for the cover. The truth is, this album couldn’t be any further from busy or obscure. Each song is clean and leaves plenty of room to fill in your own pieces. About Marigold, he says, “It came from a place of patience” in hopes that it would be “more emotionally direct.” That patience is what I believe makes this album feel timeless.

Pinegrove released “Moment,” the first single off Marigold, in August. The second single, “Phases,” was released shortly after and came accompanied with a video about a sleepwalker’s day out and includes an appearance from the band themselves. Both singles are two of the more upbeat songs from the album. However, “The Alarmist” stood out the most to me. It enters with a punch before immediately slipping into a calm groove that flows dynamically throughout the song. It’s met halfway with a lead that feels like a siren bursting into the next section. As the song comes to an end, it’s carried out by the “twinkling” effect of guitar picking that is so often blended beautifully into Pinegrove songs. The song features lyrics such as, “When you walk away you still exist / I feel good knowing it,” and, “Can I believe in the me before I knew you beautifully,” paired with the cadences of Hall’s voice, these lyrics provide some of the finest moments on the album.

Something I’ve always admired throughout Pinegrove’s discography is their proficiency at the art of writing a song that sits at two and a half minutes or less. There are a few of these on Marigold, one of which, “Spiral,” clocks in at only 58 seconds. Marigold is a meditative album. It’s easy to listen to from the start, but similar to the rest of Pinegrove’s discography, it’s an album you’ll want to hear again in order to fully understand its depth.

Marigold marks Pinegrove’s debut release on Rough Trade Records, following the massive success of their independent release of Skylight in 2018. Pinegrove will head out on a world tour in support of Marigold early in 2020 and will be at The Complex in Salt Lake City on Feb. 15, with support from Whitney Ballen. –Paul Micheal Zuniga!