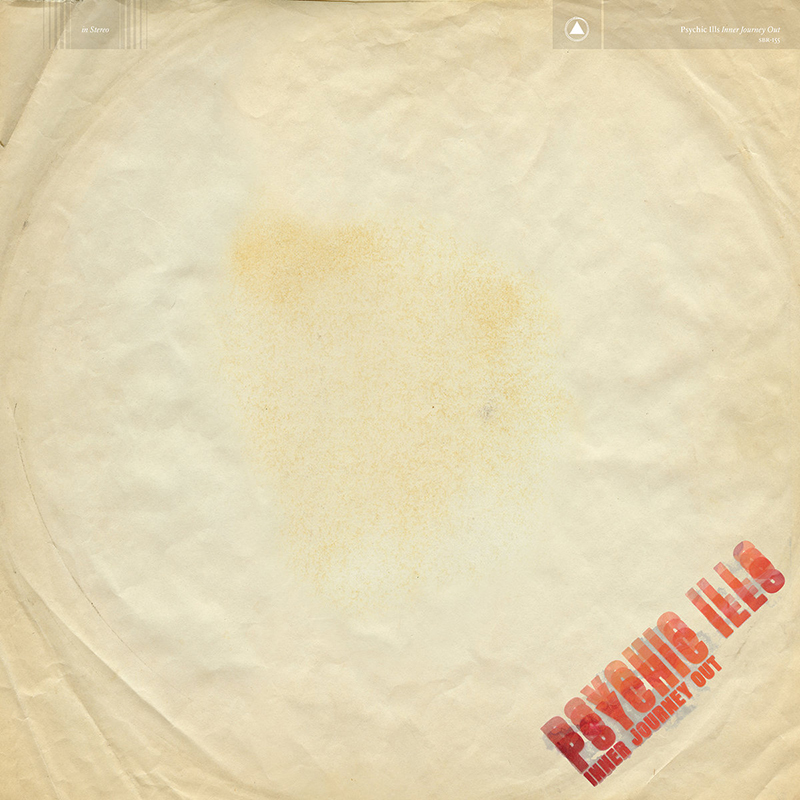 The resurgence of late-’60s-style psych rock isn’t a new thing, but the psych movement is undoubtedly gaining refreshed momentum within the underground music scene. Psych rock bands are popping up all over both coasts—and Psychic Ills are from the right coast. The New York City–based band is reminiscent of The Velvet Underground, without the boundary pushing. They are a safe version. Psychic Ills have been playing music together for over a decade, and they consistently make psychedelia and trance the core of their body of work. Their art form was decided over 10 years ago, and Inner Journey Out is an exploration that delves deeper within their chosen genre.

The third track on Inner Journey Out is the standout on the album: “I Don’t Mind” features young singer/songwriter Hope Sandoval, who complements Tres Warren’s vocals. The track is dreamy and whimsical while Warren and Sandoval sing, “I don’t mind all the time we had spent / I don’t mind I’d sure do it all again / I don’t mind the things that you’ve said / But I would’ve rather not have known.” Sandoval’s folk influences infiltrate the desert expansiveness that often fills the band’s sound.

“Mixed Up Mind” features guitarist and keyboardist Tom Gluibizzi playing a classic ’60s guitar riff that forces the song into acute awareness as Warren mumbles, “We can go back home or go somewhere on down the road / You know I don’t care.” “New Mantra” begins with a howling woman and the soft drumming of bongos. The song paints a picture of a drum circle in the desert, coated with an epic amount of hallucinogens. The two-minute-and-six-second song drips with authenticity and leads into what Psychic Ills call “Coca-Cola Blues.” A harmonica opens “Coca-Cola Blues” in typical, Bob Dylan fashion. Warren does his best Dylan impression as he sings, “Might go out to a show / But I don’t care / Don’t wanna bump into you / See your long hair.”

“Ra Wah Wah” is over nine minutes of full-on, psychedelic blowout. The song is the tranciest on the album, boasting zero vocals and solely instrumental parts. The keyboard and guitar pulse to the slow, inhibited beat of the drums. Chimes flicker in the background. A saxophone loosely emerges about halfway through the song. The entire song loses itself amid explosions and a seemingly successful acid trip.

“Fade Me Out” closes the album. The guitar in the beginning of the song is reminiscent of the Garden State soundtrack. “Fade Me Out” itself seems to fade out of the album the entire time. It’s the sleepiest bang to any album I’ve ever heard. Warren hums, “You know I’ll miss you when you’re gone / I know you’ll miss me when I’m gone.” He chants the words over and over, as if to remind the listener to come back to him and Psychic Ills. Don’t miss him so much that you never join forces with Psychic Ills again. Instead, allow Psychic Ills to fade out for that moment in time until the next trip.

Inner Journey Out never fully expands and explodes the way one might expect it to. It dances along the edge of something profound but tapers off too soon to be heard in its fullest expression. “I Don’t Mind” and “Ra Wah Wah” keep the album afloat and interesting. Psychic Ills have yet to be the risk takers, but we are patiently awaiting that day. –Alexandra Graber