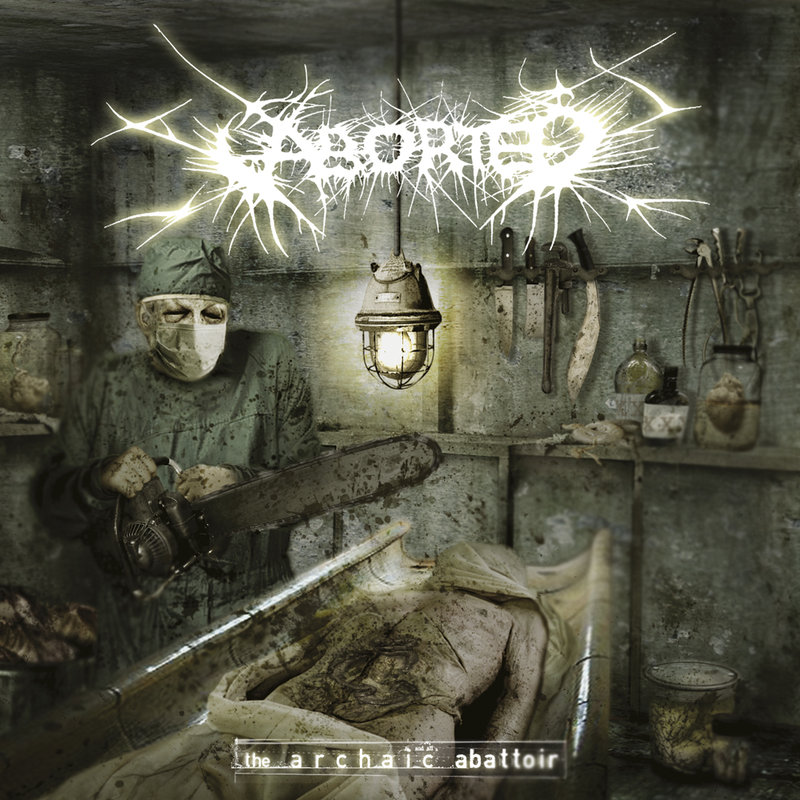 Aborted has been gaining more and more popularity, mainly due to magazines like Terrorizer throwing them in people’s faces. When I finally heard them, I was expecting the much lauded “Aborted is the new Carcass!” kudo to live up to itself—it did not. More or less, these guys pretty much are in the Impaled and Exhumed school of grind and gore metal, but with a much heavier bottom end, less riffing and equally repulsive patho-scatological lyrics. Don’t get me wrong, this is a good band, but this new album sees them experimenting with … (sickened pause) … metalcore riffs and vocals. The death and gore metal is still there, but add to that the occasional At the Gates style chords, and—worst of all—a vocal style reminiscent of At the Gates creeps in periodically. The gore vocals are in the mix, but … do these styles mix? NO! Stop the madness!!! Remember the dead, Aborted! Seek out Carcass.
This review originally appeared in Butcher’s Block, May 2005, Issue 197.