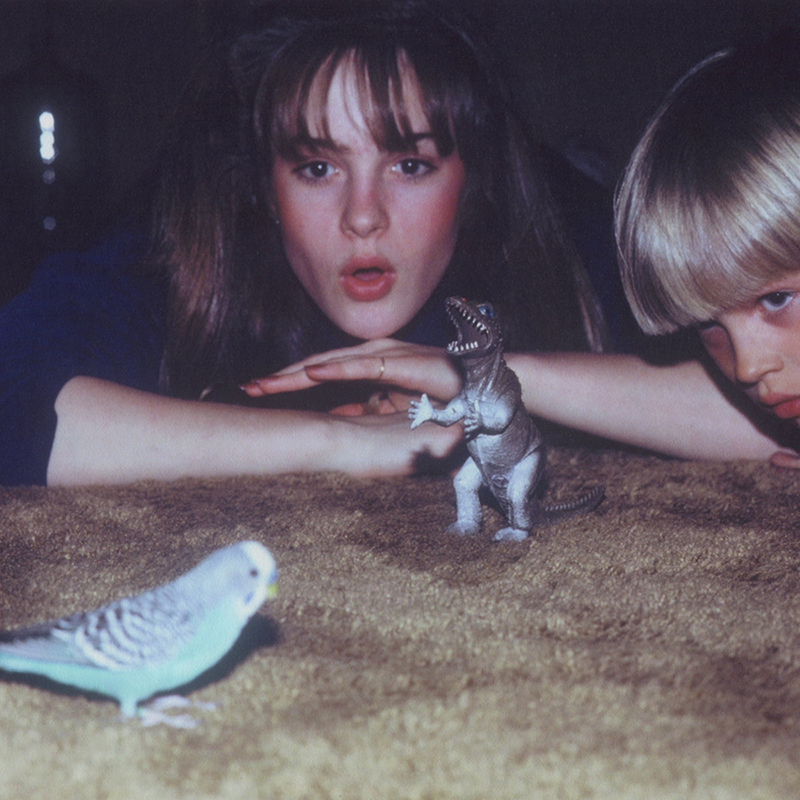 Brooklyn born band, Big Thief, consists Adrianne Lenker, Buck Meek, Max Oleartchik and James Krivchenia. Lenker began as a solo artist in the big apple, and partnered up with Meek a few years ago to perform in dive bars and basements throughout New York. Lenker and Meek recorded, Hours Were The Birds in 2014 before teaming up with Krivchenia and Oleartchik to form Big Thief. Shortly after Big Thief was born, the four headed to Lake Champlain during summer 2015 to record Masterpiece in studio with producer Andrew Sarlo.

Masterpiece is a 12-track lament which straddles the line between folk and rock n’roll, a perfect combination to craft an instrumental variant. Masterpiece is an uncomfortable display of the things which pain us. Throughout the album, there are unrelieved moments of repetitious guitar chords resounding loudly over Lenker’s monotonous-like voice. Seemingly mechanical rhythms quickly change from easy-sounding chords, to sharp, misplaced electric riffs, chords, and outcries. This album is undeniably rooted in grief — grief for lost ones, lost days, and losing yourself. The instrumental discomfort and unpredictable waves of hauntingly beautiful folk and edgy rock penetrations evoke similar waves of emotion which strike us in grieving processes: sometimes messy, sometimes monotonous, and often wavering without warning.

The album opens with “Little Arrow,” a track which feels fogged and distance both literally and metaphorically. Lenker sings hauntingly and muffled behind an uncomfortable sound barrier; there is an undeniable tension between the soft acoustic strums, stinging cries and an indistinguishable white-noise-like obstruction.

The songs themselves are grievances; trade offs between sweet love and sweet love turning sour. Tracks like “Real Love” are sweet-sounding and fun to listen to with rolling drums, but contrastingly Lenker sings, sitting in the back seat, “Real love / make your lungs black / real love is a heart attack,” and is followed up by an almost a full minute of heavy electric messiness: first it’s sweet, and then it’s sour. Big Thief demonstrates their versatile expressions, gently addressing how “Love is a gentle thing” on tracks like “Velvet Ring,” with a soft acoustic set in lieu of the rock and roll vibe present on most tracks.

Masterpiece is, in fact, a masterpiece. These tracks are more than songs – each instrument, however in or out of place it seems, serves a purpose of depicting a stage of grief. From quiet to screaming moments, Masterpiece is liberating, freeing, and cathartic. For an album so honed in on a particular theme, it suggests no answer or remedy to overcoming adversity but suggests to ride it out, maybe metaphorically, or perhaps literally, “Turn[ing] up the volume / and [deciding] to weep” like Lenkin does on “Vegas”.

Overall, Masterpiece is filled with moments of fruition – the merging of the lightest and darkest moments depicted in the lyrics and constant shifting from soft and heavy acoustic and electric sets.  Lenkin is straightforward, finding  solace in admitting, “I can’t say that I’ll miss my human form”. –Lizz Corrigan