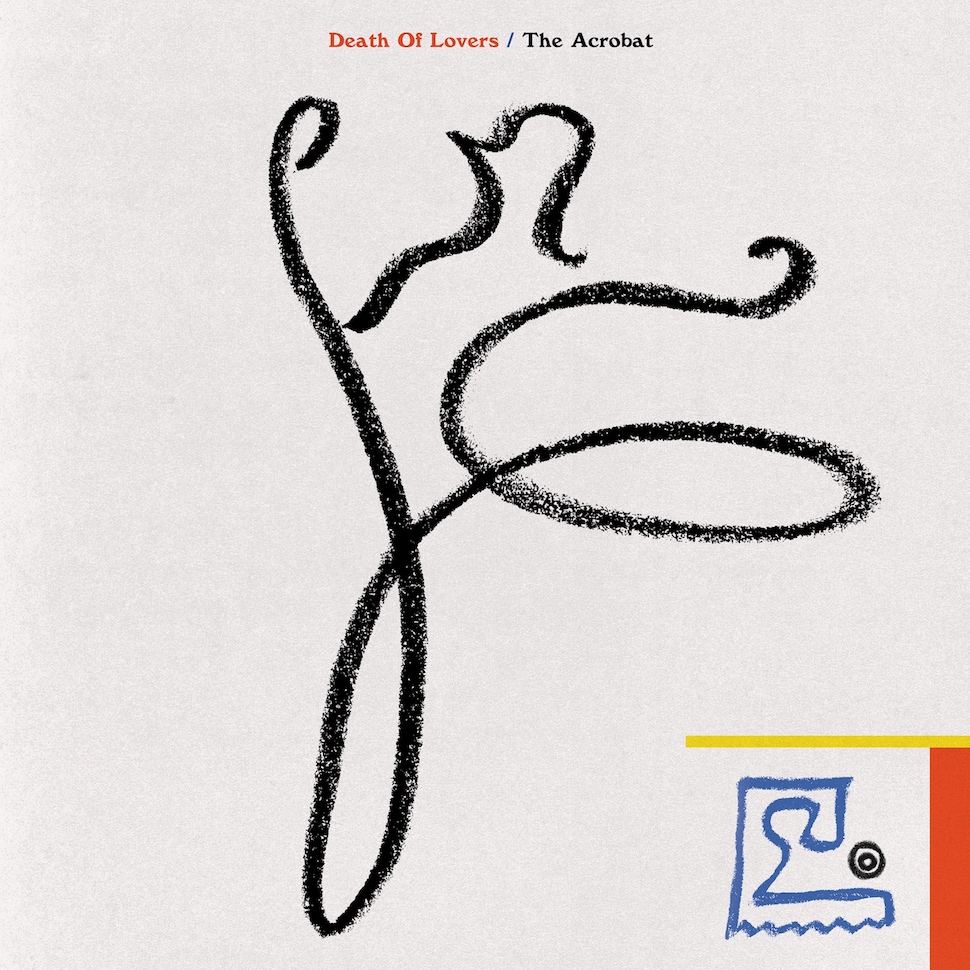 Review: Death of Lovers – The Acrobat

Death of Lovers
The Acrobat

Death of Lovers is a side project for Philadelphia Nothing‘s guitarist/singer Domenic Palemo, drummer Kyle Kimball and Nick Bassett, singer/guitarist for San Francisco’s Whirr. In 2013 the two bands toured together, released a split EP and eventually saw Bassett join Nothing as its bassist. The trio are joined by CC Loo on keyboards.

The Acrobat is the group’s first full-length release following their 2014 debut EP, Buried Under a World of Roses. It’s also an incredibly difficult album to review in the sense that it almost feels like a collection of tracks that were recorded over the course of 15 or so years and pieced together as a roadmap to guide its listener through the ’80s. It isn’t a disjointed release, but it is diverse, pulling obvious influences from the early post-punk era and the shoegaze buzz that arrived with the ’90s. It’s not uncommon for contemporary acts to take inspiration from a variety of bands and eras, but what makes The Acrobat unique is that Death of Lovers seem to compartmentalize their influences in the sense that their songs don’t sound like a post-punk band with shoegaze trappings. No, opening track “Orphans of the Smog” is The Cure‘s Seventeen Seconds with its mix of guitars and primitive electronics, if it was produced by John Fryer for 4AD. “Here Lies” is more synthpop than it is post-punk with a sound reminiscent to early Camouflage. Then, seemingly out of nowhere, we’re thrown ahead to the early ’90s with “Ursula,” a track whose sound kicks off with a guitar riff that sounds like an audition tape for a slot on the Jesus and Mary Chain and My Bloody Valentine Rollercoaster Tour in 1992 (yes, I know, Blur and Dinosaur Jr. were there as well). In just three tracks, The Acrobat has essentially name-checked 1980, 1986 and 1992.

Sticking to this fictitious timeline, “The Lowly People” comes in around 1987 with a simple but atmospheric mix of chorus-drenched guitar and throbbing bassline that is mirrored by keyboards buried deep in the mix. “Perfect History” skips ahead to 1989 as it builds the bridge between “The Lowly People” and the more complex layering of “Ursula.” It feels like a raw demo for a track intended for Xymox‘s Twist of Shadows.

“Quai d’Orsay” finds the band awkwardly trying to reinvent itself in 1995 as the shoegaze and alternative rock formula became obsolete to the masses. The song feels like Ennio Morricone‘s soundtrack to a post-dystopian Western produced by Phil Spector. It works, but how it connects directly to anything else on the album isn’t clear.

Following the poor sales of “Quai d’Orsay,” the band is dropped by their record label in 1995. Maybe they split, swapped out a few members in the name of creative differences.

“Divine Song” is the rejuvenated band returning to its roots for a proper comeback in 1997. It’s the sort of anti-single single that a band releases as a signal to their disillusioned fanbase that the previous album’s experiment failed and the group (or what remains of it) are shedding their pop flirtations to return to the darker ways of the past. Then again, maybe it is an archival track pulled from the archives or re-recorded to help promote a singles collection to gauge if a proper comeback is warranted.

The album finishes off with “The Absolute,” a track that sounds like a B-Movie and A Flock of Seagulls love affair circa 1983. It was the fictional version of Death of Lovers’ big hit, or maybe it was the hit that should have been. It’s the signature track that in time felt a little familiar and somewhat inferior to “Space Age Love Song” or the re-recorded 1985 version of “Nowhere Girl.” Maybe it’s the saxophone solo that doesn’t quite work. It’s a good song, the kind that you play last and send the punters home happy.

Of course, none of this is true because The Acrobat was recorded in 2016–2017, some 20 years after my imagined timeline suggests, but it is incredibly interesting to me that a group could essentially put together an album that sounds like a band trying to find its identity over the course of 15 or 20 years. Maybe an identity is exactly what Death of Lovers are trying to discover.

Make no mistake, I’m fond of The Acrobat as it presents a band in a place where they are on the verge of writing some truly impressive songs. If only they can find a place where all the influences converge into something new and unique. –ryanmichaelpainter