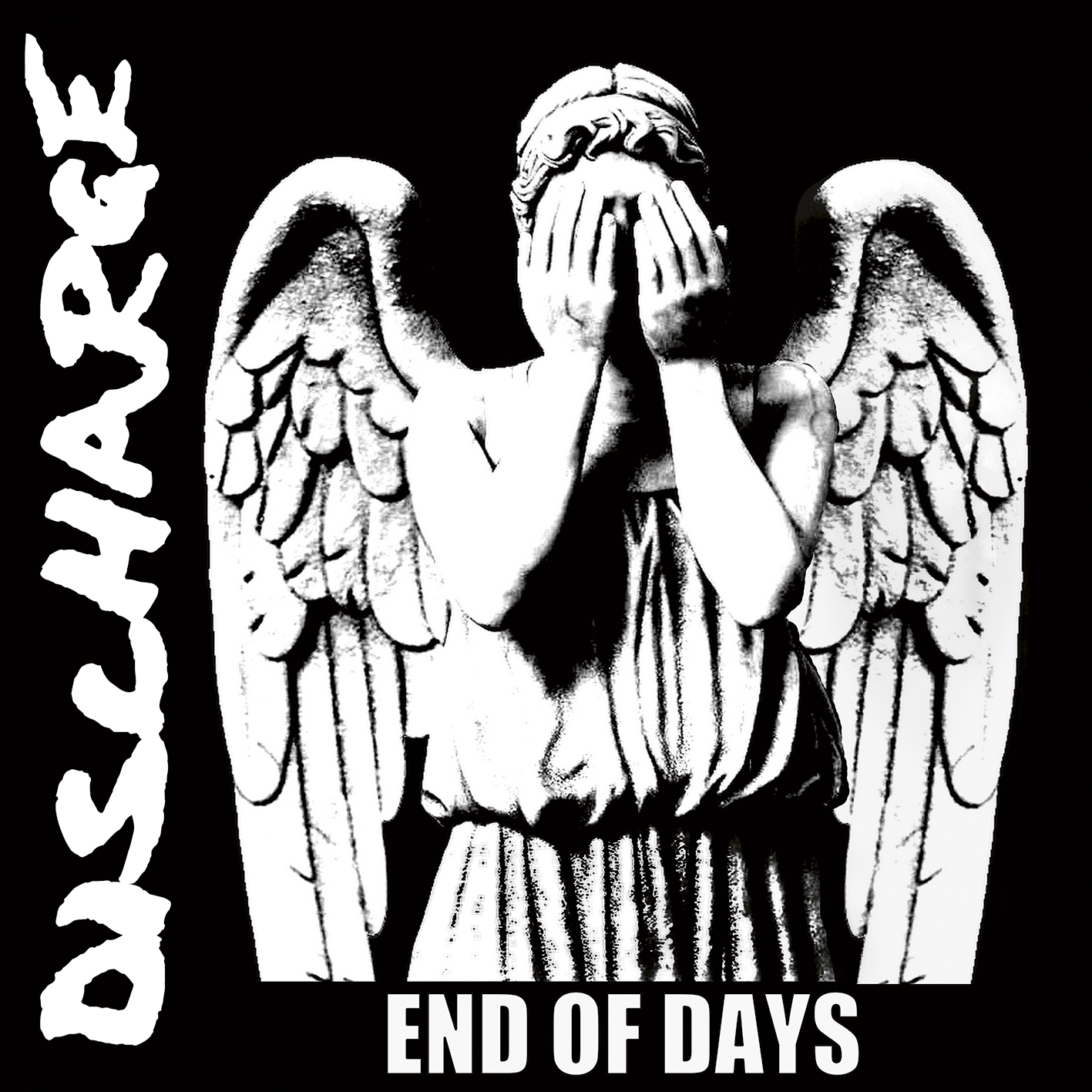 It’s election night and I’m watching in nail-biting agony as the votes stack up in favor of the walking hairpiece who has more feet in his mouth than a podophiliac. I cringe in malcontent at the thought of that crass clown becoming the next U.S. president. Instead of giving into my fear, I turn to the newest Discharge album and remember what many artists before and after them did in times of distress—turn their frustration into progression. I turn on the first song, and the opening thrash-style guitar riffing of “New World Order” rips through my eardrums. The D-Beat rhythms pulse through my muscles, and I start banging my head and don’t stop until the song is over. Suddenly, I feel slight relief in spite of the given circumstances.

Discharge are one of the most criminally underrated bands in punk rock. I don’t mean that they don’t get any recognition, but when talking about game changers in the punk-rock web, especially on the subject of the marriage of hardcore and metal, Discharge fall by the wayside to bands like DRI, Cro-Mags and Hatebreed. I would argue that without Discharge combining all the flourishing subgenres in the U.K. in the ’80s—including anarcho-punk, street punk, Oi! and crust punk—with the drum stylings of Phil “Philthy Animal” Taylor and John Maher and categorized it as D-beat, we wouldn’t have the multiple waves of international street punk, the anarcho-punk renaissance, grindcore and powerviolence.

For about 40 years, Discharge have never lost steam with their intense, politically sanctioned lyrics and tightrope sound of metallic punk rock. Their first album in eight years is predicated to it. Tezz Roberts traded his spot behind the kit to take over on guitar, and his talent for pulsing out pummeling riffs is heavily instigated in “Killing Yourself to Live,” “Looking at Pictures of Genocide” and the title track. His hybrid style of crossover thrash and punk rock complement Dave Caution’s drumming perfectly, so it seems like a fair tradeoff.

Now fronting Discharge is Jeff “J.J.” Janiak, formerly of the U.K. thrash band Broken Bones—a fitting choice, as his vocals call back to Cal Morris from the days of See Nothing, Say Nothing, Do Nothing. Janiak’s grinding vocals shred through incredibly seasoned riffs with straightforward lyrics. Discharge have never strayed from telling it how they see it—by way of “Fuck you! You think shit is fine? It’s not! Here’s why!” Lyrics like, “There is no proof of terroristic government claims / The terror alert on high / Democracy spreads one missile at a time,” and “Seekers of the truth, gone without a trace / Hung drawn and quartered / An enemy of the state” and my personal favorite “Radiation, cancerous death, mustard gas / One sick mind becomes the reality of millions / Looking at pictures of genocide,” all paint grave images in your head to the point where it almost becomes unbearable.

In the face of this new, daunting “presidency” the lyrics from bands like Discharge are ever so relevant, now more than ever. There’s something in the grittiness of angry music that speaks to the primal animosity inside of us, and with any hope, it inspires an entire groundswell of pissed-off musicians and lyricists to channel that rage into a much-needed battering ram of provocative music. That is, at least, one good thing to look forward to in the next four years. —Eric U. Norris