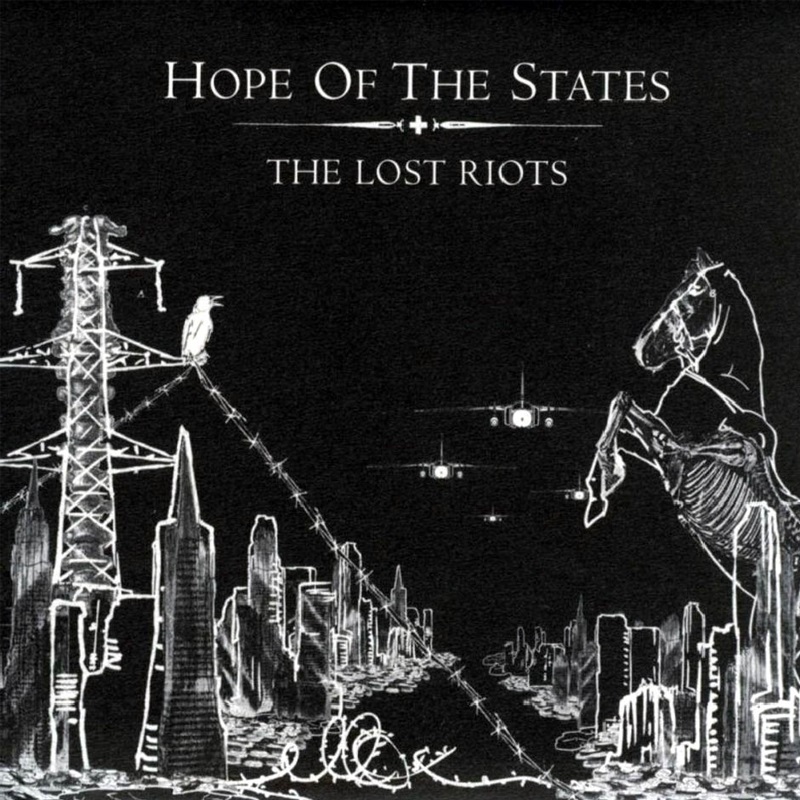 Review: Hope Of The States – The Lost Riots HOPE OF THE STATES
THE LOST RIOTS

Musically you aren’t going to find a band out there that capture the epic dimensions that The Verve were perfecting more accurately than Hope of the States. The Lost Riots is a deeply moving political record that serves as a British view of the great American implosion (which if you hadn’t noticed is currently in full chaos). If there is a weak link in the band it is the underwhelming vocals. Music this big and cinematic deserves a charged vocal with the range to standout and above the layers around it. Sadly in this case they do not. Nonetheless The Lost Riots is an extremely powerful record that deserves the accolades that have been constant since its UK release earlier this year.