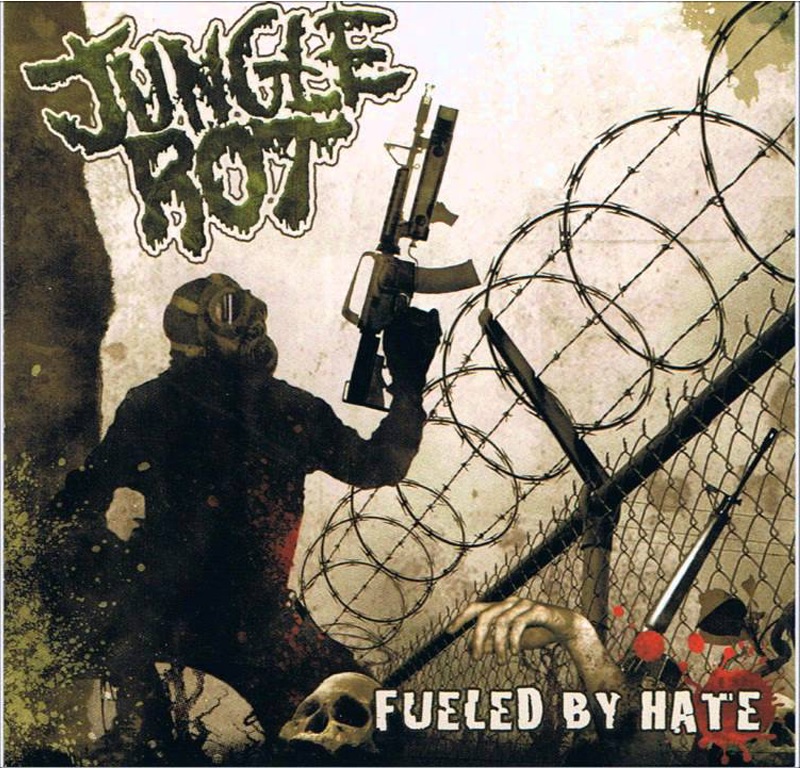 Jungle Rot is back with their third full-length release, Fueled By Hate. Is it really three different albums, or is it the same album released three different times? I mean, seriously, these guys pull off a decent mid-tempo death tune, but isn’t there anything else to warrant a third full-length release? Jungle Rot must be surviving on a massive (albeit brainless) following. The guys in this band are obviously of limited ability. That’s fine every now and then, but the simplicity gets boring. This band sticks to what they can do and what they’ve gotten away with doing for so long. If you buy Fueled By Hate and hear two songs, consider yourself briefed on the entire release, then spend the rest of the 30-minute playing time pissed that you bought it in the first place.