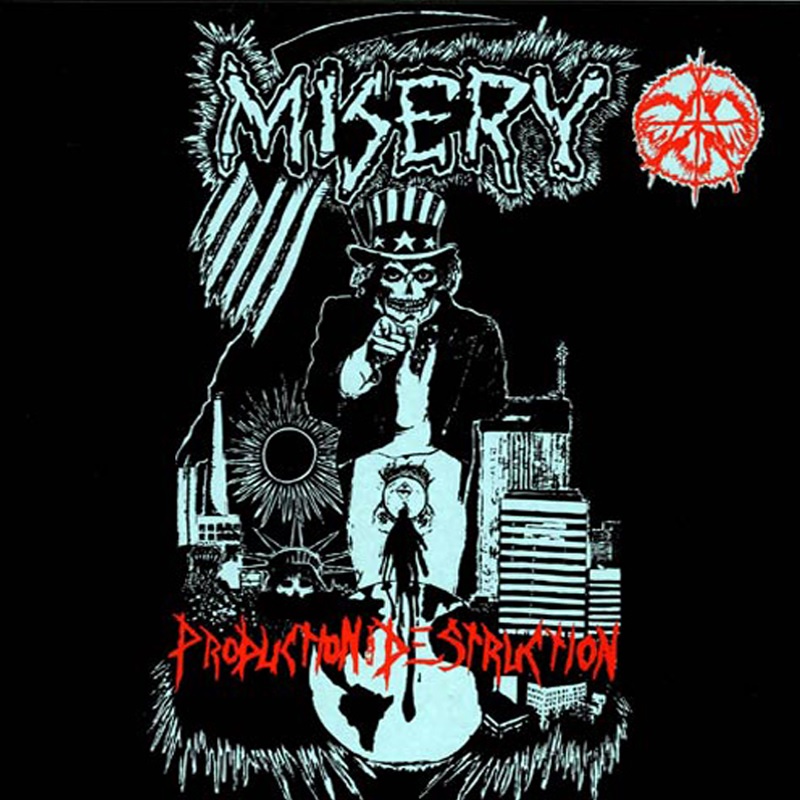 Punks are always so much better than metalheads at playing metal. They know when not to play a useless solo, when not to play five minutes of blastbeats, and when not to use eight million riffs in one song. Misery know how to pour on the gloom and doom better than any heshers in Cannibal Corpse shirts because they’ve spent the last 15 years playing brutal, depressing crust with just enough metal to make a five-minute-long song interesting. I know that sounds like a description of every crusty band on earth, but most crust band these days sound more like grindcore, what with all their blastbeats and rabid-squirrel vocals. Misery is a lot more reminiscent of British crust/metal bands from the mid to late 1980s like Amebix, Axegrinder, Sacrilege, Antisect and even early Bolt Thrower. All those long-haired and dreadlocked Brits took the best parts from punk, thrash metal and grindcore and made the sum sound more apocalyptic than its parts. Although it’s obvious Misery listened to the above-mentioned bands a lot, they excel at playing slow intros that build up to thick, mid-paced dirges about nuclear holocaust, perfect for those times you watch the news and feel like the world is going to hell in a handcart. Production Thru Destruction came out in 1990 so the recording isn’t quite as meaty as we’re used to now, but it’s competent enough that it won’t be distracting. Now that it’s finally re-released on CD, you won’t have to get it from an aging crusty who gave up on life and works as a customer service representative.
(Crimes Against Humanity/P.O. Box 1421/Eau Claire, WI/54702-1421/www.cahrecords.com
This review originally appeared in Wasted Life, May 2005, Issue 197.