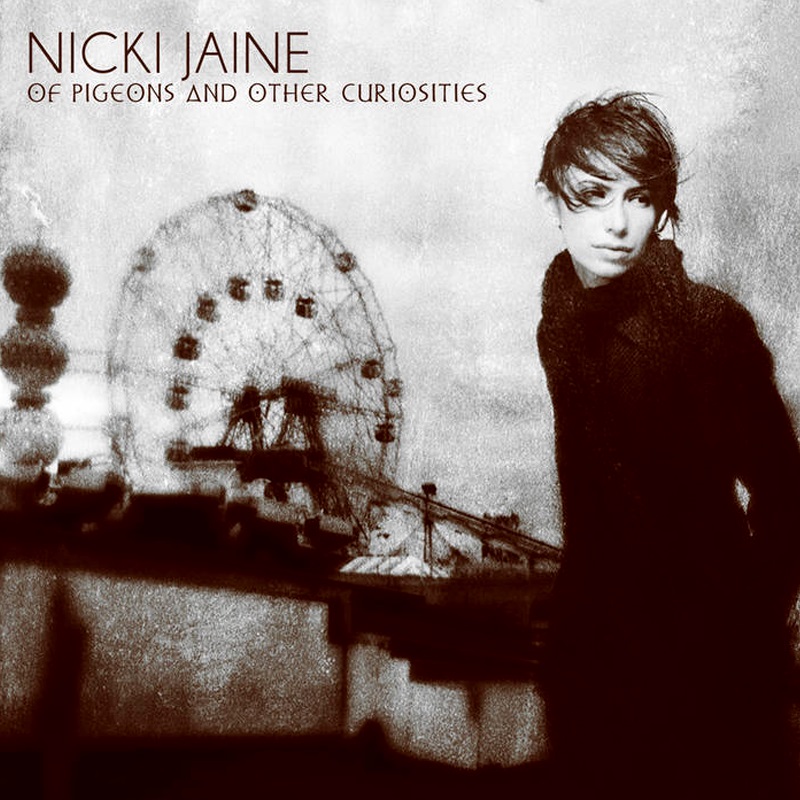 Review: Nicki Jane – Of Pigeons and Other Curiosities NICKI JANE
OF PIGEONS AND OTHER CURIOSITIES

Yes, it is comforting to know that there is still enough space in the world for a little dark cabaret. On Of Pigeons and Other Curiosities, Nicki Jane swings around her guitar or piano with a bitter assurance reminiscent of Nick Cave. Through restraint, she’s more subtle than Voltaire, providing a more entertaining twist when a rather casual story suddenly takes a turn down a dark alley. Although she typically performs solo, the decision to record the songs as a full band was a wise decision for the album. The starkness of a solo performance wouldn’t be nearly as effective. However, I imagine live she’s quite brilliant in casting her spells over an attentive audience. Perhaps an invitation to Dark Arts 2005 is in order.