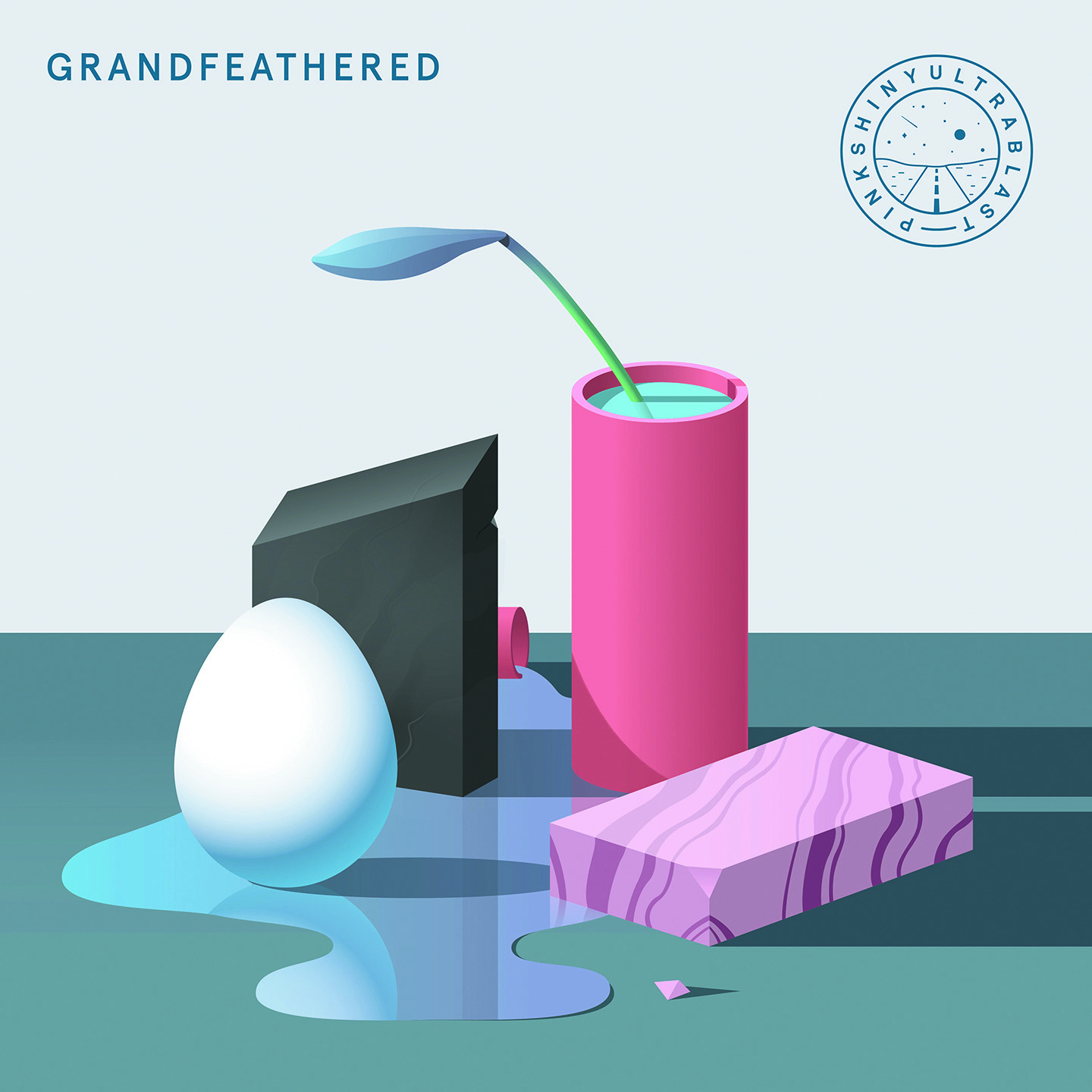 Russian shoegazers Pinkshinyultrablast have quickly followed up on last year’s debut, Everything Else Matters, with Grandfeathered, an album that races off into the same horizon that the prior did. Grandfeathered starts out with a song that sounds almost like something Young Galaxy would create, more electro-pop than anything. The rest of the album moves from that unruly dream pop and their explosive shoegaze (though those two terms wouldn’t typically be paired). The dreamy “Initial” starts with a metallic pinprick that sounds like a wavery angelic beam before glassy synth is introduced along with scattered, airy vocals. The song is driven by snapping beats and poppy synths that jump back and forth. Grandfeathered will prove to be an album similar to its predecessor, Every Else Matters, which isn’t a bad thing—it’s more of a really good thing.

“Comet Marbles” whines with a starry whirr that crackles in my bad ear. It’s followed by “The Cherry Pit,” where vocalist Lyubov Solovera’s voice soars over a thrashing, rough wave of guitar that drops into shiny, pin-drop synths. Although their style remains consistent between this album and the last, songs like these highlight a little more contrast per song, each one a rocking sea that roars without abandon and then cuts off into some bright, meandering dream pop place, all while Lyubov sings unintelligibly like some alien being trained in opera—or rather, some disciple of Elizabeth Fraser. These changes are abrupt and can impede keeping track of what’s going on, which can be thrilling or confusing, depending on your mood while listening. Melodies don’t really exist here, appealing to some and making others a little uncomfortable. Either way, that’s how it was with their last album, and it doesn’t seem like they’ll divert from that direction anytime soon.

This fine-hewn whirl of music is like a remembered dream of shoegaze. Even though it calls to mind all those original shoegazers of the ‘90s, it still manages to sound completely new and original, much in the way that Ringo Deathstarr do. More than the last, this album has the cinematic loudness of Ringo Deathstarr, but the sweeping, airy synths make it so that it doesn’t have the same grunginess. The scope of sound is where I hear the most similarity, in that both bands deliver an onslaught of craftiness that can be overwhelming at points. At the same time, though, the dreamy and spiraling progression of each song is Slowdive-esque, where they are the wildly vivid dreams to Slowdive’s daytime melancholy.

Solovera sings in English, though the lyrics are at most times indiscernible, along the same vein as any Cocteau Twins song. There seem, at points, to be more “ahs” and “oohs” than any actual words, and I feel like my high school choir teacher would probably tear up at hearing such beautiful high notes. The vocals, too, separate it from other contemporary shoegaze bands because they are so intensely high and dramatic. Moving away from the disinterested cooing that is à la mode, the incoherent and ethereal nature of the vocals seems like another instrument mixing with the reverb, the sometimes drones and the clashing guitars in a heavenly way.

Together, it all sounds cosmic, big and growing, a vision of our expanding universe. This is an album to pick up if you want something loud and erratic that at the same time makes you feel good in the way pop does. It’s an artful combination of chaos and intensity that demands to be turned up, and of delicate, saccharine warmth that’s ultra-sweet and blissful to the ear. This album is an extreme example of the power that dedication to creation can yield, and it sounds so, so good. Fingers crossed that the band crosses a continent and an ocean sometime soon?