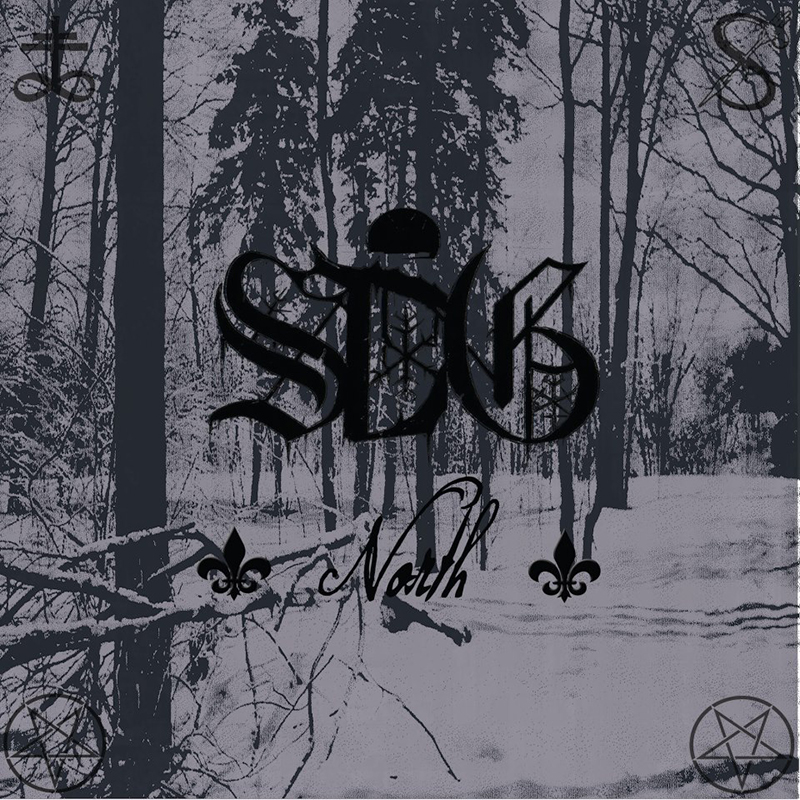 This Québécois group has had something special and unique going on since the ’90s, and despite being underground in most regards, they’ve never put out a mediocre album. I first heard them through their split with Monarque, another under appreciated yet highly skilled and awesome band from the same side of our Northern neighboring country. Have Sorcier des Glaces lost their touch of frosty, sinister, Canadian black metal with this album, you ask? Allow me to be polite and succinct: Fuck no, they haven’t. There isn’t a moment that gets tiring. Every second of every song is dense with meaning—each second is methodically cut into a purposeful, horrendously enjoyable work of art like a sadistic surgeon who knows how to make some goddamned black metal—proper, satanic black metal.

North expands on Sorcier des Glaces’ past albums with an ethereal, cold sound that I could describe as atmospheric in an abstract sense, although this wouldn’t be classified as Atmospheric Black Metal—that moniker usually denotes bands that utilize long chunks of synths and/or silence that can get boring if not done correctly. The songs on here come straight at you with no filler or bullshit. Guitars? There’s a fresh spread of icy tremelo riffing, grandiose chords that cover the songs in a lavish sauce, and some clean, plucked passages that sprinkle the dish like chilled, sugary sprinkles. The drums? They sit nicely in the mix with popping snares, ferocious fills on booming toms, and cymbals that splash without a trace of obnoxious ringing (compliments to the man sitting behind the set, Luc Gaulin). If you wanted some 50-times-over layered clean vocals on this release, SdG are fresh out: vocalist/bassist/guitarist/founding member/professional ass-kicker Sébastien “Roby” Robitaille doesn’t play that shit. You can either get the hell out or embrace his screams, devilish narration or even some ghoulish breathing (Ok, I concede, there are some cleans lurking beneath the avalanche of screeches and epic solos on the title track…they kick ass, though, and are not cheesy in the least bit). The guitars on North are subtle and add even more of a below-freezing atmosphere to songs that would rule, even without them (see: “La Noirceur Éternelle” and the hateful “Storming From Beyond”).

It’s hard to pick favorites on albums, but if somebody told me that I’d be held at gunpoint and forced to watch six consecutive screenings of Guardians Of The Galaxy on IMAX if I didn’t choose, I guess I’d go with “Dawn Of The Apocalypse”—it showcases just how talented these guys really are if you’re too impatient to listen to the album in its entirety. It’s got it all: the foreboding keys, slow, medium and blasting tempos—everything you could want or ask for (which North as an album delivers already), with lyrics that squeeze you by the balls with frigid talons.

If Norway and Sweden are where the term “Northern Darkness” originated when describing the legendary black metal from which it came, the title for Sorcier des Glaces newest release is fitting: On our continent there’s been a storm brewing for quite some time, and it’s turning into a tempest. If it’s black metal done properly you seek, keep an ear on Canada and you’ll find everything you’re looking for.

(Correction: A previous version of this review incorrectly referred to Sorcier des Glaces’ use of synths on North.)