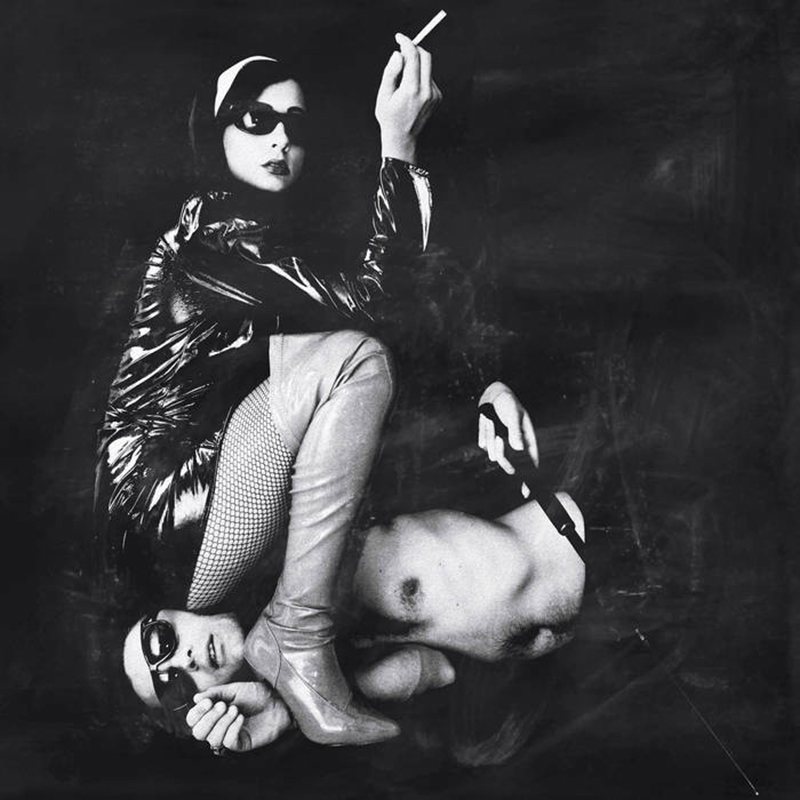 The Devils embody the definitive sound of desolation and chaos. Theirs is a style that is nothing short of a symphony meant for utter human annihilation. Their new album is called Iron Butt, and there’s plenty of sex, sin and rock n’ roll. Charming name aside, the absolute primitive noise within these grooves reveal nothing less than a nod toward a sure mental collapse. This is thanks to a chainsaw massacre guitar, death-stomping drum beats and blood-curtailing vocals. For the unaware, The Devils are from Naples, Italy, and they descend from blues-driven, wall-of-fuzz punk rock madness and Ken Russell’s 1971 B-movie of the same name. Think of them as the face-melting garage punk demon offspring of The Cramps’ incestuous relations with The Gories.

Listening to Iron Butt was like being exorcised of all that is pure from my body and soul. I feel overwhelming senses of dread and chills, as though Valek from the Annabelle Creation saga is lurking behind me. The opening track, “Put Your Devil Into My Ass,” personifies this as a distorted assault on the senses. Short and sweet, this track betrays the notion of being thrashed around and jack-hammered into an early grave.

“Red Grave” is a garbled mess. This track rips into hoots, hollers and screams. It’s all that is unholy about psychedelic garage rock—absolute and overwhelming. “Pray You Parrots” is truly savage, the tune for the aggressive and unstable. “Guts is Enough” builds with a strong beat into real blues-inspired garage rock. It reminds me a bit of The John Spencer Blues Explosion by being untamed, but well recorded.

“White Collar Wolf” continues in this vein by bringing a distorted blues feeling into prominence. This track is something to sway to while being bewitched by sinful sounds. In contrast, “Don’t Tell Jesus” brings back The Devils’ signature primitive style. The rest of the album follows suit with this. An exception however, would “Radio Maria Anthem.” This track is an instrumental mired in garage rock grittiness. It reminds me a little of The Phantom Four, minus the wild surf rock. Also of note is “The People Suite,” a cover of the 1969 song by The Deviants.

Knowing that a life like mine is filled with sin, this rock n’ roll duo may have just released the anthem to my journey into purgatory. Played loudly enough, my journey will be painful and long. As with their previous album, The Devils display nothing less than a style serenaded by hellfire. It’s the kind of garage rock that wrenched itself back from the dead after being buried alive and locked away for the good of humanity. Clearly such warnings have been dutifully ignored, and I’ve played subject to this ear-bleeding, brain-stroking mess. These blasphemous hell-offspring creations are not meant for the weak-hearted or easily offended. They are meant for the damned and crucified souls trapped in a hell-destined rock n’ roll spiral.

This all being said, The Devils’ Iron Butt is not necessarily a stand-alone sound to hear. It is, however, in line with plenty of garage trash that has come before. So, pick this up at your own leisure. –Nick Kuzmack