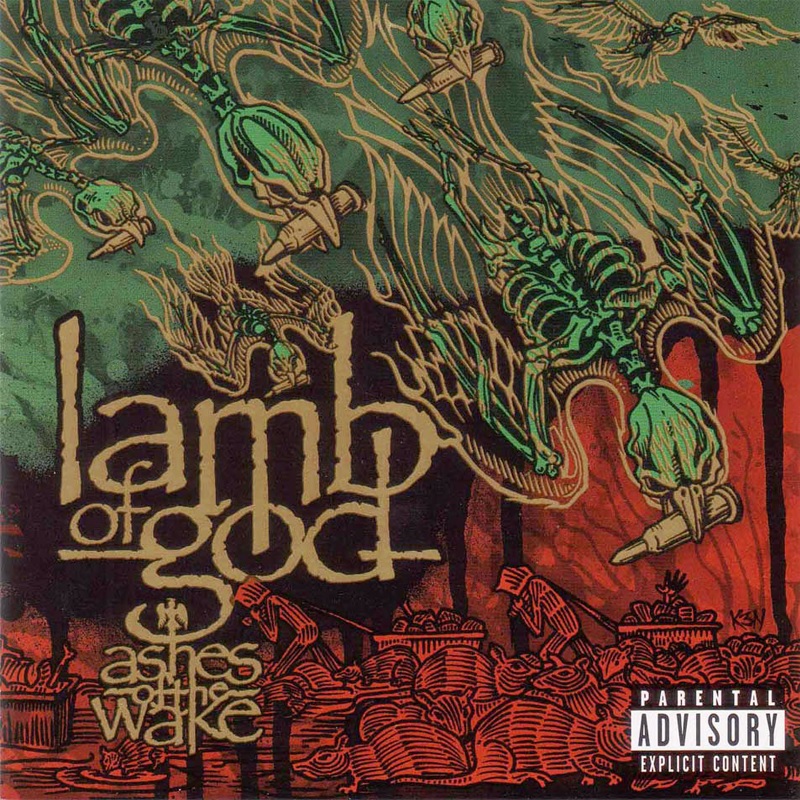 Review: The Lamb Of God – Ashes Of The Wake

The Lamb Of God
Ashes Of The Wake

The Lamb of God precision attack is honed and ready to destroy everything in its …wake. Ashes Of The Wake is the latest from L.O.G., and like its predecessor, As The Palaces Burn (2003), Ashes… is comfortably situated as one of the best albums of the year. Ashes Of The Wake also serves as the band’s major-label debut on Epic Records. While the overall vibe of this release is on track with what they’ve done in the past, the technical playing and ever-increasingly complex song arrangements have elevated this album well beyond anything they’ve done in the past. The band attributes their “always progress” mentality to their early years, when they were known as Burn The Priest in Richmond, Va. According to bass player John Campbell, the scene in the Richmond area produced so many good bands that if you didn’t continually get better, you were sure to get blown off the stage. To this day, Lamb of God still adheres to their rigid practice schedule by rehearsing five times a week.

The band’s highly rhythmic writing style takes center stage once again on Ashes Of The Wake. This release is equal parts traditional thrash metal mixed with today’s progressive death metal. Their music also contains a distinct melodic component. Layering, mostly in the guitar department, has an increased role this time around. Just about every song features dissonant harmonies or the guitarists playing two completely different parts on opposite channels. The band chose “Machine” from The Machine Shop to produce the album. Although their choice was a departure from the pool of traditional metal producers, the result of the choice is absolute perfection. The album retains a very heavy edge while at the same time attaining a near-transparent quality. The sound is crystal clear; you can feel the heaviness but still hear every component of the music.

Ashes Of The Wake includes a demo version video for the song “Laid To Rest.” In my opinion, it’s everything a video should be—nothing but mics, mixers, headphones, guitars and drums. I’ll take a video done in the studio over the usual contrived situational video any day. In an odd twist, as it turns out, the title track of the album is an instrumental. Like fuzzy-faced diamonds in the rough, guitarists Mark Morton and Willie Adler finally prove they are more than competent guitar soloists—now if we could just get them to play even more solos! Along for the ride during the instrumental is former Testament guitar god Alex Skolnick (currently with the Alex Skolnick Trio) for a guest spot. An equally deity-worthy performance is contributed by former Megadeth guitarist Chris Poland (currently with OHM). Simply stated—I couldn’t possibly be more into the music of Ashes Of The Wake.