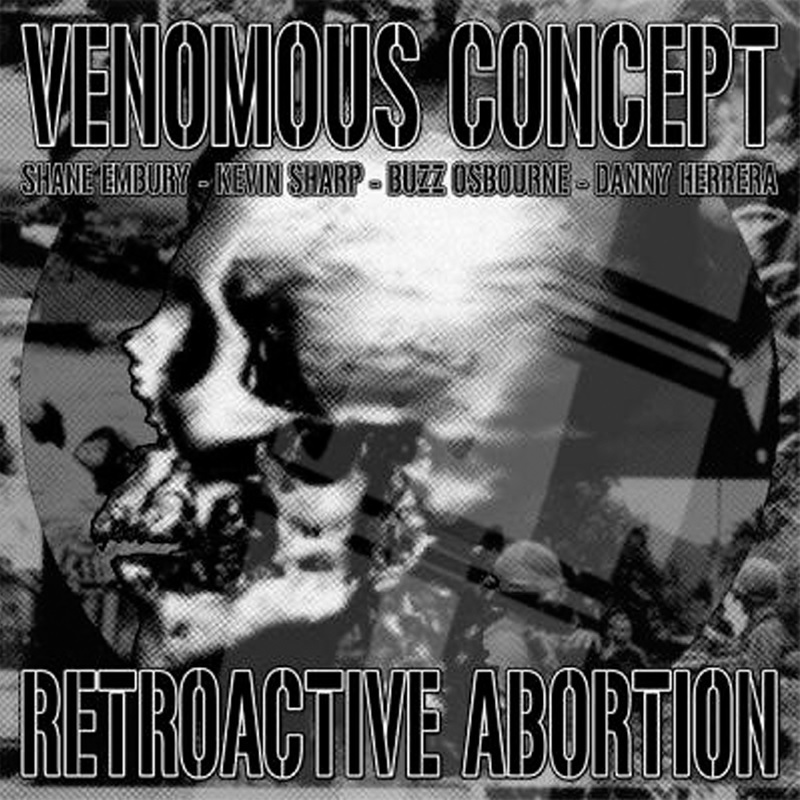 Venomous Concept’s album Retroactive Abortion has received mediocre to poor reviews in magazines larger than SLUG. I doubt any writers from those magazines spent their youth in rural Utah County searching for anything weird or obnoxious to counterbalance daily threats from rabid hicks. I don’t think anyone who looks for “pop sensibilities” could understand molten thrash made by spare Melvins, Napalm Death and Brutal Truth members.

Venomous Concept aims to make thrashing hardcore punk inspired by legends like Discharge, Gauze and Poison Idea. Much of the time their thrash is straightforward and authentic to the style of early 1980s hardcore. I can listen to generic thrash all day long and still enjoy it, but what I really like about Venomous Concept are the moments when traits from their “real” bands subconsciously creep in. The song “I Said It Before” has a riff that could’ve been lifted straight off DRI’s first LP, but with Kevin Sharp (Brutal Truth) bellowing like only someone who’s been listening to metal for decades. “Run Around” sounds like Utopia Banished-era Napalm Death but with punky drumming instead of Napalm’s trademark blastbeats. My personal favorite, “Braincrash,” sounds like what the Melvins would sound like if the Melvins were sketchy metal dudes on crank instead of the nice but extremely weird people they really are.
These stubborn old farts are excellent musicians, but the lyrics are way generic and the album art looks like it was rushed through Photoshop. Cheesy skulls are much cooler when they’re hand-drawn instead of copied off the Internet. Still, Venomous Concept play under-produced ugly thrash, and under-produced ugly thrash is what I eat, sleep and breathe. (Ipecac Records/P.O. Box 1778/Orinda, CA/94653/Ipecac)
This review originally appeared in Wasted Life, February 2005, Issue 194.