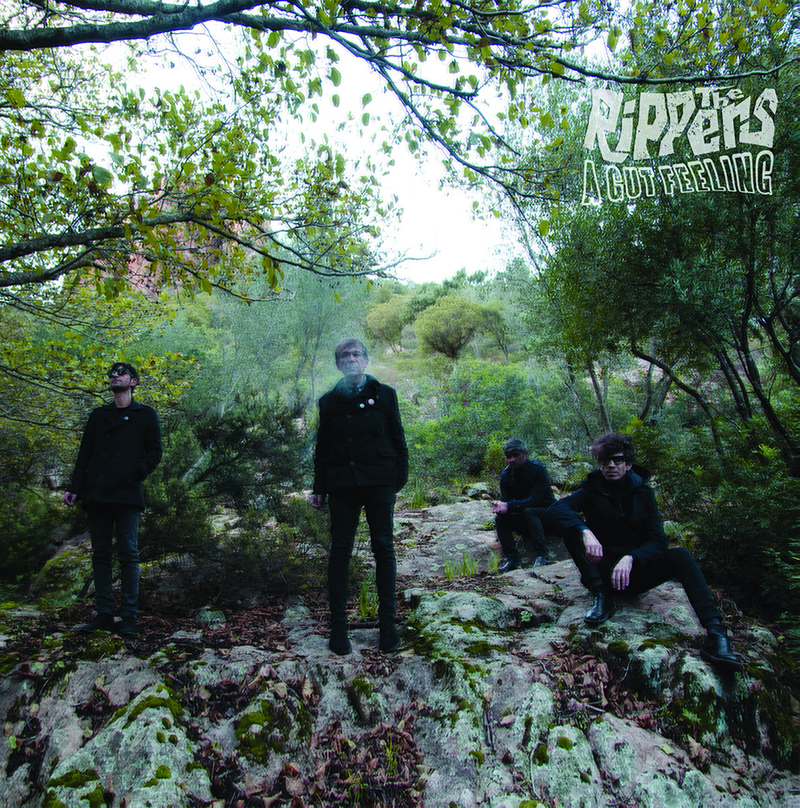 Review: The Rippers – A Gut Feeling

The Rippers
A Gut Feeling

Slovenly Records
Release: 06.02
The Rippers = The Satelliters + The JuJus + Bo Diddley + The Jackets

The Rippers come roaring back from the dark and dimly lit scum-filled alleyways with their new LP, A Gut Feeling. Those familiar with these mod-inspired maestros will no doubt be aware of their wild and raw sounds. Their garage rock is infamous. It is meant to annihilate and rip through the senses, and with previous records, they have done just that.  A Gut Feeling, however, shows a kind of maturity. It’s well polished, but still maintains The Rippers’ bluesy, freakbeat sensations.

A Gut Feeling carries forward The Rippers’ garage rocker roots into the realm of something vaguely spaghetti western–esque. These mods still roll and knock about with bouncing back beats. The difference, though, from their other records, is that The Rippers have evolved into a sound that is friendlier to the ears.

This kind of rock n’ roll could appeal to the causal Allah-Las-loving hipster—providing that they learn to groove to something with a bit more depth. The Rippers offer rock n’ roll that is meant to excite and motivate, rather than dull the senses with cheap, mass-produced alternatives. They  are a band with an appreciation for over 50 years of rock n’ roll history. In the veins of their music there is John Lee Hooker as well as The Misanthropes or The M-80’s.

The opening track, “A Lot Of Time,” is a real bouncing groover.  It’s got a sharp harp and rolling, provocative guitar riffs. This mod tune is perfect to get a party started.  The second track, “Piece Of My Heart,” holds the same musical standard as the previous track. However, it’s got more of a rocker’s umph behind it. These kinds of dual styles can be expected in much of A Gut Feeling.

“Shiny and Brown” stands out and is my favorite track on A Gut Feeling. It’s a true freakbeat tune that could have come from the weird garage poppers from the U.K. in ’66. “Shiny and Brown” has a kind of edge with mod sensibilities. It’s a bit of a mix between The Movers’ “Leave Me Loose” and The Strangeloves’ “Night Time.” This is the tune to sway to. So, when listening, play it loud to “inspire” your friends and terrify your enemies.

“So Loud” is another track that holds a unique place on A Gut Feeling. It’s a spaghetti western–like ballad that reminds of Scott Walker—providing that he had been more of crude-sounding, three-piece suit rocker.

The other golden number here is “Stop To Drive Me Mad.” It invokes a knife blade pressed against your throat, as it’s in a style that borders on psychedelic garage punk. This is a real ripper and is the kind of track that screams that danger has finally come back to rock n’ roll.

If this had come out 10 or so years ago, I’d have thought it bordered on being a played-out take on the rough sounds of garage rock. That being said, The Rippers hold and have always held their own. In these times, it’s brilliant to see rock n’ roll dressed up and blasted out with high-fidelity sex appeal. These guys offer something actually good and refreshing, instead of trash skater rocker types who adore the now generic quality of pop-driven, Oh Sees–invoking music. Now, go pick up A Gut Feeling and live a little. –Nick Kuzmack