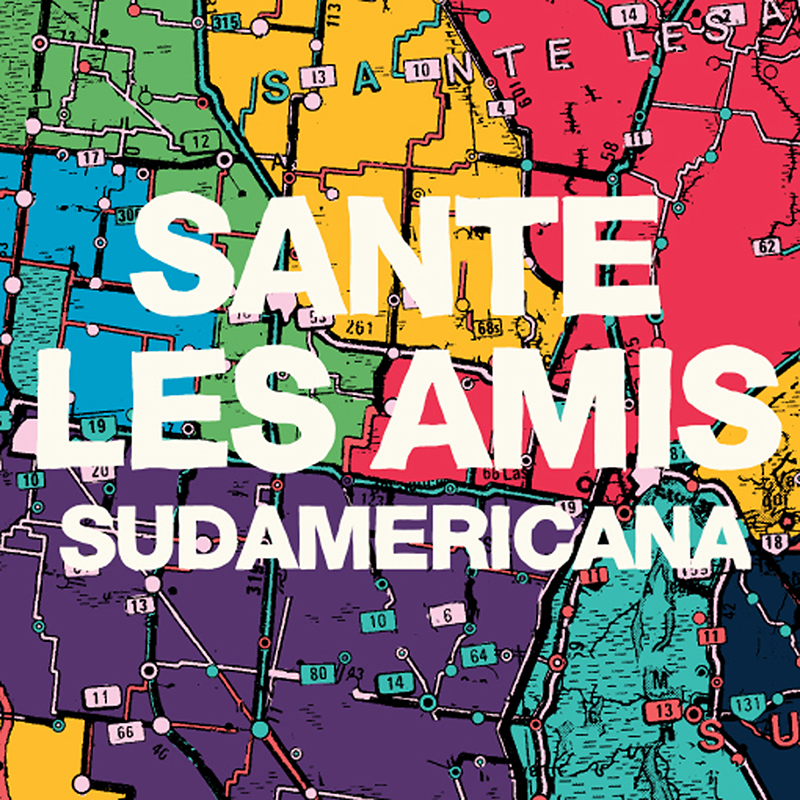 Sudamericana is the well-produced, full-length debut by the Uruguayan group, Santé Les Amis. Naturally, the music is Latin based, but it’s also strongly influenced by American pop rock. So, while you might hear some catchy whistling that’s reminiscent of Peter Bjorn and John’s heyday, you’ll also be hearing Latin horns by the end of the song that take you back to the other side of the equator. What SLA do best is balance each piece of every song. Not a single track feels overdone or out of place, and each one is a carefully constructed piece of pop with fast guitar riffs and touches of disco. There’s nothing too progressive on here, but it’s a good choice if you’re looking for some Spanish music that has enough power to stand next to the theme song from Rocky. –Justin Gallegos
Photos: