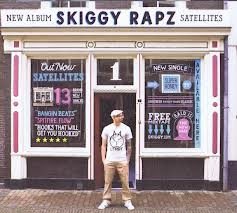 Beats Broke
Street: 01.29
Skiggy Rapz = Mac Miller – Asher Roth + Kevin Rudolf
Repeated, perturbing consonant sounds on “Winning Vibes” are the lightest drawbacks on Skiggy Rapz’s latest, Satellites. High-production hip hop often feels like an endless game of lyrical Boggle, where few combinations are possible––Skiggy Rapz is no exception. It seems that his goal was to create a wash of vapid pop rap (“prap”) that could squeeze its way onto the radio; hence, I was not surprised that the only biographies I gathered online highlighted airtime in The Real World, Jersey Shore and McDonald’s commercials. Even with an adept flow, Skiggy Rapz’s music comes across like Macklemore without the heart or charm. Fleeting tinges of interesting synths, such as on “SuperHoney,” only made the clusterfuck more frustrating. Should he ever come to Utah, I’ll go to his show, but I’m just gonna wait until halfway through before jumping onstage and crowd-surfing his glasses off his face. –LeAundra Jeffs