Slutever = The Slits + Be Your Own Pet 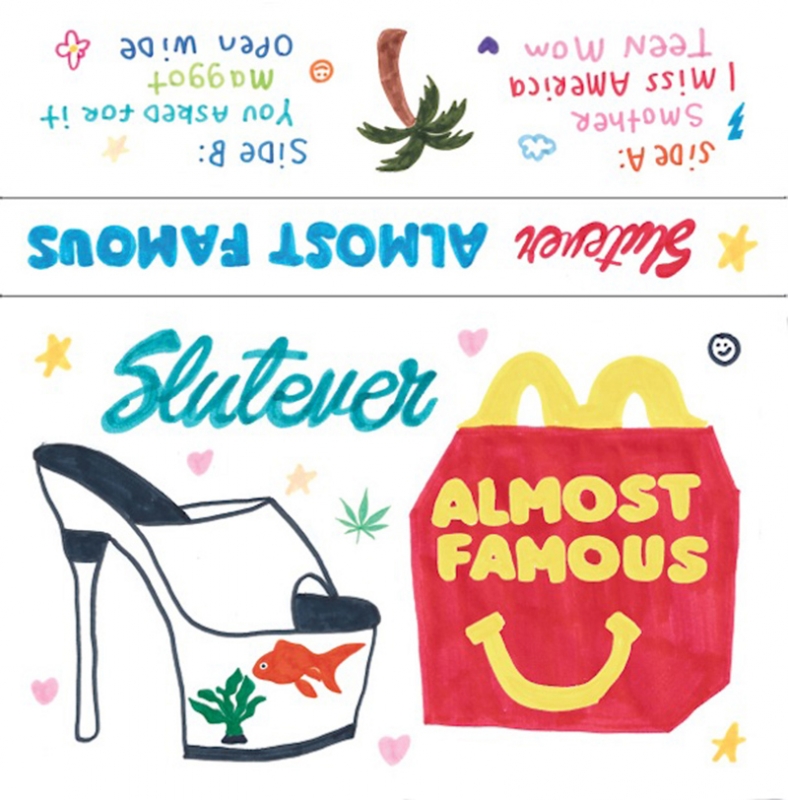 Slutever
Almost Famous
Self-Released
Street: 02.17
Slutever = The Slits + Be Your Own Pet
Almost Famous would be the perfect soundtrack for a Heathers homage. On their almost comedically cynical third EP, Nicole Snyder and Rachel Gagliardi of Slutever kick things into reality-TV, teen-drama mode. In the updated version of “Miss America,” Gagliardi’s guitar wails in dissonance while Snyder’s voice spits real shade, concern and criticism to a person too far gone to listen. The final wrenching line of the song, “You’re already drunk / It’s 10 o’clock in the fucking morning,” hits close to home by reminding me of scenes with past roommates and friends. “Open Wide” is my favorite song that doesn’t quite fit the rest of the album’s motif but resonates on a fundamental level of static depression of realizing post-teenage life isn’t what we were promised—with their layered lament that “now that you’re older / things aren’t much better / it starts to look bad when you can’t pay your rent.” Through this album, I’ve also found Primitive Hearts and Skating Party, adding more to the lo-fi, high-emotion section of my brain’s musical library. My only complaint about this EP is that it’s too short, so find their full discography on Bandcamp to feed the craving for more. –Taylor Hoffman
Photos: