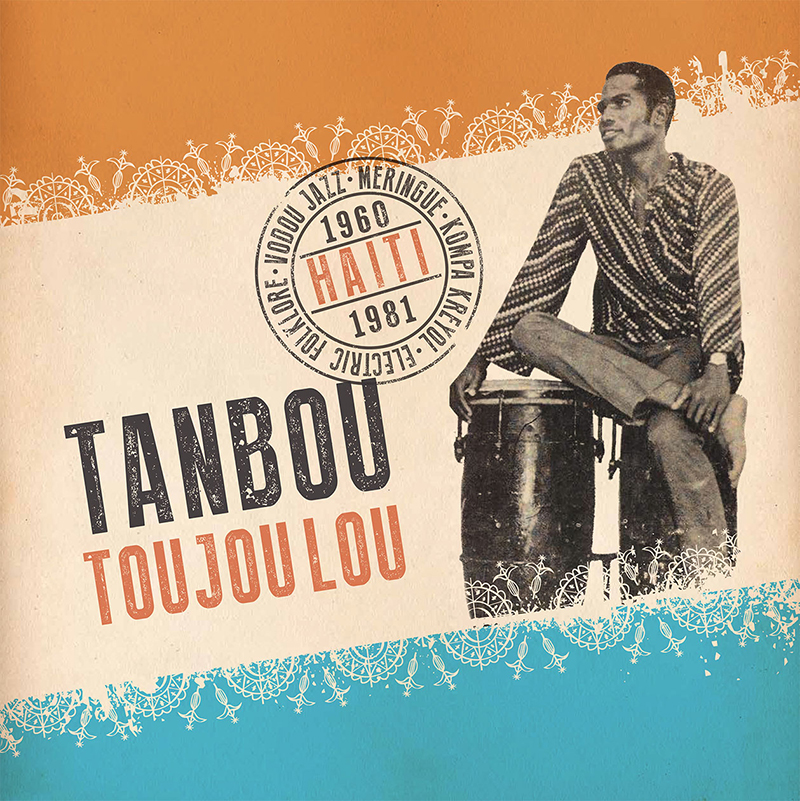 From the scarcity in which these records exist, and in a country that recently experienced an infrastructure-leveling earthquake, crate-digging for late-era, 20th Century Haitian music in Port-au-Prince sounds like an incredibly quixotic endeavor. This endeavor was taken on by Vik Sohonie—an American DJ, record collector, writer and record label founder dedicated to preserving Afro-Atlantic sounds. Sohonie traversed a post-earthquake Haiti, combing through old radio station offices, private collections stored in musty basements, record stores that had crates of “plaques” (Haitian slang for LPs) that had been held in the back of stores long past the hope of recouping a profit on these outdated forms of media.

The purpose and end result is a beautiful, long-running compilation that provides a sampling of various and distinctive Caribbean and Haitian genres—not necessarily by displaying classic cut after classic cut, but by finding the nuance and blend between genres that present a seamless mix from end to end. More of DJ Kicks than Nuggets, if you catch my drift. Throughout the album, however, you hear an evolution and an assimilation of African diasporic beats, Caribbean grooves and melodies and a melding of Western Jazz, funk and dance music through a distinctive Haitian lens. These songs reached Haitian ears mainly through Haiti’s collection of FM broadcasters spotting the island where DJs played a mix of pre-recorded music (scarce at the time) and live bands in the studio. FM stations were important sources of exposure and experimentation, where traditional music was given both an audience and an air of professionalism. These radio stations would later serve as the treasure trove of records that Sohonie came across during his Haitian pilgrimage.

The nuanced distinctions between kompa and meringue are a bit beyond my expertise as a music writer whose corpus of musical knowledge centers around late 20th Century experimental music. However, honing in on distinct measures and parts gives a greater sense of what was in the air at the time and how these musical genres were elastic enough to balance multiple influences at one time. Standouts of the compilation include Ensemble Etoile du Soir’s jagged, expressive electric guitar soloing over traditional kompa rhythms on “tripotage,” Nemours Jean Baptiste’s propulsive alto-sax on “Haiti Cumbia” as well as the slinky, seductive Vodou Jazz of Super Jazz de Jeunes on “Erzulie Oh!” My favorite moment on this compilation is the incredibly prescient guitar playing on Channel 10’s “Lola,” which moves between textural bites of rhythm and a psychedelic bridge that demonstrates the porous nature of borders when it comes to the free pollination of musical influences. Another example of this is Ibo Combo’s free-wheeling electric organ on “Soufrance,” which features a sexually dynamic interplay between the dueling organ and guitar. The compilation is also home to some rhythmically dense compositions, like Zotobre’s “Lagen,” which features a polyrhythmic foundation with a floating accordion that pokes tiny holes within the thudding bass line and propulsive rhythm section.

Records like this point to the importance of cataloguing and preserving a country’s musical output. The country’s heart beats in the rhythms that a country dance and cry to. Tanbou Toujou Lou: Meringue, Kompa, Kreyol, Vodou Jazz, and Electric Folklore from Haiti 1960-1981 is one of those albums: a treasure trove of discovery and innovation. –Ryan Hall