Ultra Bidé have long been a source of aggressive music that could be described as noise rock mixed with artsy post-hardcore. 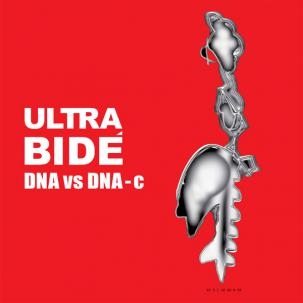 Ultra Bidé have long been a source of aggressive music that could be described as noise rock mixed with artsy post-hardcore. They’re a first wave punk band, having surfaced in Japan in the late ’70s. It’s been over a decade since their last full-length record, so this 11-track disc is a welcomed treat—and they come out swinging. The title track showcases the group’s dual bass and drums combination beautifully. At times, the record has a bit of a 1980s radio feel to it—but only if you were listening to skull-shattering music in the 1980s. Other tracks, like “Phase is Massive Power Attack Weapon,” give off the vibe that the world is coming to an end and that mechanized, modulating bass notes are our only defense. The only drawback is that all 11 songs barely break the half-hour mark. I was sad that it ended so quickly, but I enjoyed the ride. [02.04 @ Burt’s] –James Bennett
Photos: