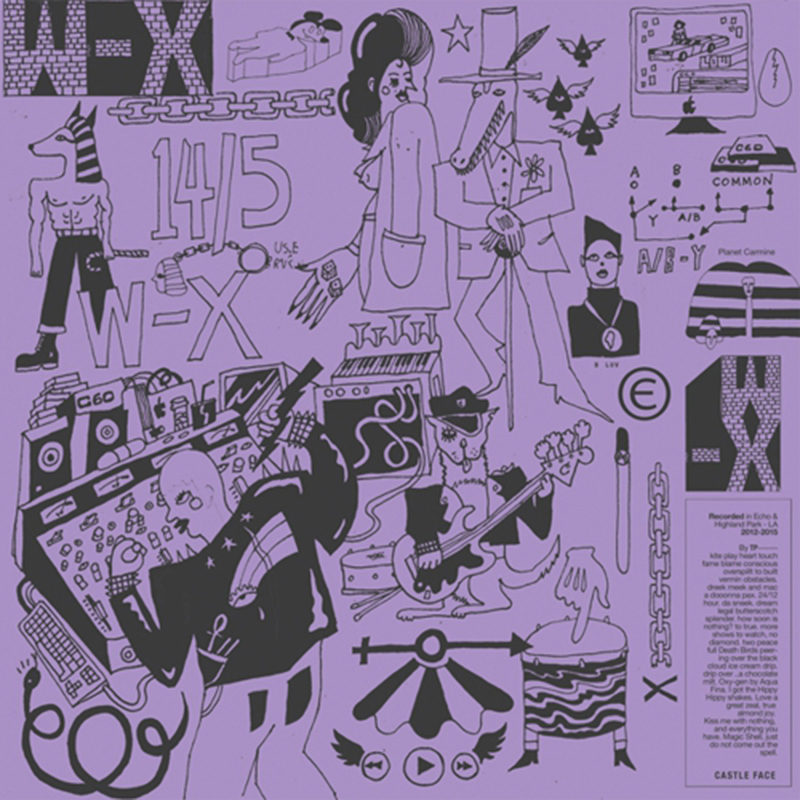 W-X is a new solo project from the prolific Tim Presley, who’s best known for his work as White Fence. The latter project might paint Presley as experimental, but nothing he’s previously released is this unorthodox. Rather than guitar solos and fuzz, W-X delivers intelligent psych music via synthesizers and percussion-driven soundscapes. In a poem accompanying W-X, John Dwyer (Castle Face Records) refers to the album as “a headphone record at its primal best.” The mostly instrumental compositions feel like moodpieces, ranging from paranoia (“Running From The Dogs”) to enlightenment (Sacri-Face”) and require attentive listening for maximum pleasure. Presley also show’s his knack for rap-leaning beats and grooves with “The Lurk.” Although W-X focuses on instrumentals, it also features some White Fence–esque tracks to round things out. Closing track, “Hermit Stomp,” stands as one of Presley’s catchier songs and provides a friendly conclusion to his most challenging album. –Justin Gallegos