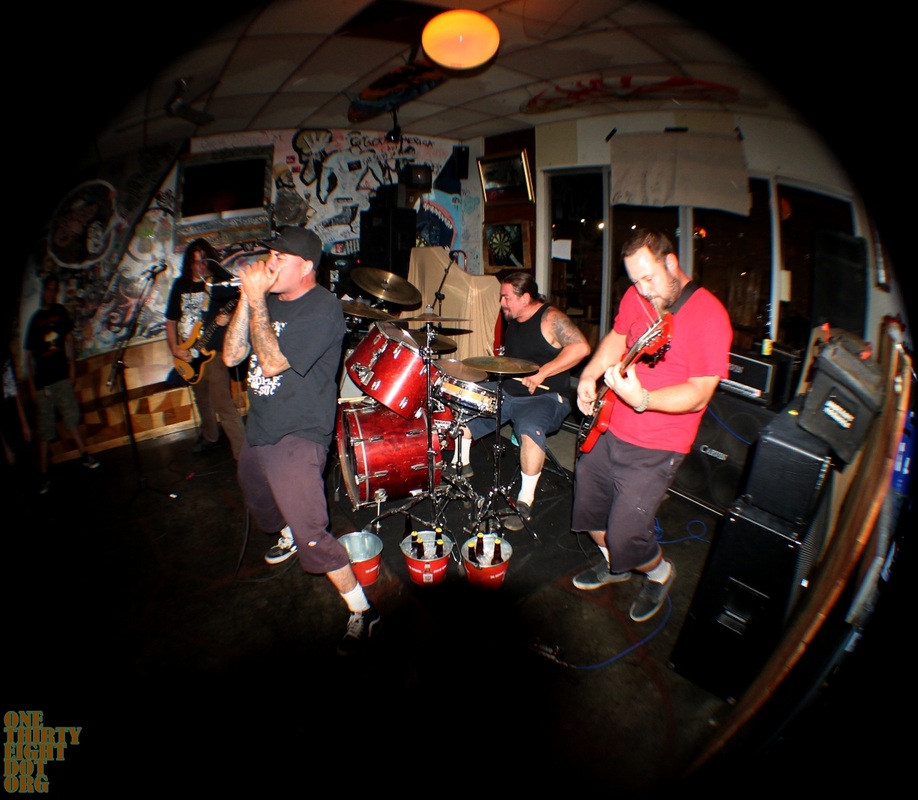 “Started back in 1990, always drunk, always rowdy
People say we play too loud, and we bring a fucked-up crowd

You paid two bucks at the door, now you’re lying on the floor
Broken nose and busted lips, that’s what you get in the pit

We’re still coming, we got some more, I’m still puking on your fuckin’ floor
S.M.D: we’re not hard to get, give us free beer, we’ll give you regret.”

–”Bad Rep,” S.M.D I must have been listening to Ride the Lightning too much. SMD has been a band since 1990 and I just barely found out about them. They’re one of those rare bands that does everything right; where the music is perfect but they pay equal attention to the lyrics, album art and recording to hammer their singular vision of beer-soaked thrashy hardcore punk into your squishy, malformed head.

Their first CD, Pissing Beer, starts and ends at the speed of thrash, so there’s no variety in speed, but the riffs are catchy as fuck and there are no less than four songs about getting wasted. I know that songs about beer are very cliché, but the difference between SMD and those punker-than-thou types with giant mohawks who act more like stereotypes of punk than people who actually think for themselves is that SMD are talented lyricists and they have the most sincere songs about beer in the history of punk rock.

SMD’s second CD, Hatefed Motherfucker 666, has them maturing, if you can call it that, with some slow intros, thrash metal solos and gratuitous mosh parts. Still, Hatefed Motherfucker 666 isn’t metal as all hell like a mid 1990s Victory Records band. It’s more like DRI’s Dealing With It LP, where the unrelenting hardcore thrash is tempered with some metal parts to make the music more gnarly but not so many metal parts that it sounds like King Diamond. Budweiser-addicted Mexican-American rage gets no finer than SMD. For copies of Pissing Beer, write to SMD at 8807 Arma St./Pico Rivera, CA/90660, or e-mail them at smd_hatefed@beer.com. For copies of Hatefed Motherfucker 666, write to Six Weeks Records at 225 Lincoln Ave./Cotati, CA/94931.