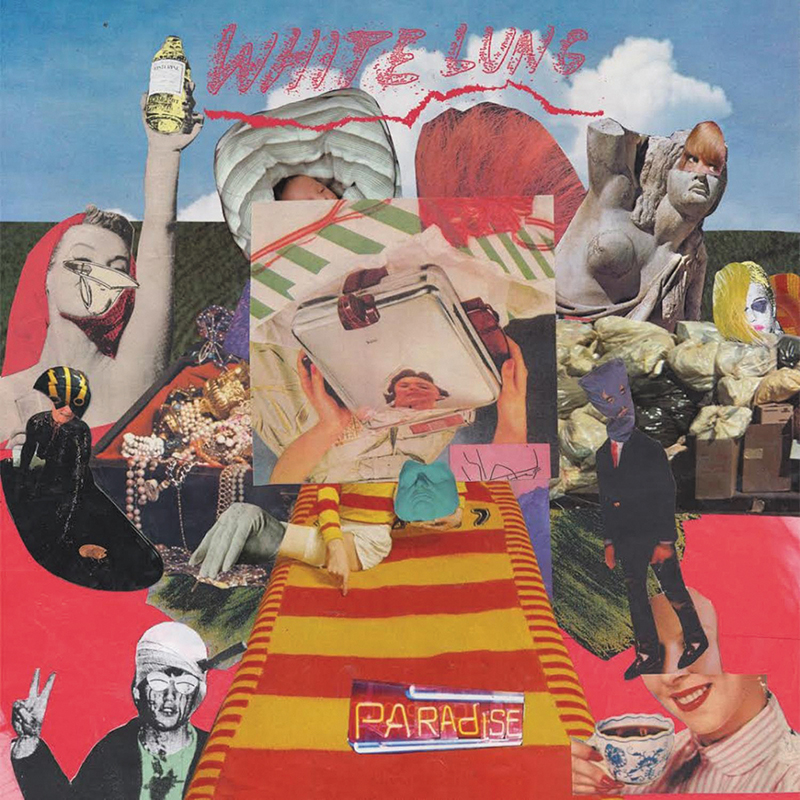 White Lung’s fourth album, Paradise, is a trip into sunny Shangri-La. With bright riffs and vibrant vocals, this album diverges from the punk grit of previous albums to adopt a cleaner and further-developed musicianship. The exuberant style of Paradise may be attributed to vocalist Mish Barber-Way’s natural progression of songwriting and a maturing band.

The Vancouver DIY unit released their first two albums on Deranged Records, a Canadian hardcore punk label that has worked with bands like Fucked Up and Career Suicide. For their most recent two records, White Lung signed with Domino, a label generally associated with indie acts like Animal Collective and Neutral Milk Hotel—a stark contrast to the preferences of Deranged. White Lung appealed to Domino because, as Ned Russin of Title Fight said on Amoeba Music’s What’s In My Bag?: White Lung “mix it up from your typical format of what you would expect from a band on Deranged.”

White Lung stick with the same lineup from their 2014 album, Deep Fantasy, for Paradise. Barber-Way remains on vocals while Kenneth William is on guitar and Anne-Marie Vassiliou, formally of The Riff Randells, is on drums. The band chose Lars Stalfors, a producer who would push the band forward, to take charge of recording and mixing the album. Stalfors is known for his work with a diverse range of acts, from Matt and Kim to Cold War Kids to Chelsea Wolfe.

Paradise opens with synth-like riffs in “Dead Weight” as William and Vassiliou grasp the frantic sound that is so fundamental to White Lung. Although the band has evolved in their style, fans are reminded that this is still the same White Lung as Barber-Way channels the boldness of her hero Courtney Love in her belting of abstract declarations that challenge the societal pressures placed on women.

Barber-Way told Annie Clark of St. Vincent in an interview that the third track on the album, “Below,” was based on a quote by social critic Camille Paglia that addresses the transience of beauty and its place in feminist thought. The lyrics of “Below” lament a woman’s loss of value with her loss of beauty, as Barber-Way sings, “You know this means nothing if you go die alone. They’ll bury your beauty, transient living stone.”

The previously released single “Hungry” highlights White Lung’s step into pop territory with toned-down vocals softened by the use of harmony and instrumental breaks characterized by bouncy riffs. This track is yet another song that addresses the plight of women. Its message doesn’t stop with the lyrics but translates into the music video, starring actress Amber Tamblyn, who has made her mark in films like The Ring, 127 Hours and Django Unchained. The music video chronicles a model on a can of condensed milk as she attempts to cling to her youth and beauty. The video also features a cameo of George Clarke of Deafheaven.

Paradise is aptly named for its soaked-in-sunshine melodies. Nonetheless, White Lung do well not to let the pop flair overshadow their punk roots. Paradise is an optimistic progression in a practically flawless discography. –Emily Anderson