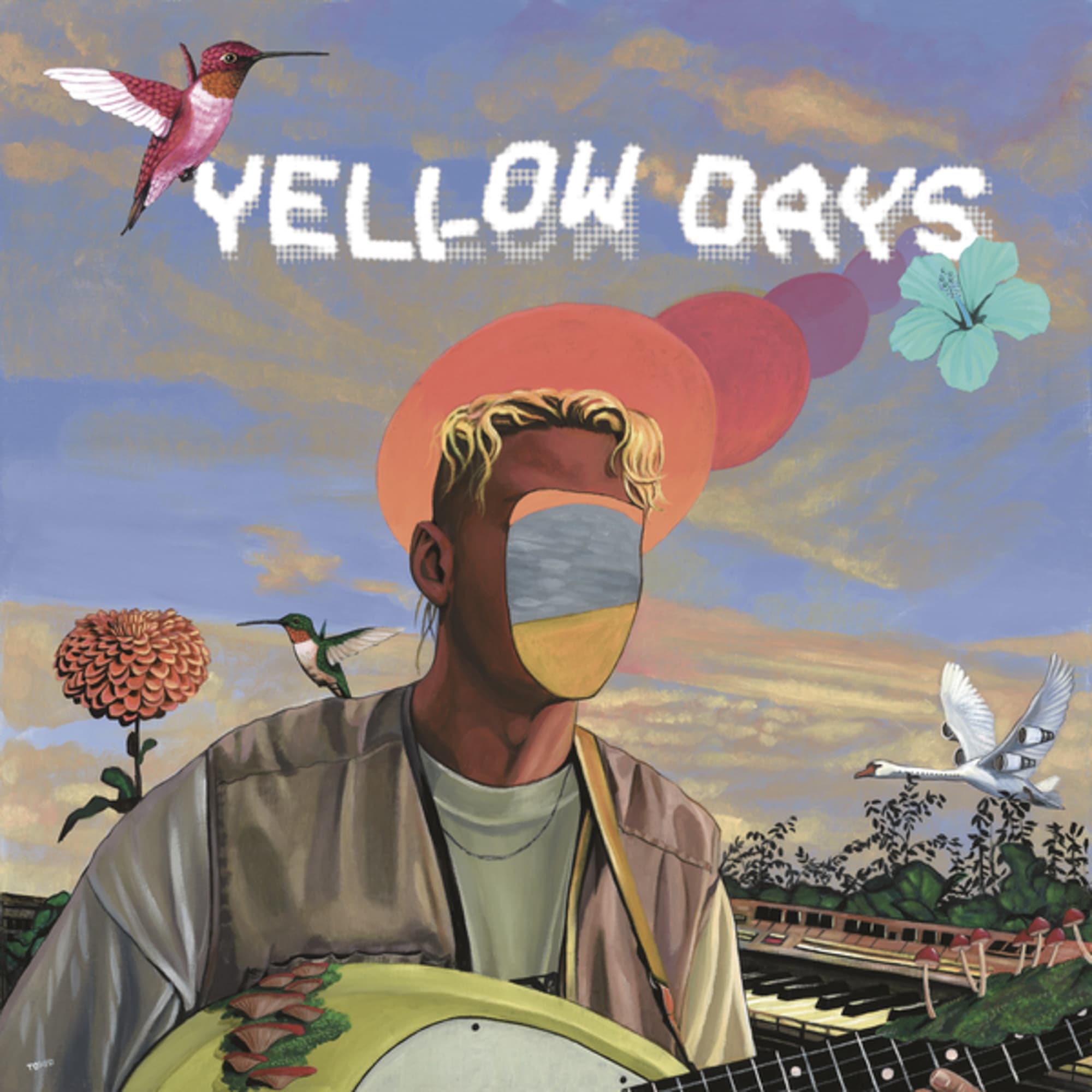 Yellow Days | A Day in a Yellow Beat | Columbia Records

Review: Yellow Days – A Day in a Yellow Beat

Yellow Days
A Day in a Yellow Beat

It’s a rare and special thing for a musician like George van den Broek, better known as Yellow Days, to come along. A self-taught multi-instrumentalist from the UK, 21-year-old van den Broek possesses a songwriting ability well beyond his years and a mature, throaty vocal tone to match. On his sophomore release, A Day in a Yellow Beat, van den Broek dives headfirst into R&B-soul and jazz fusion with saxophone and keys-forward rhythms, creating an offering that’s as inventive as it is nostalgic.

“Today, unfortunately for the young artists … they’ve got producers who tell them what to say, how to say it,” criticizes Ray Charles on the album’s intro track, an old interview recording overlaid with plinking keys and synths. “They sound so much the same … I had identity when I was coming up.” This intro illustrates van den Broek’s goals in creating A Day in a Yellow Beat: to make music organically, with live instruments and by collaborating with a rotating cast of talented musicians. A colorful booklet accompanies the record, allowing listeners to match the instruments on each track with the illustrated headshot of the human behind it.

The album nods to the 1950s and 1960s through chilled-out, “cool jazz” tempos but also by including soundbites from the era’s PSAs as interludes. One of the best and most hilarious is titled “(Pot Party),” a segment of an “educational” anti-marijuana video played in schools in the ’60s. “Forget it man, and get with the countdown. Shake this square world, and blast off for Kicksville,” the narrator drones, poking fun at the lingo of “the trippers, the grasshoppers, the hip ones.” The album continues with the track “Keeps Me Satisfied,” in which it’s unclear whether van den Broek is singing about an actual lady lover or just his friend Mary Jane. Aside from these interludes, the tones and beats of each track rhythmically morph into the next like a live jazz band.

While the cheerful nature of each track seems to come from a world devoid of care, van den Broek doesn’t attempt to hide his struggles with mental health and hopelessness in his lyrics, even describing Yellow Days as “upbeat existential millennial crisis music.” On “Getting Closer,” he grapples with depression and loneliness. “Yeah it’s been a long time / Yeah it’s been a while / Since I rolled out of bed / Oh! With a smile,” he divulges to fuzzed-out, technicolor keys.

Mac DeMarco collaborates on “The Curse,” a similarly honest track about depression. “It’s ’bout time I broke out this funk / ’Bout time I lift this curse,” van den Broek sings, then offers a hopeful note of kinship, “Hey, I know just how it feels / When everything is just too real / Well don’t you know that I’ll be here my friend / If you need me anytime, yeah.” The lyrics of A Day in a Yellow Beat are certainly not all gloomy, though, and the album contains plenty of lovestruck ballads as well. On “Whatever You Wanna Do,” offbeat drums and glittering sound effects combine with sensual vocals, brave in the feeling of carefree love.

While the tracks on the album are much more jammy and less differentiated than Yellow Days’ previous releases, there remains a handful of stand-out songs on A Day in a Yellow Beat. The aforementioned “Let You Know,” “Getting Closer” and “The Curse” are definite highlights, as well as the spacey synth on “So Lost.” Bishop Nehru’s short rap on the track “!” breaks up the album’s hazy pattern and elevates it with—impossibly—even more soul.

The album’s 24 tracks (one for each hour of van den Broek’s “yellow day”) end decidedly with the reminder that “Hatred is foolish / But love is everywhere.” The pure joy radiating from the track is bubbling up, exploding. It’s hard to imagine the musicians on the album playing their parts without huge smiles on their faces. It’s a yellow beat, indeed. –Mekenna Malan