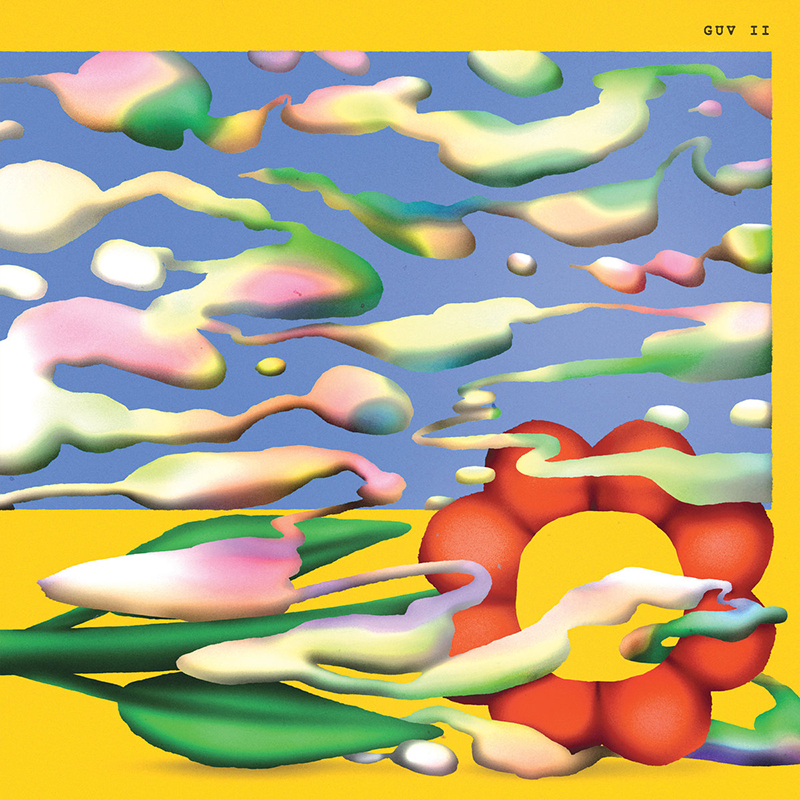 The first segment of this record, GUV I, was released in August and runs along the lines of pairing singer-songwriter lyrics with psychedelic indie-pop. Unique in comparison to the opening album, GUV II spans decades of definitive production value by merging synth-wave disco with this sonic repertoire. Between smooth transitions from one genre to the next, there is a continuous motif that takes on an authentic expression to a timeless subject: love.

On the initial track, “She’s a Fantasy,” Guv experiments with recording techniques by using multiple layers of percussion that blend into an ending of panning vocal harmonies. The track gives a reminiscent nod to The Beatles during the making of Revolver, where anything should go and weirdness is encouraged.

As the tempo heightens on the song “Can I Just Call U,” Guv includes an acoustic guitar, giving the track an upbeat early 2000s feel similar to the sounds of The Libertines. The additional accompaniment of an electric guitar lead above the doubling choral melodies makes this track undeniably nostalgic, uplifting my mood and reopening my love for turn-of-the-century indie rock. This same feeling can also be heard in the track “Try Not to Hang on So Hard.” It sways more into innocent pop rock—something I would have personally been obsessed with at the age of 10.

An alluring mermaid effect is created in the song “Forgot to Feel,” as it suggests the notion of heartbreak in paradise. The up-strums of an acoustic guitar from this track give it an underwater vibe, inducing the unwavering thought in my mind, “Do you like Pina-Coladas?” This song is also GUV II’s introduction to the dance-infused beats that start to become more prominent as the album continues—something that is absent from GUV I.

Guv switches gears from alternative to an evocative ‘80s charm on the song “Caught Lookin'.” The chiming effects, heavy drum beats and groove-heavy bass lines could be heard bouncing off the walls of a gymnasium during a junior high school dance: they are still accompanied with the innocence that keeps couples dancing at an arm-distant length only. This new wave experience is continued into the song “Trying to Decide,” where the fantasy dance sounds sway back and forth into a familiar disco guitar jam that is supplemented with chorus effects.

It caught me off guard how deep each song dives into various charted genre waters. The last half of this double LP, GUV II, ends strong with a fusion of different sounds. The seamless blending of alternative rock, psychedelic pop and new wave disco on “Can’t Say Goodbye” revives the magic that is making music in the modern age—something that may not have been accepted during the prime time of these decades but is now encouraged and celebrated more than ever. This double album is a prime product of the ability to pull inspiration from so many eras of distinct genres and melt them into true self-expression.–Kenz Waldon