SLUG Mag Soundwaves
Episode #395 – Cotes
00:00 / 18:06
Spotify Stitcher
RSS Feed
Share
Link
Embed
Hailing from Seattle, The Adarna is a band that is holding to the tradition that has fallen by the wayside for most of the musicians lured toward the brass ring on television—the tradition of writing great rock music, touring and playing anywhere and everywhere that can hold an audience and a tireless work ethic that would kill most lesser musicians.

The Adarna @ Kilby 07.17 with Berlin Breaks and The Departure 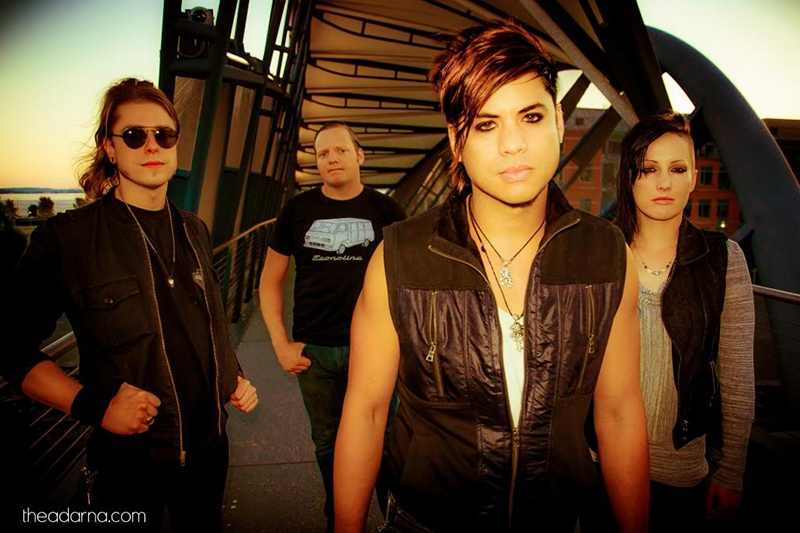 The Adarna are coming to SLC with Berlin Breaks, The Departure and Saving Satori on July 17.
In these modern times, there has been a shift in what is regarded as a sure-fire path to achieving fame and fortune by many young musicians and bands—pack up your bags, travel to Hollywood, get on some music-based reality T.V. program, release your album, get massive and then fade into obscurity after a year or three. This is a mentality that has become extremely pervasive in our society … but not to The Adarna.Hailing from Seattle, The Adarna is a band that is holding to the tradition that has fallen by the wayside for most of the musicians lured toward the brass ring on television—the tradition of writing great rock music, touring and playing anywhere and everywhere that can hold an audience and a tireless work ethic that would kill most lesser musicians. Although they have only been around for four years, they have already completed four North American tours (while averaging about 100 shows per year), built their own tour bus (lovingly referred to as “Wendy”) and had one of their videos (for their song “Honestly”) air to an audience of 10 million households on Myx TV (one of the world’s largest Asian-American networks) and it was all done with the sweat of their brows. “It’s up to us to take [the music] seriously because somebody took it seriously in our life, and showed us and inspired us to find the music and the passion for it,” says William Moore, “So we owe it to them—the people who inspired us, and we owe it to the fans to go and be what they need us to be.”With their upcoming 2015-2016 world tour in support of their debut album How Perceptive (Soundgate Records), it appears that Moore and his band—comprising lead guitarist Andrea Jasek, drummer Murdock and newcomer bassist Ray Cheng-Dobson—will be busy sharing this passion with the world. When asked about the scope of the tour, Moore was brimming with excitement. It will officially begin in Salt Lake City at Kilby Court with Moneypenny and Departure on July 17. After that, “We kind of do a warped isosceles triangle shape back to Seattle,” says Moore, “Then, after that, we’re taking a few days’ rest, and then we’re going all the way to the East coast.” In Connecticut, they are going into the studio to record a new E.P., this will then be followed by a trip to the Middle East for a month, entertaining the troops overseas. This jaunt, which Moore describes as playing, “pretty much anywhere that’s very dangerous and somewhere you don’t want to be as an American,” might turn off most musicians. Yet Moore says it’s, “Something I’ve always wanted to do.” Following the Middle East, he says that the bands’ goal for 2016 is, “to hit Europe or Asia.” This rigorous schedule further illustrates their commitment to bringing some amazing rock to any audience in any locale.Musically, theirs is a show in which Moore says they will be playing “At least four of the songs off [How Perceptive].” More so than that, though the one thing that both the band and their fans are excited about is the fact that they will also be performing some of the new songs from Ítheir upcoming E.P., “The big thing about the tour is, this is also kind of our time to make sure we got the songs that we wrote are going to be good for the album. So we’ll be testing those out on people and figuring out what they like.” For a fan of The Adarna who has never seen them play before, this musical selection alone would be more than enough of an incentive to make one buy a ticket. Those who have already witnessed The Adarna live, already know that, although the music is amazing and is a selling point, it’s the band’s ability to put on an extremely high-energy and visually exciting rock n’ roll performance that truly inspires awe.At an Adarna show it’s not uncommon to see Jasek, Cheng-Dobson and Moore performing a myriad of stage antics that would make the Tasmanian Devil green with envy. In fact, their performances are so physical that there have been times Moore has literally broken parts of their stage setup. In 2013 and 2014, they had light boxes as a part of their stage, which would illuminate whichever band member happened to be standing on it at the time, adding a great amount of intensity to the lighting element of the show … until Moore broke one. “The problem is, two tours ago I put my foot through the lights. I got up on top of the drum riser and jumped up and put my foot through it,” he says with a laugh. So although the boxes may not be there, the high-octane, frenetic energy the band displays will be.

So, if you love melodic, high-energy rock, then there is absolutely no reason you shouldn’t be at Kilby Court on July 17 to witness it being performed by a truly great band.