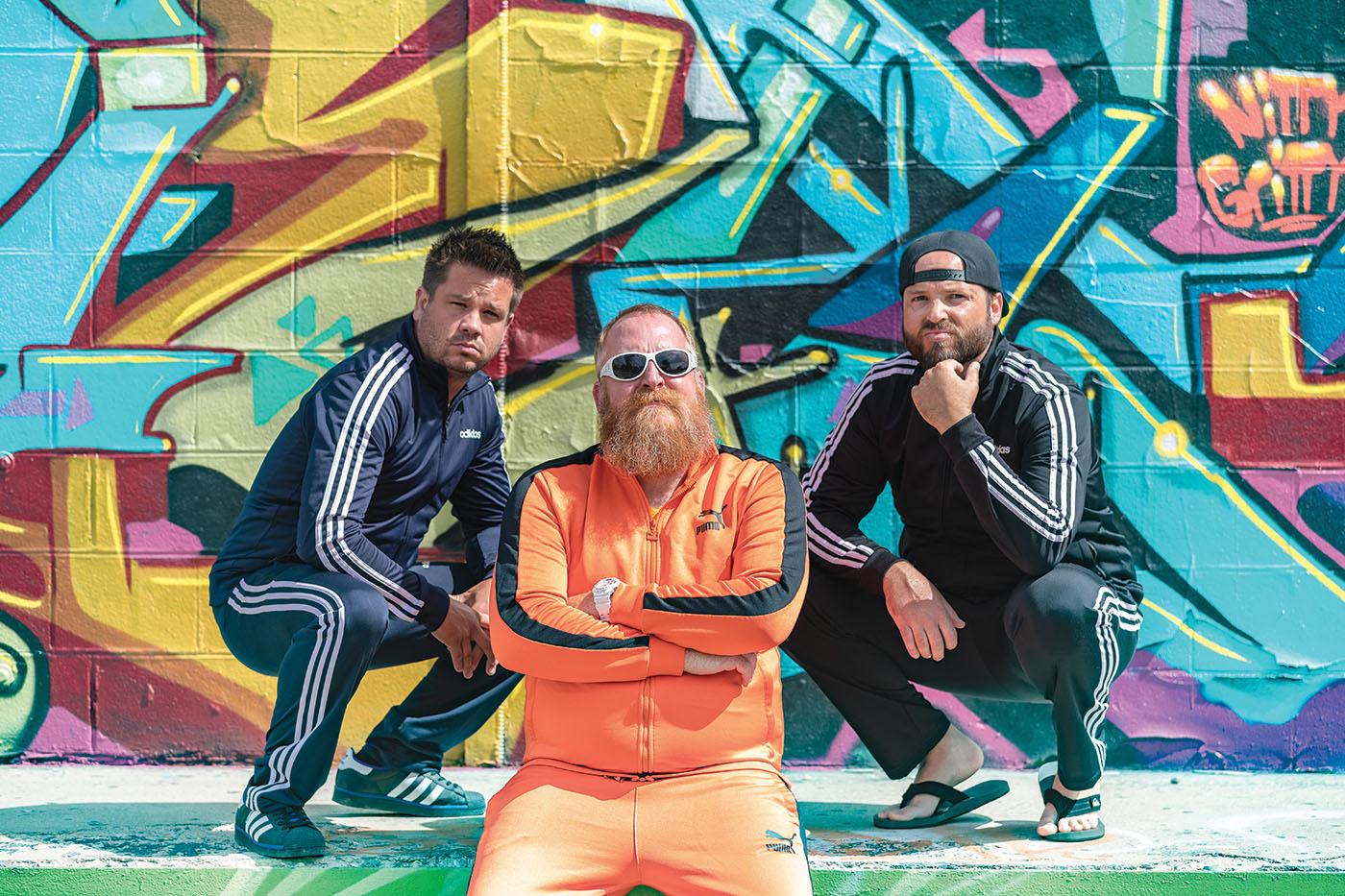 Throughout the year, we’ve had to adapt to social distancing and gathering restrictions, but this December, SLUG will host Virtualized as a safe, virtual way to celebrate local bands from the comfort of your own home. Premiering on SLUG Mag’s Youtube channel on Dec. 18 at 8 p.m., the virtual live show will feature bands Thunderfist, Fat Candice and Los Rojos. Even though going to a venue and rocking in person isn’t an option, fans can still cozy up around their TVs, phones and computers to get a dose of rock and roll.

For many, the global pandemic has made everyday life come to a screeching halt. As the months have flown by, a lot has changed, and we’ve had to adjust to a “new normal.” A life that used to include going to parties, concerts and other shows is now filled with streaming and virtual get togethers. Luckily for rock fans, local group Fat Candice was able to get some fresh material ready. Releasing an album during a pandemic is logistically tricky, but the band is coming up with ways to get their music out to the world.

Fat Candice is a high-energy band with a loud and fast sound. Formed in 2012, the group has influences that draw from rock and grunge of the ‘90s. “That era was special,” says vocalist and guitarist Rob Alvord. “Rock’s always been a rebellious and gritty genre, but the glam rock of the ‘80s felt more like commercialized/artificial rebelliousness and grit. Then suddenly, you have a band like Nirvana who brings the real thing to the mainstream by bringing an underground sound to the masses,” he says. Alvord also mentions the reason Fat Candice is drawn to rock from the ‘90s is because it blends several different styles together. Elements from punk, blues, metal and folk can be found throughout the music of that decade. Not only that, but the vulnerability of the artists is a draw as well. “Lyrically, there was also a ton of vulnerability that the artists were exposing to their audiences by singing about their depression and childhood abandonment,” Alvord says.

“Rock’s always been a rebellious and gritty genre.”

One thing that’s important to note about Fat Candice is that the name isn’t a dig on anyone. This is a question that gets asked a lot, and Alvord wanted to clarify. “Sometimes people suspect the band was started as a way to make someone in specific feel bad. The name worked well because it was so easily remembered when you hear it, so it just stuck. We aren’t making any statements about body types; it’s just a band name that doesn’t mean anything. The band could have just as easily been named ‘Sleepy Gary’ or ‘Old Greg,’” he says.

Like countless other bands, Fat Candice has gone through many iterations before landing on the current lineup. Alvord says he had been playing bass with other groups, as well as acoustic sets, but wanted to get to his roots of early ‘90s alternative. In his mind, he wanted a bass player akin to Nirvana’s Krist Novoselic. “A big, tall, goofy, energetic kind of guy,” he says. Soon after, Alvord ran into Clark Cannon, and the rest was history. Drummer Adam Ridd was found using a local musicians group on Facebook, and he clicked right away. “The band has actually had about five drummers since we started in 2012, but the current lineup is by far the best and here to stay,” says Alvord.

As mentioned, Fat Candice has new music for fans-—six new tracks, according to Alvord. The process of coming up with new material is different for everyone, but Alvord says it’s important to stay humble. “Sometimes the band takes an idea I had and completely does something better with what I originally had in mind,” he says. He also mentioned it helps to try and absorb others’ work to draw inspiration not just by listening, but by covering their material as well. “If you study the greats, such as Lennon and McCartney, you’ll find that even they spent years covering other artists and drew heavy influence from outside material when writing,” he says. “I always have to wait until some kind of magic moment, when something great just decides to pop out. It feels more like capturing something that’s in the air and less like creating something out of nothing.”

“I really work hard to give us an eclectic array of styles between songs.”

Alvord mentioned it’s important for him to record ideas on his phone when something comes to mind before it disappears. The songs on this new album sound enough like Fat Candice to be recognizable, but incorporate some new elements as well. “I really work hard to give us an eclectic array of styles between songs. This album even has a bit of funk, which is really out of character for us so far,” says Alvord.

Fat Candice has been able to play a few shows recently, and were also able to work on their album before getting into gigs again. One song they enjoy playing is a new one called “Dancing in a Leotard.” Alvord says it’s a fun and silly song that the audience enjoys. In addition to their material, Fat Candice also covers Primus’ tunes live. “I don’t think any local bands do that,” says Alvord. “It’s fun to see people’s reactions.” Catch a taste of Fat Candice’s energy at SLUG’s Virtualized on Dec. 18 at 8 p.m. on SLUG’s Youtube channel.