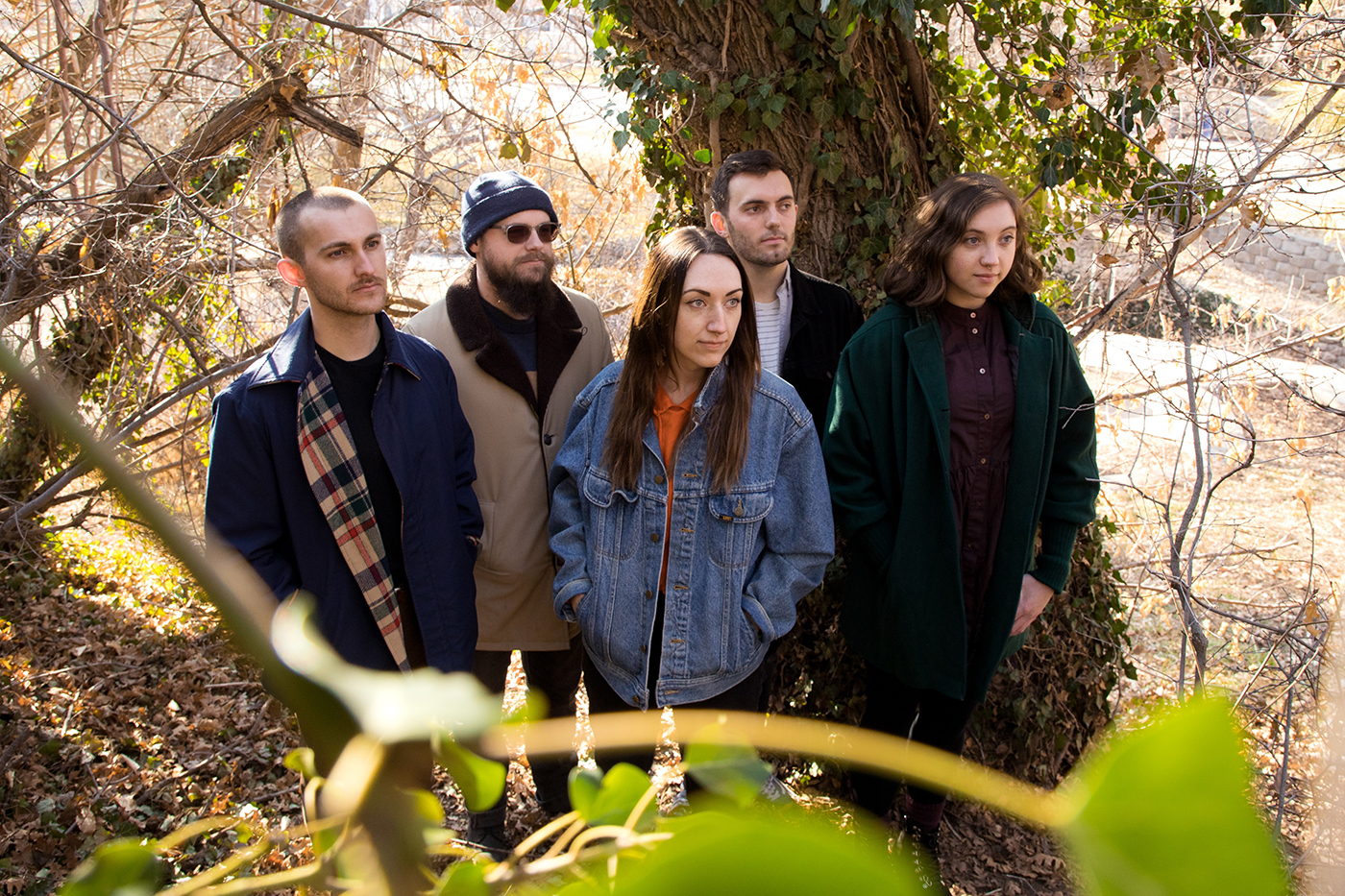 “We wanted a name that was simple and didn’t give any indication of what genre we played in. Sometimes when you hear the name of a band, you know exactly what genre they’ll be in, and we wanted to avoid that so we could go in any direction we felt like,” says Devin Richie, addressing the name of SLC band Herring.

Ultimately, this quote embodies exactly what Herring represents through their sound—a unique separation from genre labeling. The five-member ensemble creates sounds that do not fit into one specific category. “What you hear—especially with the new songs we’re writing—is the unification of all our ideas into a song that makes us excited,” says band member Lexie Wilson. Herring’s music is a coming-together of the sounds that each individual member of the band identifies with. The end result is a multi-genre tracklist that can appeal to all those who appreciate ardent musical talent and good vibes.

Herring first began as a duo project in 2017, consisting of Caine Wenner on drums and Devin on vocals and guitar. Wenner has been involved in music since his youth, eventually playing in other local bands such as Anthropology, Anodos and The Gontiks. Coming together to form Herring, Wenner and Devin produced the band’s first, self-titled album close to two years ago. And after adding on the three other members—Nate Richie and Emma Roberts on guitar and Wilson on bass—the five-piece is working toward Herring’s second album.

“Herring was a Caine-and-Devin project for a long time, and they wrote the first album themselves,” says Wilson. “Caine was in school and Dev was unemployed, so they spent nearly every day just jamming and sharing ideas (also skateboarding and home-brewing beer).”

“What you hear—especially with the new songs we’re writing—is the unification of all our ideas into a song that makes us excited.”

The other three members came on naturally: Wilson notes that she and Devin are dating, as are Wenner and Roberts, while Nate is Devin’s brother. She says, “We started playing music together because Emma and Nate are very experienced, unique guitarists, and I think Caine and Devin were excited to bring [Emma and Nate’s] artistry into album number two. And I’m just the cute bassist (fingernails emoji).”

Each member of Herring brings in a specialized element to create their sound. Wenner notes they are all multi-instrumentalists to an extent, meaning every member contributes and gives inspiration to different elements of new tracks and ideas. He says, “Other music projects I’ve worked on over the years vary pretty widely, from math rock to synth pop and lots in between. Since we take a collaborative approach to songwriting, a lot of different styles end up making it into our songs through each of our own musical histories.”

Wilson says, “We’re a close-knit group of friends with similar tastes in music, and we use differences in tastes to challenge the vibe of the music we write.” Devin recognizes that Herring’s sound naturally progressed from an indie-rock taste into more of a post-punk direction.

“Our collective sound has evolved into an art/space rock/punk with a sprinkle of shoegaze,” says Roberts. “Herring’s sound has become distinctly more ‘moody.’” With multiple minds dedicated to the creation process, Herring is able to create innovative tracks with enhanced instrumentals and elevated songwriting.

“Since we take a collaborative approach to songwriting, a lot of different styles end up making it into our songs through each of our own musical histories.”

The progression and evolution of Herring’s sound can also be traced back to each member’s distinct musical influence(s), ranging from Pixies to Wolf Parade to Primus to The Smiths. “I’m inspired by artists who bring a unique, minimalist sound to a project where the other guitar or bass is taking the lead,” says Nate.

Due to self-isolation during the pandemic, writing future tracks for Herring’s upcoming album and regular jam sessions had come to a halt. The band was previously on pause for the better part of 2020, but they have hopes for a new album by early 2022.

And though COVID-19 has been a setback to their growth, the band notes the SLC music scene has been especially welcoming as Herring takes its first steps.  “Salt Lake City has such a vibrant music scene with countless great bands,” Wenner says. “The strong sense of music community is a huge benefit not only for the motivation to create but also to be able to play shows with these people.”

Be sure to tune into Virtualized on Feb. 19, and keep an eye out for new music from Herring on their Instagram @herringtheband and on common streaming services.