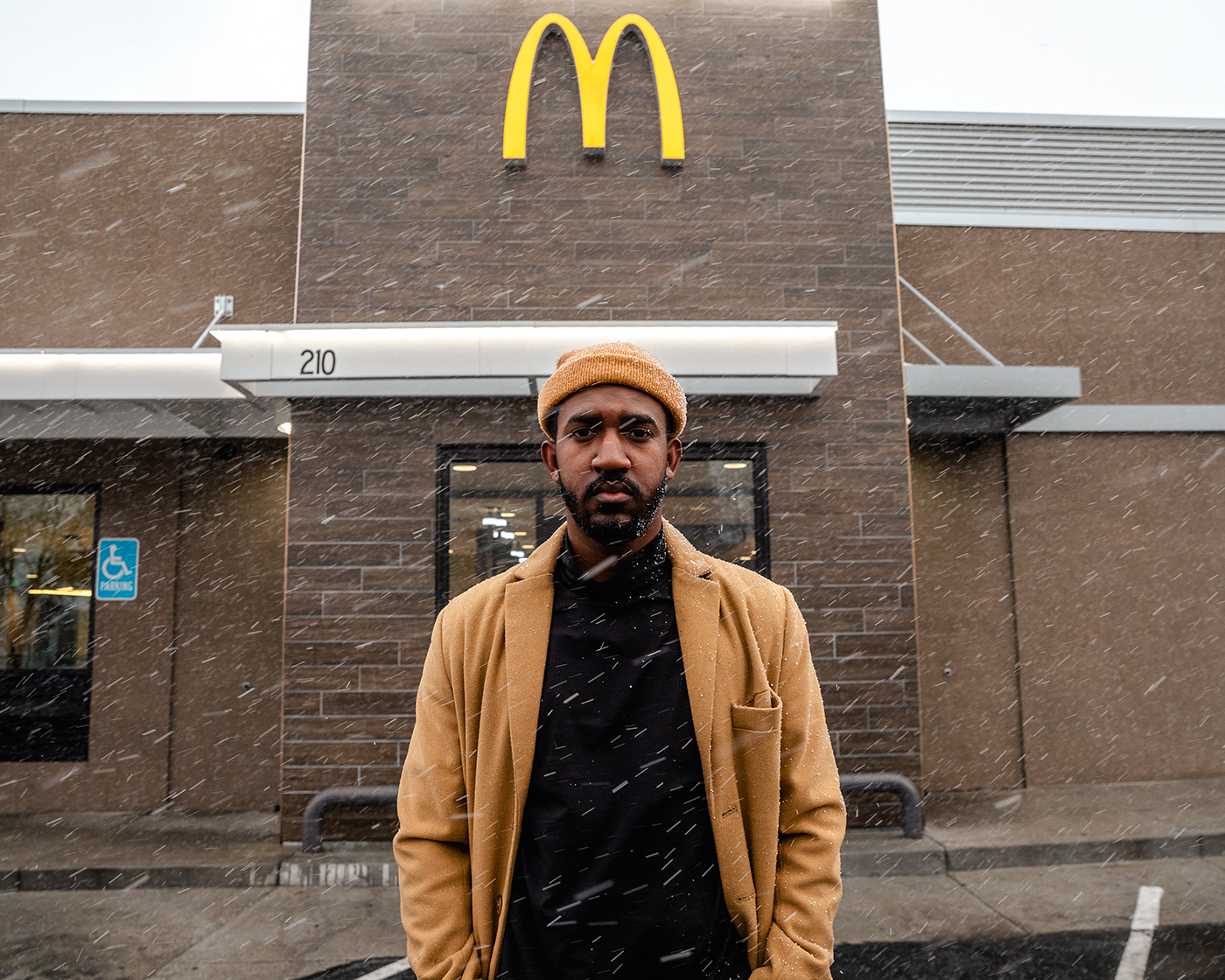 SLUG Mag’s April Virtualized: An Online Concert Featuring Utah Bands showcases Jay Warren, Bri Ray and Dee-Dee Darby-Duffin. Both Warren and Ray are R&B artists in Utah, and both are very in tune with their respective creative processes. Check out SLUG’s Virtualized sponsored by The Blocks on April 23 at 8 p.m. on SLUG Mag’s Youtube channel.

Jay Warren is a careful artist, in the sense that he’s very strategic and detail-oriented about every moment of his creative process, from how he records his songs to how his ideas are formed and even down to the chord progression of his tracks. Ultimately, this carefulness has paid off for him—his debut album, Give Love, charted #1 on the iTunes R&B charts, making Warren the first Utah artist to accomplish this. In my review of Give Love for SLUG, I noted that the album seems to be a “love letter to music itself.” This careful attention to every aspect of music is something that Warren developed when he was young.

“I’ve been singing since I can remember,” Warren says. “My mom tells a story of me trying to sing along with Whitney Houston’s ‘I Will Always Love You’ at 18 months old.” Warren’s first real musical memory comes from the 2nd grade, where he sang a solo in front of the class. From that moment on, he was involved in school and church choirs, bands and more. He taught himself to play piano in high school then started writing his own songs.

While there’s not a specific moment Warren can recall where he fell in love with music, he does have a chronological Spotify playlist of 35 albums that have “shaped who he is musically.” The first album on the playlist is Michael Jackson’s Thriller, and he fondly recalls it as “the first album that I really just listened to the entire way through and absolutely loved it.”

“I’ve been singing since I can remember.”

While writing Give Love, he listened a lot to Thriller. “One of the things that I love about that album is that it is so versatile. It’s all over the place, genre-wise. And as I was listening, I [thought], I would love to be able to write songs, kind of in any genre, and just write good songs,” Warren says. It’s a goal that Warren ultimately accomplished in a way that comes across seamlessly to listeners and upholds the album’s consistency.  Although Give Love is listed under “R&B and Soul,” it has pop flairs. The soaring vocals are akin to soul music, and everything from club bops to romantic ballads are interspersed throughout. It showcases Warren’s extensive range as a musician.

Despite the cohesiveness of the album, Warren doesn’t have a practiced approach to creating music. “Certain songs, I’ll just sit down at the piano and I’ll just start messing around with some chords and find a chord progression that I really like,” he says. From there, he hums along and tries to find a melody, then come the lyrics. Other times,  a producer will send over a track and he’ll write to that, which was the case with “Outta Your Arms.”

“I would love to be able to write songs, kind of in any genre, and just write good songs.”

When it comes to the production process, Warren learned early on he didn’t want to get too involved, stating that it was easy to get overzealous. “For the Give Love album, I kind of took a backseat on the production,” he says. Warren would come up with the demos—keys, vocals, and sometimes drums—before sending it to Nate Waite, the executive producer of the album. Along with producers Mike McClellan and Chance Clift, the team would pass the tracks back and forth with revisions.

It all comes back to the same careful consideration Warren has had throughout his career. Give Love was “in the making for three years,” and he specifically wanted to wait until he had a significant fan base to release an album.

“The silver lining [of the pandemic] was that I could spend a lot more time on the album than I normally would be able to.”

Over those three years, Warren and Wade worked on the album in almost stolen moments, since both of them have families with young kids. “Most of the album was recorded between 11 p.m. and 4 a.m.,” Warren says. But there were memorable moments during the recording process—like with the lead track “‘Go Slow’—that actually happened by mistake. “I was trying to finish writing ‘As I Am,’ and I was trying to find another chord progression because I felt like it was getting too repetitive,” Warren says. “I was going back and forth between these two chords and I started playing it a little bit faster, and I was like, ‘Oh, I think this is a different song.’”

While the pandemic has thwarted plans for live productions, Warren has been working to make sure that the songs go over well live when the time eventually comes. He says, “The silver lining [of the pandemic] was that I could spend a lot more time on the album than I normally would be able to.”

As the light at the end of the tunnel for live shows begins to grow brighter, his team is ready for the next phase of his career—growth. “I think we’ve done a really great job of trying to get my name and face in front of people in the region, and so the next thing is to go national,” I don’t doubt that with such a careful approach to his craft, Warren will succeed nationally. But, we won’t forget him here in Utah—nor he us.