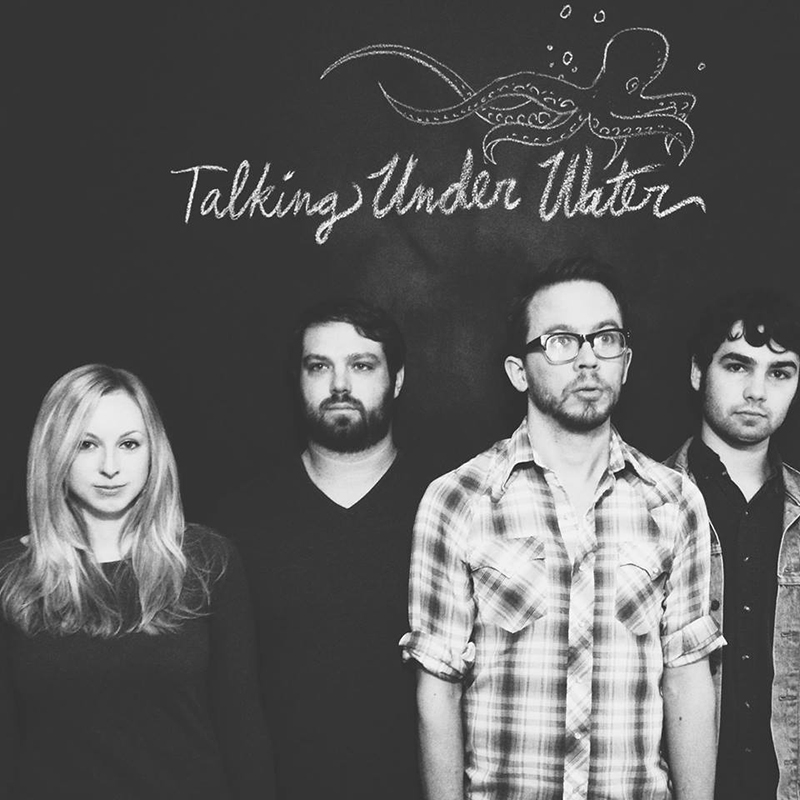 Talking Under Water is the new project from Dave Chisholm, formerly of storied SLC bands The Brobecks and Let’s Become Actors. Since leaving those bands Chisholm has moved across the country to Rochester, NY, where time and distance have done his songwriting some good. While still in the same vein as his former projects, Tossing & Turning EP has an added depth and artistry that helps propel it beyond his previous output. Despite limiting themselves to a piano/cello/guitar/drums setup, Talking Under Water have crafted a fine, four-song EP that covers a lot of ground. From the Western-ish rock n’ roll feel of the title track to the contemplative and jubilant closer "My Song," there is plenty here to hold the listener’s attention. This is an extremely confident debut, and I expect to see a lot of interesting and exciting music coming from these guys in the future. –Alex Gilvarry