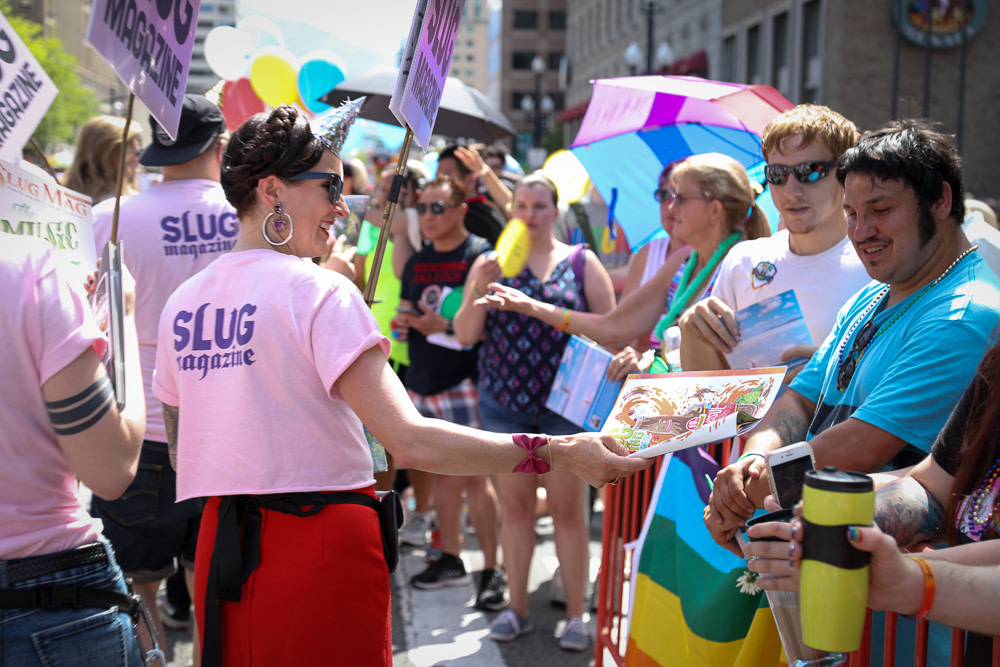 The pride festival just might have started as two pickup trucks full of beer and friends in the ‘70s, but it has grown into tens of thousands of screaming supporters crowding a parade route and filling a festival. The 42nd Utah Pride Festival made good on its theme of Pride Elevated as group after group marched in solidarity straight up 200 South on June 4, 2017. Another sign of elevated pride came with the festival’s increasingly mainstream sources of sponsorship from corporations such as Adobe, Bud Light, Delta Air Lines and Wells Fargo.

Marching in the parade is a multi-hued assault on the senses as rainbow after rainbow bewilders the participants: rainbow socks and balloons and banners; rainbow flags and stickers and streamers; rainbow floats and flowers and bicycles. It’s six blocks of colorful love and a testament to the increased support the LGBTQ+ community has from Salt Lake City. The support is there all year long, of course, but it’s never as loud and as proud as it is during Pride. It’s important to turn up the volume on Salt Lake’s silent support for diversity every now and then, and that’s why the parade is crucial to the LGBTQ+ community.

That same support is seen in the pages of SLUG Magazine every month where coverage has included Utah’s Familia, Stand for Queer Lives, a Creature Feature column on local queer performers, Pride week events, We Are Here and Damn These Heels. No matter how mainstream support for Utah’s LGBTQ+ community becomes, it’ll always be celebrated in the pages of Salt Lake Underground Magazine.