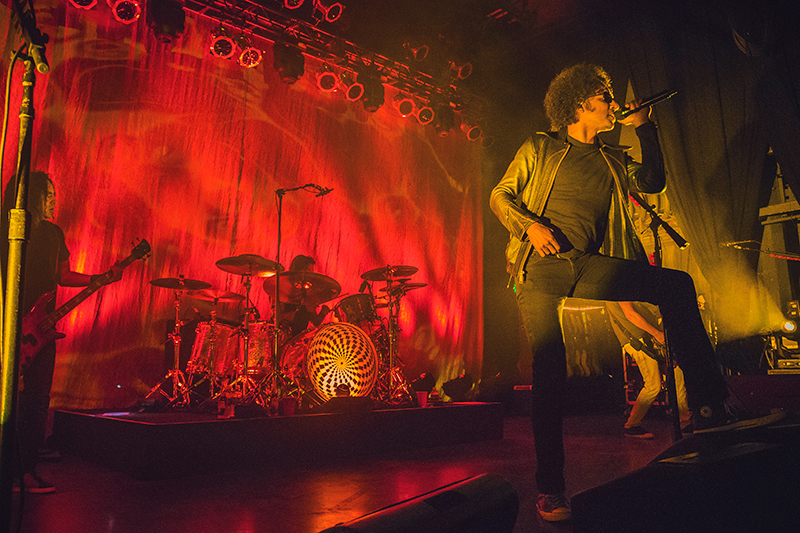 From the moment he started with Alice in Chains in 2006, William Duvall has been a powerhouse whose vocal performance really accentuates the band’s unforgettable sound. Photo: Talyn Sherer

Alice In Chains Photo Gallery at The Depot

Monday night marked a historical event as Alice in Chains made their debut at The Depot to a sold out show full of fans old and new. After having lost two of their founding members—Layne Staley on vocals and Mike Starr on bass—the band took a three-year hiatus in 2002 to determine the fate of the band. While Mike Starr had only served with the band for its first six years, his legacy lived even after his death here in Salt Lake City. Many skeptical fans came out to hear Alice in Chains new vocalist William Duvall perform some of the hit songs that had skyrocketed the band to superstardom and he did not disappoint. Through a unanimous consensus fan after fan said his tone was spot on to Staley and his stage presence was just as intense. While many believe Layne Staley could never truly be replaced DuVall had proven that he is a worthy contender and a perfect fit for the future of Alice in Chains. After being ushered through the shoulder to shoulder crowd at The Depot and making my way up to the front of the stage, the band immediately began melting my face. While I grew up on the sounds of “Rooster,” “Man in the Box” and “Nutshell,” the band’s newer material like “Check My Brain” and “Phantom Limb” were enough to keep me a long time fan of the band and the direction that they are heading in the years to come.