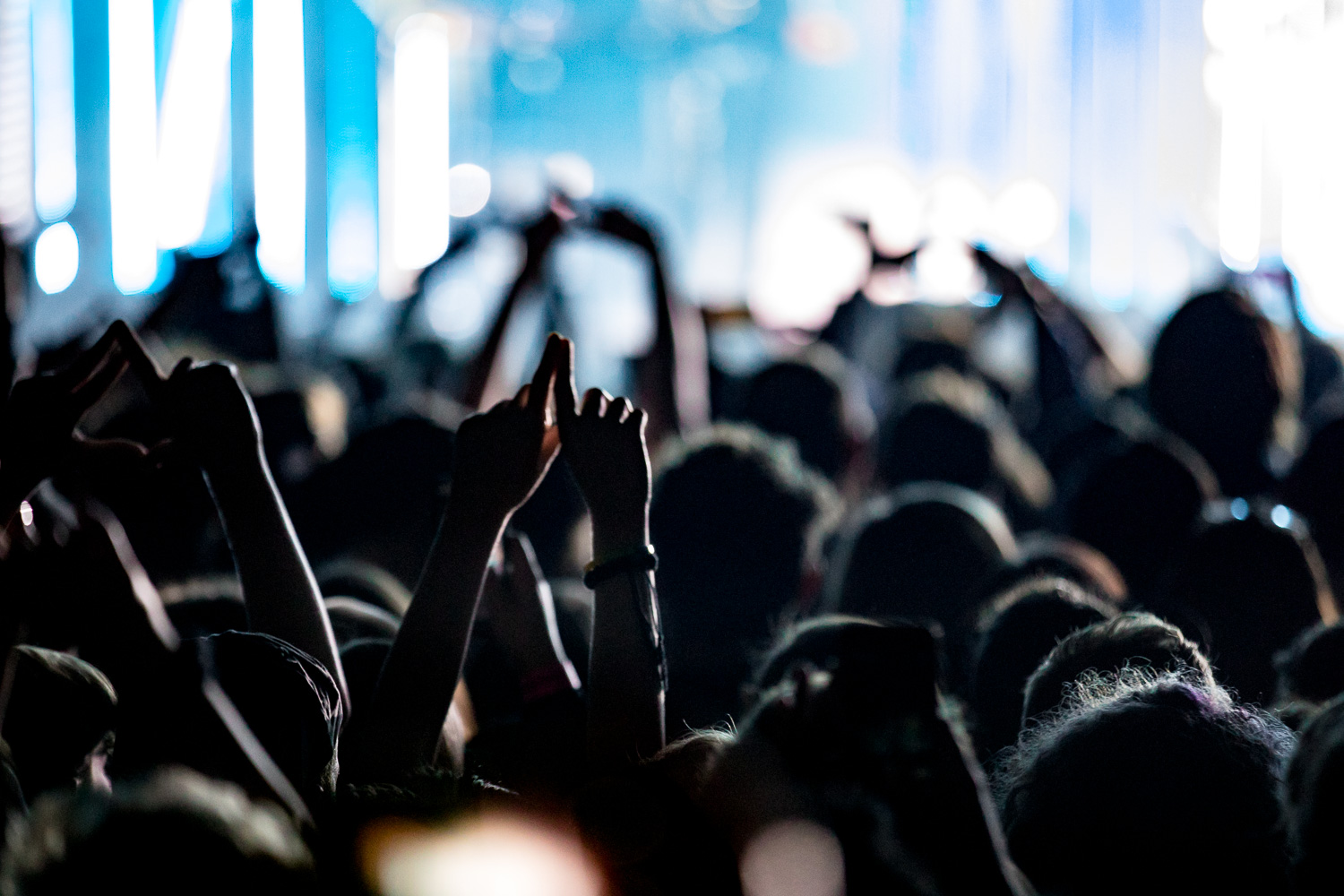 Hands of the audience members making the alt-J keyboard symbol gesture with their hands as the music blasts. Photo: Lmsorenson.net

I am continually amazed by the existence of a building, on the edge of a salty lake without any other structure around for miles, that continually hosts event after event. I find myself outside the The Saltair, in line with handfuls of early-bird fans keen on claiming their front-row positions. The night’s entertainment is the U.K.-based, indie rock/electronica–style trio alt-J, along with musical guest Twin Shadow from the L.A. area. The lines form quickly as the crowd heads in. Luckily, it is a lightly breezy spring evening, and no one is too cold and spirits are high. As the doors finally open, fans talk among themselves and share what songs they are most excited to hear from the popular headliner, with many naming “House of the Rising Sun,” “Hunger of the Pine” and “Tessellate.”

First up to the stage, George Lewis Jr., aka Twin Shadow, takes center mic with a guitar along with his supporting keyboardist and drummer. Twin Shadow plays to a building crowd and fills the venue with a style reminiscent of the synth pop wave of the 1980s mixed in with poppy, funky and sexy vibes. After Twin Shadow tell the audience that he is happy to be back, having played four years prior, it’s easy to see that the feeling is mutual based on the amount of hands in the air and feet off the ground.

During the all-too-dreaded set change, people rush to the bathroom, grab a poster, T-shirt or, in the case of this event, condoms! Shout out to the Utah Aids Foundation, who were on location giving away free condoms and free information to anyone and everyone, encouraging all the concert attendees to be safe and educated while enjoying their concert.

Now up to the stage, alt-J, the U.K.-born indie group that skyrocketed to popularity on this side of the pond, especially with their third album, Relaxer, released and tracks being featured in Hollywood hits such as Captain America: Civil War. Taking the stage to a tri-sectioned barricade of pulsing light towers, alt-J members Joe Newman, Gus Unger-Hamilton and Thom Sonny Green plant their feet and play their first track. Keeping with their established electronic base with the identifiable sound and vocals, alt-J play fan favorite hits such as “Breezeblocks” and “In Cold Blood,” and deliver a rare live performance that displays consistency in sound quality with their album sound. The entire house is pumping with energy, and if someone’s hands are not occupied taking a cell phone video, they’re in the air waving with the beat throughout the night.